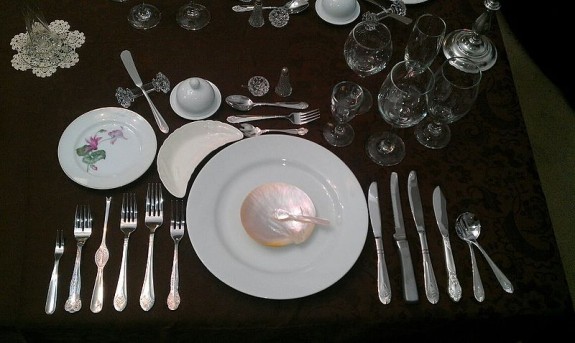 Treat other people the way you want to be treated. The golden rule!

It might not be the easiest to follow but at least when in direct face-to-face contact, people tend to make an effort to use some basic good manners. So, why is it when face-to-face interaction is removed, shit hits the fan?

Social media etiquette is something that in this age, musicians must know.

At the least, social media can play a role in spreading the word about your music. When used well, it can allow you to connect with fans, build your brand and even have a global reach, without leaving your bedroom.

As you build your social media presence, keeping good social media etiquette in mind will help you avoid some early, damaging pitfalls! Here are some basic guidelines.

Before you begin posting, take a look at what you like to see posted both on a personal and professional level. Odds are, it’s a combination of things—whether that is cat pictures and music videos, interesting articles and music reviews or political rants and memes, figure out what you like. Now, quite simply, begin to post it!

Once the campaign has run its course, allow a natural decline, when you don’t ask anything of your fans.

By posting what you would like to see posted, you are giving your social media profiles your own unique spin. You are sharing yourself with the world. Good job! That’s what it’s there for.

It’s important to note that I’m running under the assumption you don’t like to see posts where all someone is doing is talking about themselves. If you are in this camp and feel inclined to post about your music all the time, please don’t! Yes, social media can be used to promote your music (and that is the ultimate goal) but if you come across as one-dimensional and talk only about yourself, you’ll turn off all but the most hardcore fans.

Treat each social media outlet the way you’d like to be treated.

All of these outlets take time to manage, they have different times of day that are considered ideal to post, and some require more frequent posts than others. Take the time to create unique content for each outlet you use. If you can’t manage it all, it’s better to do a few networks well than every network half-assed.

For instance, if you have an upcoming show, post a shorter blurb about it on Twitter, tagging other bands and the venue, and use a hashtag that references the city you are playing in. Plan on tweeting in this fashion a few times. Put one longer notice on Facebook, and include an image or hyperlink that will draw more eyes. On Instagram, share a picture of the show poster.

If the time for this seems daunting, don’t hesitate to use programs that help schedule and consolidate posts. One great program is Hootsuite, which allows you to manage multiple social media accounts from one dashboard. You could schedule all of the above show posts during one sitting. You could even knock out an entire tour’s worth of posts in an afternoon.

A golden rule of gravity: What goes up must come down.

As you begin building your social network, keep in mind Newton’s Law of Gravity. In social-media-for-musicians terms, this means that you should have a natural rise and fall in what you post and what you expect of your fans. There will be times when you will want to take advantage of these relationships you’ve built: to talk about yourself a lot and reference your new album, or Kickstarter campaign, or whatever else is going on, and ask your fans to buy your new release and spread the word and hang up posters and…and….

You want to build up a great social media presence so that you can ask these things of fans—but once the campaign has run its course, allow a natural decline, when you don’t ask anything of them. If you constantly ask and don’t allow a break, you’ll burn out your fans.

The same rule can also be applied to posting on social media in general. You want to consistently post and keep fans engaged, but if you post all the time without engaging content, you run the risk of burning readers out.

If you are a data junkie, you can find plenty of science about when to post and what type of engagement to encourage, but when it comes to building a brand and making your social media presence “yours,” the above rules should be good guidelines.

If in doubt, try to take a step back and consider the golden rule. It’s easy to lose sight of it when you are behind a computer or an iPhone screen, but the simple act of making social media a little more human really helps.