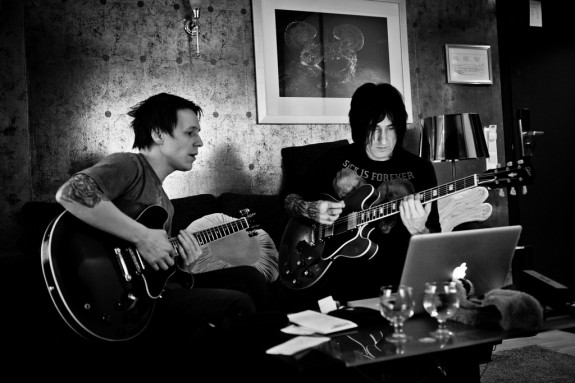 First of all, what is the middle eight, exactly? (The internet is split on this. Just check out Google.) Some people refer to this section as the “bridge,” but not Neal Warner, who has given us a satisfying definition of this somewhat squirelly concept and essentially argues for its return in songwriting. These things are hard to write, and maybe as a result of that people aren’t writing them so much any more.

Spoiler alert: The Beatles have set us an example (or three).

My favorite part of writing a song is writing the middle eight. Some people call it the bridge but I think of a bridge as a piece that bridges the verse to the chorus as in the No Doubt hit Don’t Speak. The middle eight is the break in the middle of the song where it goes somewhere else all together and then returns. It’s called the middle eight because it is often eight bars in length.

What’s great about the middle eight is that it doesn’t have to be there. These days it seems to have fallen out of style since few modern rock songs have one. It may be because it’s the most difficult part of a song to write.