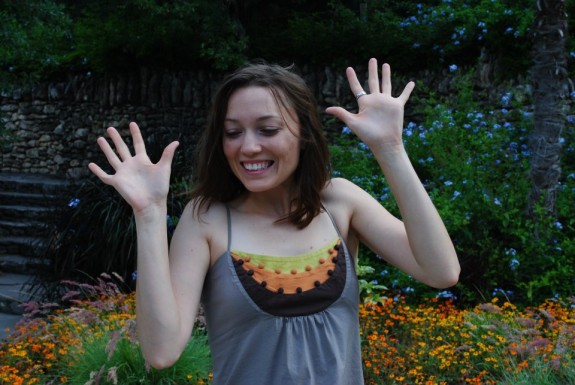 You want to go to college to be an actor?

Go to college to be an actor! You’ll roll on the floor and rub your organs and roar on all fours no matter where you go. You’ll make lemon-face and lion-face, and pretty quickly you’ll know whether or not your theater program is where you want to be.

While I did obtain a B.A. in Theatre, most of my energy during college went to the Anthropology department. My higher-level education wasn’t wasted, but it certainly didn’t further my film career. I became addicted to reading about human ecology and pathology. While the other theater kids would animatedly emit noises and fully explore animalistic movements in class, I’d get through the hour by distractedly thinking about an upcoming film audition or my next anthro course.

Simply, a theater education wasn’t for me. Probably because the theater isn’t my favorite storytelling medium.

I love the silence and intimacy of shooting a film, of sitting alone in a trailer, poring over a script and contemplating all the different suggestions of the text. I love being able to speak in a normal volume, to not have to cheat my body towards an audience, to have the finished film be a complete surprise, determined by the editing. Every take tells a different story, and you don’t know how that story will be told. The uncertainty of it all is what entices me.

My college training can be simplified to two resources. The first is Uta Hagen’s book Respect for Acting, which remains my most useful text for staying grounded. The second is Ian McKellen teaching Ricky Gervais how to act on “Extras:”

How do I act so well? What I do is I pretend to be the person I’m portraying in the film or play.

That is my most-prized advice I’ve acquired over the last eight years. Read it again.

I strongly recommend taking workshops with casting directors to understand what they like to see from their actors. Some like you to talk fast, no matter what you are reading for. Some will require you to stand still on a mark, others prefer you do whatever is comfortable. None of them like to sense your desperation.

If you hate structured learning, going to a rigorous acting program probably isn’t a good idea. As much as I love to imagine myself enjoying a film-intensive, I’d probably throw down $15,000 for the summer and then kick a hole in the wall after class every day.