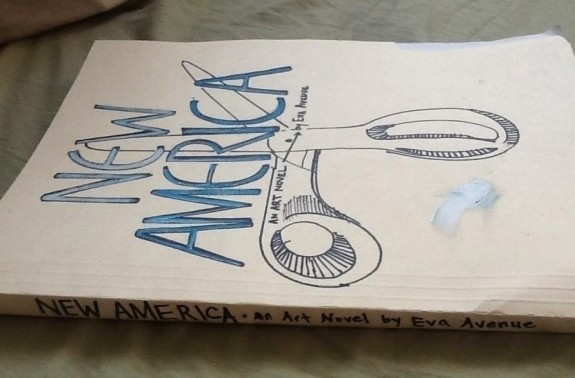 In the ’70s, after hits like Easy Rider, Sweety Sweetback’s Badasssss Song and The Godfather broke the Hollywood Studio machine forever, the film industry experienced renaissance of auteur filmmaking.

They realized they had no idea what made a movie a hit and, for the first time, were open to suggestions. While continuing to rely on directors and stars that were proven money-makers, they started to take more risks on new, unproven directors and films with unconventional storylines and themes.

Though the parallel only goes so far, this is much how the publishing industry used to work.

You had your popular authors, who were steady sellers. You had your popular genres. You had books that were cheap knocks-offs of these big sellers, much like exploitation films and B movies were knock-offs of big hits. But big publishers, more than Hollywood, could afford to take risks, and did. Books were cheap to print, and sometimes might hang around on bookstore shelves and in libraries for months or years until they found their readers.

Prior to the blockbuster model, movies, too, hung around theaters for months until they found their audiences through word of mouth and a slow build-up of positive buzz.

In the late ’70s, with hits like The Exorcist, Jaws and Star Wars, the blockbuster was born. The notorious failure of Michael Cimino’s 1980 western epic, Heaven’s Gate, with its long running time and overinflated budget, ushered the end of big studio auteur films. Hollywood stopped taking risks. The opening weekend became the ultimate determiner of success or failure.

In recent years the publishing industry too, has adopted this blockbuster ideal. In workshops and writing conferences, writers are encouraged to come up with a Hollywood style “elevator pitch:” a concise, two-to-three sentence description of your book’s premise and high-concept hook.

Editors are looking for the next Harry Potter or 50 Shades of Gray. Like Hollywood, every book has to be a potential blockbuster. The problem with this thinking is that your failures, your midlisters, and your books that just break even will always be the same books that you thought were potential break-out hits.

But what’s wrong with a midlist book? Why always the blockbuster mentality?

If a publisher thinks a book is going to be“midlist,” this essentially means they think the book will make money. That seems like a fair risk to me. But for most big publishers, midlist isn’t good enough. It has to be a potential breakout hit. But if a publisher thinks there’s a good chance a book will make money, the next question should be: Is it a good book? And is it something they could feel passionate about? Answering the last question becomes difficult when looking at books as blockbusters, rather than good books. There’s no magic formula to a hit book.

Let’s say that before Harry Potter, conventional wisdom in the publishing industry was that high-fantasy books with wizards in them didn’t sell because previously published books with the same themes hadn’t sold that particular year, or month or decade. Or they decided that because The Cat in the Hat was successful, all children’s books should rhyme.

You can’t see a book for what it is if you’re spending half your time factoring in imaginary pluses and minuses gleaned from the superficial aspects of other successful or unsuccessful books. Quality can’t be quantified. Nor can popularity.

I don’t think editors and publishers have ceased to follow their passions entirely.

This is, after all, the reason they got into publishing in the first place.

Publishers and editors do what they do because they have a genuine love for books. They want to make good books. But when all the smaller houses are being eaten up by major conglomerates who don’t share their passion, and for whom the bottom line is all that matters, the pressure is on to come up with those blockbusters.

And it’s easy to get distracted by this blockbuster mentality. It’s easy to forget why you got into the field in the first place.

Both Hollywood producers and book editors, when pressed, will admit that they have no idea what makes a hit. Not really. They know that following trends is one way to make a successful book. But all trends start somewhere. We’ve all heard about authors who had successful books that received dozens of rejections until one publisher took that risk.

A publisher had to take a risk on a book that didn’t look like anything else on the shelf for that trend to happen.

And the stakes are much lower in publishing. These aren’t multi-million dollar enterprises like movies, and we shouldn’t think of them that way. Publishing is always a risk, and the industry is fiercely competitive. But what makes a great book can’t always be summed up in an elevator pitch. And sometimes good literature is worth the risk.