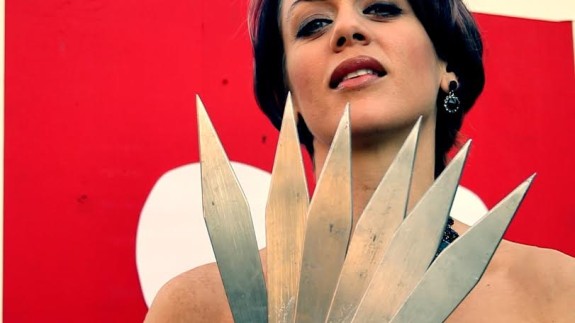 As an artist, especially in Los Angeles, and the film/TV entertainment industry, you end up putting a lot of effort in to things that may or may not have tangible results.

You keep up your fitness and appearance, you train in six classes/week, you write specs and take lunches, meetings and auditions to remind everyone in this confusing city that you are here, a fountain of cutting-edge creativity, and can be trusted to deliver. And then you wait.

You spontaneously book and actually put material on film for someone else’s project. Then you wait some more. It’s taken four years for one of my low-budget films to be distributed publicly. I am in no fewer than nine projects in post-production as we speak. It’s been three years of pitching one of my TV concepts. I’ve only ever worked one day in a restaurant, but sometimes it still feels like I’m a professional waitress.

Sure, the process is what moves artists. But waiting is hard.

We love the creation, the connection, the humanness of it all. But sometimes I just want to see something I made actually happen! Like anyone, artists feel accomplished by seeing tangible results, and this industry tests our patience, resolve and faith in that area every day.

So there I am, Twitter-chatting with a musical artist I’ve admired for almost a decade.

I still can’t believe I can speak with him personally; I so admire his production and originality. I find myself suggesting that I create a music video for one of the great Tech Itch’s songs. He’s such a real and deeply generous man, he says go ahead; use his music and put something together. Then he sends me three whole albums of new material—some of it unreleased. What an incentive, and what an honor!

Of course, I don’t want to make a big production fiasco over it. I want to make something now and see results. So last Monday, my crew friends on the TV show “RAKE” construct a new target board for me (what men!). Tuesday, I take my GoPro, Canon 7D and Panasonic HD to the local park and set up a three-camera knife-throwing demonstration. By Friday, I edited it down in Final Cut Pro X.

It may not be the prettiest location, it may not be the actual music video I still intend on producing, but it is a damn fine piece with some really cool elements created with lots of peer support, no stress and finished in under one week. Ahhhh….

It’s so good to see something I shot complete. I hope you enjoy all of our work in Cupid’s Dagger, with a knife-throwing demo by Tonya Kay.