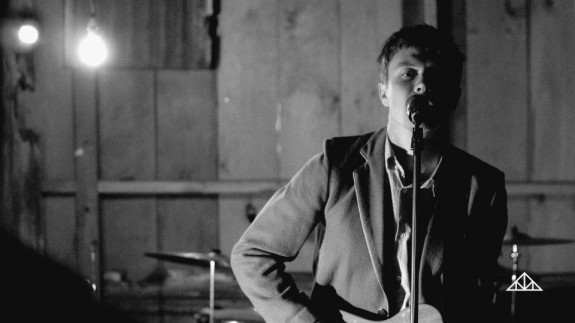 I studied music at university, completing a degree in contemporary music at the University of Otago in Dunedin, New Zealand. Dudelin is a hilly, gold-rush city of old stone and Gothic architecture at the southern end of the Pacific.

The music programme is led by one of my country’s greatest songwriters: Dr. Graeme Downes, of The Verlaines.

He once told me that he was frustrated at not being able to write the songs in the way he imagined, so his partner told him to go back to university and find out.

So at the peak of New Zealand’s jangle pop revolution, he started a PhD on Gustav Mahler. Mahler’s influence comes through in Downes’s incredible harmonies. He turns a guitar, bass and drums into a tortured symphony.

I couldn’t figure out how to insert what I had learned into a song of my own volition.

The most important part of the course, which Downes took himself, were the songwriting papers. He taught us about mistakes he’d taken years to figure out he was making, like putting the right stresses on words or how to avoid perfunctory rhyme. He analysed songs to show us how they used theory tools like harmony or irregular song structure to achieve their point. His lectures were like watching magic tricks being unveiled.

After I got out of university, I found myself having trouble writing.

In class we had critiqued one another’s songs, pointed out all the things that could be fixed in them. But we hadn’t needed to cover what to do when you can’t write a second verse. I hadn’t needed to. I hadn’t been precious about the assignment songs, so I had finished them quickly. The songs I cared about were still being mined from my teenage emotions and the bewildering experience of starting university.

In some ways my new problem appeared to be my critical faculties.

Studying music had greatly increased my ability to critique a song, to suggest ways to fix it. But that was a skill I needed when I had a song 85% finished, and the same critical faculties were making me second-guess it before it reached that point.

All the authors I’d read at university, all the music I’d been taught to understand, my growing life experience with the world, and I couldn’t figure out how to insert it into a song of my own volition.

Songs did come—good songs—but far too slowly, and I never seemed to wield any conscious control over them until I got them to the editing stage. They either arrived or they didn’t, no matter how long I spent in the practice room.

It seemed to me that no matter how hard or how intelligently I tried to work, what I needed to get over a hump with a song wasn’t intelligence. It was magic, luck, divine intervention. I stayed up late in my rented practice room, staring at the streetlights on the hill. I stood outside in the sleet and smoked through the flu. I threw myself into long-distance relationships. I moved to a bigger city.

Even those things stopped helping after a while.

A few years ago I got desperate. Really desperate. And that led me to look into forms of education my rational mind would never have been able to stomach when I was at university.

I picked up a self-help book.

Anthonie Tonnon is a musician and freelance writer living in Auckland, New Zealand. He has performed around Australia, the USA and New Zealand, and has written for a number of New Zealand music publications.

View all posts by Anthonie Tonnon →