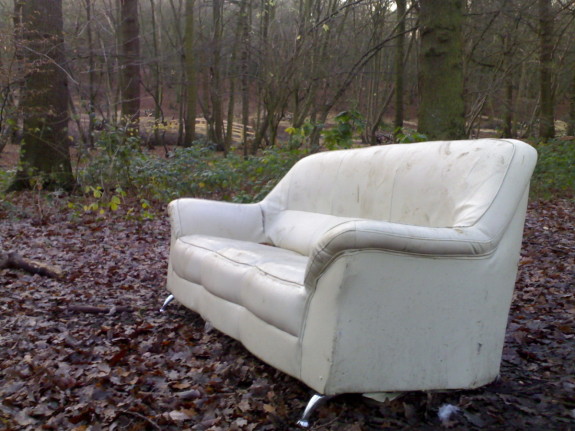 Just last night I sat down on my white couch with a giant glass of red wine after a long day of teaching and pinched the bridge of my nose in exasperation.

A few weeks before, I ran into dear friend and writer/funny man Mike Cecconi at an art show:

“Are you ready for the semester?” he asked.

“I’m nervous. I’ve decided to try something totally new with my English Comp course and I’m not sure how it’s going to go.” I sipped my Jack and Ginger. After I described the research project I’d designed my course around, Mike raised his eyebrows.

“Oooohhhh, Suzanne! You made the mistake of caring about what you do.”

I have willingly saddled myself with a tough semester, with a project that was my idea, that I designed, which could certainly blow up in my face. But I think it is certainly worth the risk, and I suppose, selfishly, if it does blow up—I’ve learned something.

This project is based on the French concept of psychogeography, something I picked up in grad school from dear friends Mike Smith and Ty Bannerman who have passionately lived psychogeographic lives, really investigating the intriguing, complex, and symbiotic relationships between people and place.

Sometimes I stand at the front of a classroom convinced I am just a flesh-net catching random phrases that get thrown at me.

I’ve asked multiple English 102 classes to sit down and investigate the importance of Utica, New York as geography, as history, as a social space.

I have been teaching for a number of years now and I could have just rolled out the same traditional stuff, but I decided to try something different on the off chance that it might be a transformative experience for some students, that it might change forever how they think about their relationship to place, the influence geography has on psychology, the importance of being informed about the places you choose to live in, to invest in community, to be aware. At the very to least teach them about the same stuff I always teach: Reading, writing, researching thoughtfully.

Also, I must admit part of me truly believes that writing and researching is political.

If I can ask students to see how much writing and research can impact a small place like Utica, maybe they can see past Utica to a larger canvas one day. Students should be oriented to how they can impact a place—even one that isn’t their home, but especially one that is.

I wrote on the board: “Things I know for a fact about Utica,” “Things I’ve heard about Utica,” and “Things I’ve observed about Utica.” Words and phrases that kept coming up: economically depressed, the projects, run-down, abandoned, grey, crime, used to be important, chicken riggies, Utica greens, tomato pie, Italian American, refugee center, diversity.

I slumped out of the classroom: So much food pride, and not a lot of place pride. Much to learn, much to be taught.

Sitting on my couch I felt the weight of all things my students didn’t know: a weight I had signed up for, a weight I had the responsibility of slowly lifting, redistributing.

Sometimes I stand at the front of a classroom convinced I am just a flesh-net catching random phrases that get thrown at me. Sometimes I feel like a bullhorn interrupting the peaceful growth of a young forest, and sometimes I’m a human in a bear suit scaring the shit out of students for years on end. Sometimes I’m the mother they love, or the sister they hate, or the young professor who clearly doesn’t know jack-jimminy-crack-corn, so who gave her this fucking job anyways?

On the good days I provoke thought.

On the really good ones I change a thought or create ones that were never there.

Fast forward five weeks into our project. Students were out in the community, learning, interacting, making real connections to the city they’re attending college in. I spent a good portion of Wednesday talking on the phone with Utica police, who were baffled by the number of young people wandering around the city taking pictures and politely asking questions of anyone how they felt about their city, their space.

“We just weren’t sure what was going on,” a security guard from the abandoned Lunatic Asylum said, “They were asking questions and we haven’t seen too much of that before.” My heart grew three sizes for my students, creating such a ruckus just by walking around and asking questions of their community.

Teaching is a dance and it doesn’t always go well, even when both parties know the steps.

Today in class I had students watch the detonation of a building that occurred on Sunday morning on Fay St., which everyone was talking about. When my boyfriend and I drove back into town from a weekend in New York City we drove by the rubble so he could see the hole it left. “That building has always been there. This is so weird,” he breathed. Many of his friends had gotten up early to watch the detonation and film it.

I was so confused. Why do people want to watch the destruction of their own city?

Stopping at a pizza place just inside Utica my boyfriend and I stared at each other across the table as the two guys behind the counter exchanged gossip. “Did you see the explosion?” one asked. “Yeah,” the other said. “Fucking crazy.” And my boyfriend kicked me under the table and raised an eyebrow: See, everyone wants to know about it.

My students watched mostly in silence.

Some snickered, “Cool.” Some murmured, but when the lights came on some were solemn. “What do you think about that building going away?” I asked, “I think Utica deserves more than that, don’t you?” I offered. Others nodded. One student raised her hand, “Watching it come down so quickly, I just kept thinking the whole time how much it took to build that building. How much time and resources, people even.”

That building was “abandoned” in many ways, and that word came up again as it did on the first day of class, but students were using it more gingerly, passing it around like a puppy, like the weight of that word was much larger now, and it could break things.

Because as a city we deemed the space “abandoned,” we blew it up, and now they knew that word could do things like explode, make a hole in their city. That word could redistribute a sky line, break it up like a puzzle with one missing piece.

“They wanted to blow up the AUD a while ago,” a student offered. “Thank God they didn’t, it’s now a huge-money maker for Utica.” This was something he had learned during this project. “Imagine Utica without the AUD!” I exclaimed. Students shook their heads.

Teaching is a dance and it doesn’t always go well, even when both parties know the steps.