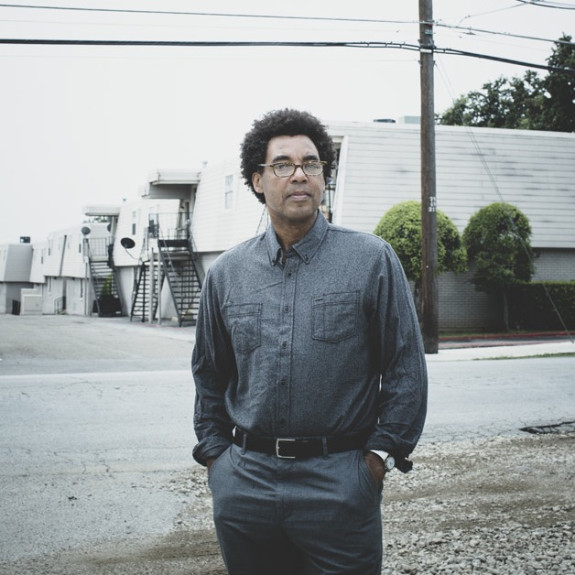 Project Row Houses began in 1993 in the form of 22 abandoned shotgun-style houses located in Houston’s Third Ward, one of the city’s oldest African-American communities.

Responding to the community’s desire for a practical solution to issues plaguing the area, artist Rick Lowe catalyzed a grouped of African-American artists who collectively shared a desire to instill a lasting and positive creative influence in their neighborhood. While the renovation of the houses on the block began as an artistic gesture to the community, it quickly turned into an ambitious, community-engaged revitalization project.

Borrowing from German artist Joseph Beuys’ expanded notion of art, Project Row Houses serves as an example of what Beuys called “social sculpture,” or the idea that form can manifest itself through social activity.

Over the course of the last two decades, the Project Row Houses’ campus has expanded to include 40 properties over six blocks and offers affordable housing, artist studios, galleries and residency programs, after-school arts education, and various social service opportunities geared towards empowering young mothers. I recently had the opportunity to ask Rick Lowe a few questions about his work.

Claude Smith: When you set out with the initial phases of what would become Project Row Houses, did you have any idea that it would become such a transformative project?

To sustain it, it takes a certain level of crazy passion about what you’re doing.

Rick Lowe: I had no idea. It was a complete surprise that the project would resonate in a way that would sustain it this way.

Having worked on similar projects in Los Angeles and Dallas—both of which, like Project Row Houses, drastically changed the community landscape through individual empowerment—how do you start a project of such a magnitude as Project Row Houses, Watts House Project and Trans.lation:Vickery Meadow and what sorts of challenges do you face working in communities that aren’t necessarily your own?

What I think I’ve surmised is that it’s just like any small business—to sustain it, it takes a certain level of crazy passion about what you’re doing. Whether it’s an art project or a small business or whatever. Nobody gets into a small business and thinks they’re going to waltz right through it. It takes a lot of hard work.

The benefit of Project Row Houses is that I’m part of the neighborhood—I live here, so it’s very natural for me to just want to just continue to work on this. Fortunately for this amount of time it has had its own support group that can sustain it. Other places it’s a little more challenging because finding people that understand the vision and are passionate about it and willing to make the sacrifices to make it go­—and continue to go—is a challenge. 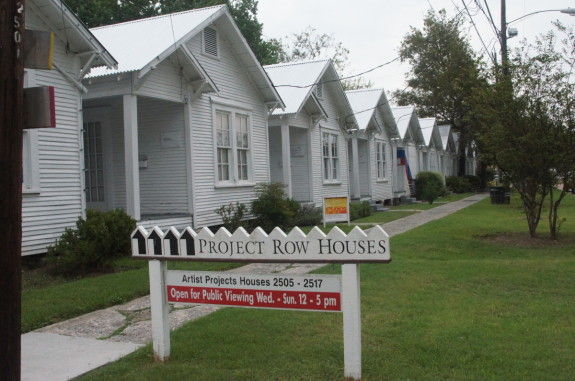 As an artist working with a particular vision for a project, how do you simultaneously stay true to that vision while also realizing the needs and creative potential of those you’re working with?

My goal when I’m working in a community that’s not mine is to try and figure out what the vision and goals are for people within those communities, so in that sense, my vision is not separate from theirs. There is a challenge still in the sense that they’re the community that’s opening themselves up to someone from the outside to come in, and a bigger part of that is getting them to understand that they have the power and capacity to do things for themselves.

I don’t necessarily think about devising a work that has a start, middle and an end.

I think most of the time it’s really just the kinds of projects that any artist will try and do in a community that they think people will talk about all the time, and the difference is that they just won’t do it. They don’t have the license to do it. Artists have the license to things that other people don’t. It’s just a matter of getting them to do it, to believe in themselves that they have the capacity to do something.

In 2006, Michael Kimmelman, art critic at The New York Times stated that Project Row Houses “might be the most impressive and visionary public art project in the country.” How has this kind of attention and increased awareness about PRH impacted not only the project, but also the community itself?

The New York Times helps on a national level, but has no impact on the community, because most of the people in the community don’t know or care about what The New York Times says. It’s much more valuable for them what the local neighborhood publication has to say or the person at the grocery store—it’s much more local. The national press is more useful in sustaining it, building the reputation and that also allows it to expand its reach, but otherwise, not really having much of a local impact.

People are always interested in visiting the neighborhood and learning about the architecture of a neighborhood like this, and that’s one of the things we focus on. They’re also interested in the artists we present in that context. So sure, after an article in The New York Times there are always people who are part of that readership who will come.

I think one of the questions that almost all artists face at some point is the potentiality of completion. So along those lines, is your work at PRH ever finished?

I don’t necessarily think about devising a work that has a start, middle and an end because generally it’s connected with something that’s an ongoing challenge. When you talk about social sculpture or community engaged work, it’s not static, you don’t just do something and it’s done. It’s ongoing. I’m okay with work that you just put into the world and let it live. It may live on in some ways that you like and are excited about, and it may live in ways that don’t live up to your expectations.

The Watts House project is a good example of that—it’s been around now for 17 or 18 years. It’s moved from being very vital and vibrant to dormant to coming back to being vital, so it moves in and out.

Event: Heart of the City

Rick Lowe will speak at the Outpost Performance Space on Saturday, April 19 at 7:30pm, as the keynote talk for Heart of the City organized by 516 ARTS.

Claude Smith is an arts administrator based in Albuquerque where he is the Education & Exhibitions Manager at 516 ARTS. As a nonprofit arts organization, 516 ARTS offers adventurous programs that address current issues in world culture, presenting innovative and interdisciplinary exhibitions, events and educational activities in a variety of art forms, including visual and literary arts, film/video and music.

Claude also currently serves as Curator at the Inpost Artspace and is a featured contributor to New American Paintings online.

View all posts by Claude Smith →