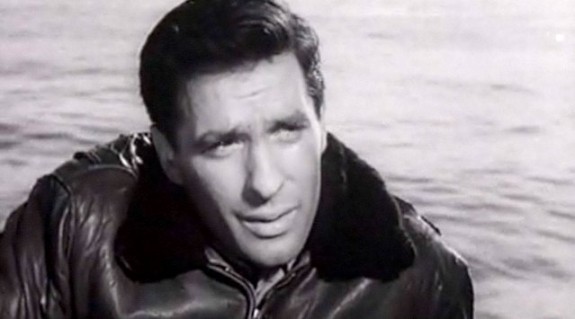 When I was 25 I wanted to be John Cassavetes.

Even though I had just graduated from the San Jose State Illustration program with the initial intention of becoming an illustrator, in light of my new ambition, I decided to give up making pictures altogether. I had a higher calling.

I had seen A Woman Under the Influence and it had changed my life. It had been exactly what I was looking for, and no art I would make or experience afterwards would ever be the same. Every Hollywood movie I had seen before it seemed contrived and dishonest by comparison. To me, this was the counterpart in film to what had appealed to me about naturalistic painters like Lucian Freud: an uncompromising and unromantic look at the reality and viscera of human experience.

I couldn’t make movies, so I decided to write plays.

People actually showed up to audition, which now seems so sad to me.

Horrible plays. Of course, I didn’t know they were horrible, or that the dialogue I had written didn’t even have a passing resemblance to normal human speech. Because I had no idea how normal humans spoke. No idea whatsoever.

I would start a theatre. I had decided to call my theatre (and of course I spelled it “theatre,” and never, “theater”) “The Organic Theatre of Naturalism” a name that was more evocative of a sustainable living, free-range, naked hippie co-op thing than what I was going for, but this was only the beginning of my cluelessness.

I made business cards.

I used every penny I had to rent out a tiny theater space in the Mission district of San Francisco. I paid for two nights to stage my godawful play. I held auditions for my female co-star. People actually showed up to audition, which now seems so sad to me. My co-star was chosen, and I was to be the star of my two-person play. I had never acted in anything in my life.

One professional actor who responded to my call for auditions warned me, in the gentlest of ways, that I was in over my head. That I so obviously didn’t have the experience to do something like this. Of course I didn’t listen.

At some point I received a call from the owner of the theater or (theatre) that a mistake had been made.

It was an LGBT-themed playhouse, and my play was not LGBT-themed. I insisted that I had already paid the fee in advance, signed the contract, and to deny me the space would be unfair. Thank god I didn’t use the words “reverse discrimination,” but unfortunately I was douche enough to kind of imply it, and there’s really nothing douchier than an over-privileged straight, white male crying “reverse discrimination.”

She relented. I got the space. But before she did she let me know that she had read my play and that it was a piece of shit. She didn’t use those words, “piece of shit,” but said it was a “celebration of victimhood” and a piece of shit.

Then everything fell apart.

My co-star came to her senses and bailed. Without the other cast member of my two-person play, I decided I would instead write a Spalding Gray-style monologue about the whole experience. I refused to give up.

And then I accepted that it just wasn’t going to happen. I crashed and burned. There was weeping. There was laying in bed for days feeling humiliated and worthless.

And there was relief. Incredible relief.

In penance for my douchiness, the rental fee defaulted to the theater, which is probably the one saving grace in all of this. They deserved it.

Did I deliberately sabotage myself? Should I have given up on my ambition to be a filmmaker and playwright?

It took time to accept that I am a fundamentally introverted person. That I wasn’t cut out to be a performer. That I wasn’t going to be John Cassavetes.

But that did not stop me from writing. And I started making pictures again. And I didn’t get good at either one of these disciplines for another decade. A decade at least.