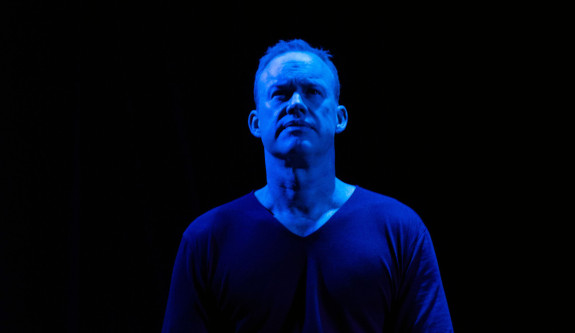 James Judd is a monologist (which as he puts it, is a fancy word for “storyteller”) who lives in Manhattan. Years ago he and I shared an office working for a legal publisher in Berkeley. I was mightily entertained by my office mate, but eventually James moved on to bigger audiences worldwide.

James and I have stayed in touch and a few months ago I was atwitter that he started blogging for Pyragraph. And now, I’m BEYOND excited that he’s coming all the way to New Mexico to perform at Pyragraph’s Relaunch Fundraiser! I’m freaking out. There is/was no better person than James to inaugurate our new feature, “What’s Your Deal?”

You’ve heard of “air sex”? Well, it’s nothing like that. Basically, it’s just me telling stories about myself, which admittedly, sounds horrible but is actually highly entertaining. It’s a cross between stand-up comedy and theater. My stories are funny but are more than just a series of jokes. There’s a beginning, middle, end, and hopefully some sort of point.

So the next Monday I show up at the club at the time they tell me to be there and it turns out I’m following Jerry Seinfeld.

I was in this sketch comedy/improv group called The Groundlings in Los Angeles, and it was going great until one day we get this new director who, for no reason I know, really seems to have it out for me. So I hear about this open call for new comics at The Hollywood Improv, which at the time was the center of the stand-up comedy world.

I don’t know anything about stand-up. I’ve never even been in a comedy club but I figure if I get hired it’ll be a huge deal and then it’ll give me some leverage with this new director. And I don’t really think I will get hired because it seems like these open call things are just for show—but I do get hired. Me and Sheri Shepard.

So the next Monday I show up at the club at the time they tell me to be there and it turns out I’m following Jerry Seinfeld. Seinfeld BOMBS. Guess how it went for me? Yeah, it was a bad night for everyone involved, especially the audience, but hey, I’m sure Jerry has moved on. He’s probably not even still talking about it 24 years later.

So it turns out I HATE being a stand-up comic, even though I take it really seriously, and I spend five years being miserable beyond belief until one day I pull the plug and jump to Plan B: law school in New Hampshire. Turns out I LOVE law school but I really hate listening to other people bitch about their problems and eventually I get out of that career, too.

Everyone is drunk 24 hours a day. And the gays don’t eat carbs.

Blah, blah, blah. One day I start this weekly storytelling show in San Francisco that turns out to be kind of successful and then it just steamrolled from there and now it’s basically my whole life. I live in New York and I’m working on a play about my infatuation with a doctor who was revealed to be a fake when he killed one of his patients and buried her in his garage and then fled to Costa Rica where he was caught while working as a Go-Go boy in a gay disco. He’s serving 20 years in Attica now and I’m no longer just one of his victims—I’m his prison pen pal and best friend. It’s called Killer Quack.

Working on a gay cruise. Have you been on one? The average regular cruise crowd spends $150,000 a week on booze. On a gay cruise, $250,000 a day. There’s a liquor barge that floats behind the ship. Every hand on deck is working a blender. Everyone is drunk 24 hours a day. And the gays don’t eat carbs.

The midnight buffet is six hundred guys on Ecstasy lined up for that one tray of steamed cauliflower and carrots. They just throw the cakes and pastries over the back of the ship at sunrise. Schools of fat fish follow the boat waiting for wet cake. Literally everyone on board is high. They can’t focus on my stories.

This is why drag queens rule the high seas. When you’re waiting for your Molly to kick in all you can focus on is a glittery eye and a big wig.

“I gave you motherfuckers everything and you still took a shit on me but you know, I’m still standing.”

The cruise was down the coast of South America. I tried to quit and get off the ship in Uruguay but they wouldn’t give me my passport back.

There’s a woman named Bridget Everett that I am OBSESSED with and if she comes to your town you must go see her. She’s a cabaret singer—wait, hold on, I’m not done—she sings but she also tells stories with the filthiest mouth in show biz. She’s also a very large woman often wearing the flimsiest clothes.

In New York, she’s becoming a superstar. Her shows at Joe’s Pub every month are a hot, hot ticket. What I love about her is that she really takes the biggest risks on stage. She goes for it so hard you start to worry a bit about her and then she leaves everything she has on the stage. Whenever I leave her show I feel elated and inspired and challenged to go further, go deeper, be more present. She’s mind-blowing. Find her.

You have to be willing—really willing—to bare your soul to an audience and risk being totally rejected if you’re ever going to find the level of honesty that you’ll have to find if you want to truly connect with an audience no matter what area of performing you’re in. And it’s going to happen. You will tank and it will be horrible but that’s the only way to learn. And you’ll know you’ve crossed the line when you walk away from the stage thinking, “I gave you motherfuckers everything and you still took a shit on me but you know, I’m still standing.”

My other piece of advice for performers is to wear tight underwear. I’ve seen two Broadway shows recently where the lead actor’s balls were hanging down the side of his pants and it was gross. And I sat in the front row for a play reading where I unintentionally learned that the lead actress likes a vigorous lady garden. Wear your damn underwear!

Pssst, James is DESPERATELY trying to raise money to take his first evening-length story, Killer Quack, on a development tour before it is presented Off-Broadway in early 2015 presented by The All For One Festival. All donations of any amount are 100% tax deductible, and all donors will be listed in the program. There are other great incentives, too, and you can see them all at his Indiegogo campaign, plus clips from a recent workshop production of Killer Quack, a true story of deception, murder, and forgiveness.” Click here to help him out!