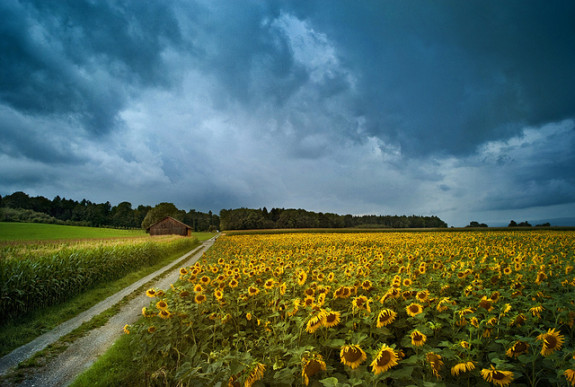 My cheerful optimism (not pictured).

It’s been a weird spring, in some ways. About two months ago this happened and my duo’s video went sort of fungal. No, bacterial. No, virulent. As these things go. And I spent a bunch of energy trying to ride that wave as hard as I could, which led pretty swiftly to the fresh, warm spring wave of Gotta Get Outside And Plant Some Plants, rather than the rip tide of Oh Shit Look At All The Various Ways I Could Spend Hours In Front Of My Laptop I was getting sucked into.

Sometimes a girl just can’t deal with the idea of tweeting every goddamned thing that enters her brain.

Things happen in waves (to further bludgeon you with this metaphor), and a bunch of stuff has happened lately that’s pushed me into this really private-feeling space. I don’t want to always be thinking about presenting myself to the world. I don’t want to be visible, all the time.

Social media is all about constructing this version of yourself that’s supposed to be attractive to people, and that pressure can just be exhausting.

Isn’t it hilarious to think that working musicians would be paid a wage comparable to that of people who have real jobs?

(By the way, maybe I should compartmentalize social media stuff more, the way Danielle Vincent does. Then maybe I wouldn’t feel the horrible weight of guilty avoidance weighing down on me at all times.)

This ohsohilarious April Fool’s joke, for instance. Yes, you’re hearing the bitterness of one upon whom the joke was played and she was got and she talked about it publicly on social media and spent a really really long time drafting up a blog post about it before she realized that, hey, it’s April first and…shit. I mostly felt angry that I had spent over an hour wasting precious time in front of the computer screen, after I had so recently renewed this sense of Learning To Prioritize and Using Computer Time Wisely So That I Don’t Become a Cranky Musician Who Never Practices Or Enjoys Life!

But seriously, I wanna talk about why this April Fool’s joke is so funny. Because isn’t it hilarious to think that working musicians would be paid a wage comparable to that of people who have real jobs? Isn’t is just dandy that we’re basically expected to scrape by?

Isn’t it awesome that what we do is so undervalued?

I met some amazing musicians recently who played their songs and performed beautifully and broke my heart and brought me to tears when I listened to their music and thought about what they had told about ageism, about needing to keep side jobs, about trying and trying and trying to make this career work.

These amazingly talented, lovely players, these two people who have spent so much to become such beautiful artists, these people who are reservoirs of beauty who, by doing their art, can open us up to the truths of life—we don’t even have the dignity as a society to make sure that they are modestly taken care of.

TRANSCENDENT BEAUTY—THAT’S NOT ENOUGH FOR US. We’ve gotta make sure that on top of doing their heartbreakingly beautiful things, they’re also serving the masses their faux-Italian-sized lattes, answering tech support calls, stocking groceries on the shelf. THESE are the things that are really valuable to us. Not education, not music, not art. Not people’s emotional well-being. It just feels so arbitrary and sad.

Clearly, it’s more than just the fact music is undervalued. This is a systemic problem that affects a whole hell of people harder than educated middle-class white chicks who play the ukulele (hey, that’s me). We could talk about the need for universal single-payer healthcare, about grave income inequality, about racism, about sexism. Inga, wanna chat sometime?

Ah, you guys, I feel so ranty and whiny and complainy, and I’m sorry for being such a bummer, but I just really needed to talk about this.