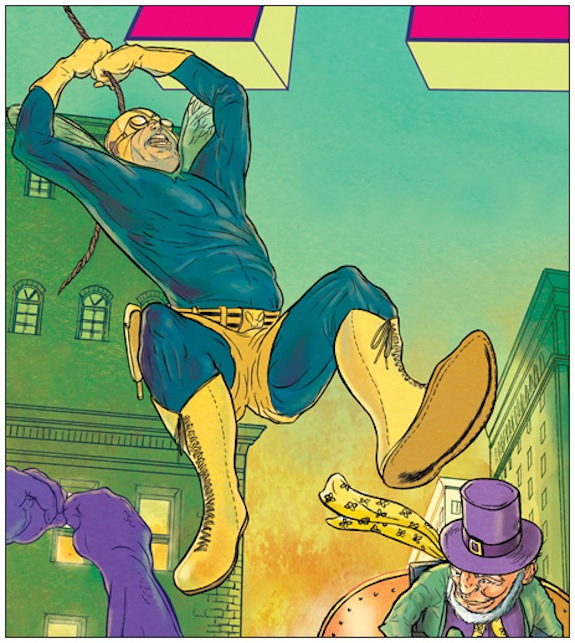 Last week I posted Part 1 of this three-part series on pursuing a freelance illustration career, starting with making the case for why it’s such a bad idea. In a nutshell: Your probabilities of success are low at best, and it’s far more likely you’ll be rewarded with low pay and practically no job security.

For those of you who kept reading, I also pointed out some of the benefits of working in publishing, which unlike advertising does offer some creative freedom — which is likely what brought you to this field in the first place.

Last week we looked at working in editorial (books, magazines, print and e-publishing); this week let’s look at the world of comic books and graphic novels.

Most comic book work is work-for-hire, and the most popular genre in the US market is still superhero franchises. There are growing markets in children’s comics (Children’s Books, Middle Grade and Young Adult), but they’ve still yet to dominate. Non-genre comics made in the US are out there, but it’s much more difficult to make a living outside of the franchise system.

You are paid somewhere in the range of a plumber or electrician if you’re fortunate.

You must be extremely prolific and able to churn out page after page at a near-daily rate. Specific tasks are often farmed out, like lettering (typesetting and logo design), inking and coloring, but to earn an income in these specialties you need be working on multiple titles, and it’s hard enough to secure a job on one.

On the upside, if you draw comics, your work is an integral part of the final product. Your name is often on the cover of the book alongside the writer’s. You can make additional income through personal commissions, conventions sketches and appearances.

You work in small press indy comics and make next to nothing. While you have complete creative freedom, your audience is small and you have no other option than to spend most of your time at your day job. Convention appearances often end up costing you more than you stand to make. If you’re not an official guest, you have to pay for your own table space and transportation.

You are a popular artist on a popular book or series of graphic novels with an enthusiastic fan base. Your readers know who you are. If you go to a comic book convention you are treated like a celebrity with a dedicated fan base. While still male-dominated, the fan base has changed quite a bit in the last decade or so.

You are paid somewhere in the range of a plumber or electrician if you’re fortunate. Popularity is fleeting, and if you’re doing work-for-hire you don’t own your own work — but it’s a labor of love (or should be).

If you are extraordinarily fortunate you are running your own show and producing a successful creator-owned work, which means any licensing or long-term royalties belong to you. If you’re insanely extraordinarily lucky, you can get your work optioned for movies and TV (although in more cases than not, no movie or TV show ever materializes). Work-for-hire, not so much.