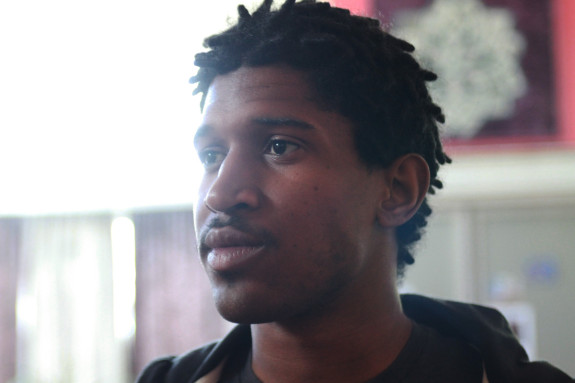 The first time I heard Scott Elkins (The 1960 Sci-Fi Era) play I was expecting just another DJ set, you know, the same old crap — and quite frankly that’s why I invited him to play at a party I was hosting in November 2012. He was a friend from work and we had talked about his music aspirations and that he was yearning to play a live set, so I invited him to perform at my dinky ol’ house party.

It was not the same old crap. It was good. It was tasteful, well-mixed, original, and not dubstep. I’m a sucker for cinematic downtempo music and Scott’s set sucked me right in. I’ve never seen someone mix how he mixes with his original music.

As of late Scott has grown far beyond house shows with drunken 20-somethings, including opening for some big acts like Odesza and Chrome Sparks. It’s great to see Scott performing on a much larger scale in Albuquerque and you will undoubtedly be hearing more about him too. The 1960 Sci-Fi Era is no gimmicks, just good fucking music.

My name is Scott Elkins; I go by the name The 1960 Sci-Fi Era. I am a songwriter and production artist.

I am originally from St. Louis, Missouri so I grew up with a bit of a different music influence than I now have here in the Southwest. The first concert I had ever been to was for The Urge with my older brother on Saint Louis University’s campus. I’m not quite sure how old I was at the time but it was definitely a life-changing experience seeing the band and crowd interact.

I started playing the guitar when I was around 14 or 15 years old, and have been obsessed with sounds and music since.

Not too long ago a friend of mine asked me to play a show in the Heights. Got there, sat around for three hours just for them to tell me there wasn’t enough time for my set.

Still not too happy about that evening but they were very kind and apologetic.

Some of my favorites are Bonobo, This Will Destroy You, Circa Survive and The Cinematic Orchestra.

Live kind and use all the resources you already have. Rest when you need to, but don’t ever give up.

On Saturday May 3 at Tortuga Gallery in Albuquerque, Humbird and JAK Media present the video release of “Anti-Particles” by The 1960 Sci-Fi Era with performances by Nathan New and BK Beats. The event will be accompanied by art, drink, and a peanut-butter-eating photo booth that will keep you dazzled.