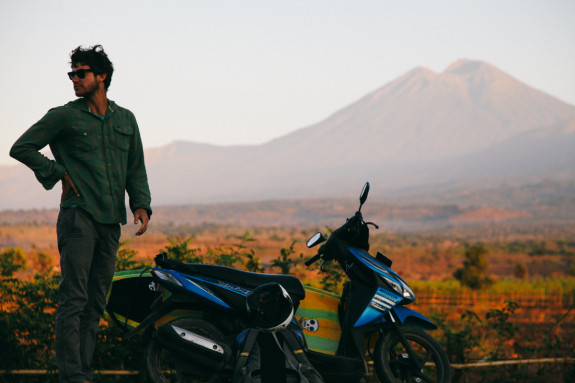 Remember that interesting, good-looking and exotic foreign exchange student that everyone loved?

You know the one I’m talking about: the foreign guy or girl that people went out of their way to help and always invited on fun trips. Despite slightly resenting their elevated status, you also wanted them to experience the best of your country. In a way, their joy elevated your own status, and secretly you just wanted to reinforce an idea that you already knew to be true: America is the best goddamned country on the planet and I am lucky to live here.

Well, giddyup! When you live abroad you get to be that foreigner and everyone wants you to love their home.

Australia is probably the best country in the world for young artists. They pay well and they like foreigners.

Believe it or not, Americans DO have accents and in spite of el hijo de Bush, there are still plenty of places where we are still welcome. I’ve been living and working in Australia for four years, most recently as a filmmaker. Even as a lowly Yank or Seppo, I’ve been given countless opportunities and a competitive edge that I never would have had back home.

While we are not the most exotic brand on the market, we Americans are still foreigners and the few of us that possess a valid passport have been experiencing augmented opportunity for years.

This effect is particularly exaggerated in creative fields, where one connection or turn can make your career. I believe they call this a “break.”

My first break was in 2007, as a gardener. I was hired for the job, I believe, because I was a New Mexican. Note, this was a year before New Mexico was introduced to international pop culture via “Breaking Bad.” Meth was still merely our state mineral and New Mexico was, well…not Texas or Arizona. Australians believed Mexicans work hard (New Mexico is close enough, apparently), and when people heard my fluent English their hearts warmed. I was exotic, yet familiar. Simply by saying “yes” and entirely by word of mouth, I became a gardener. 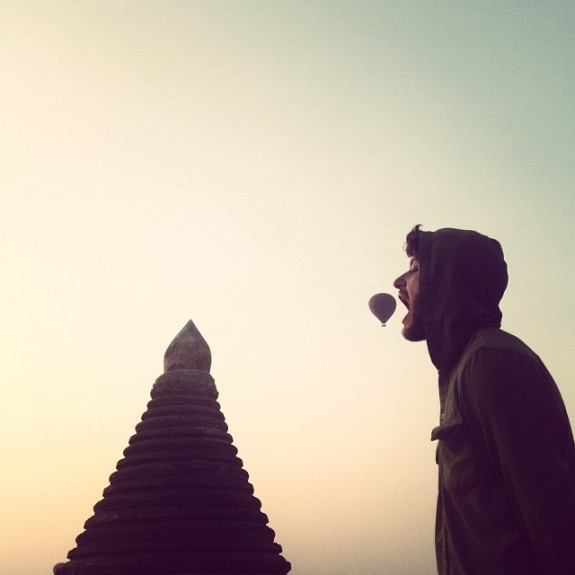 Digging holes and crawling through rose bushes wasn’t glamorous, but I got to know a lot of people and learned the power of nepotism. Most importantly, I realized that Australia is an exceedingly rich country and that they would pay $20/hour cash for a fake Mexican to do some shitty work.

The latter is a big reason why it’s great to be an American artist in Australia. They pay well and they like foreigners. So many friends from home work double-shifts, 40 hours/week making coffees or pouring beers, only to go home and pursue their creative passions with whatever spare time and energy that remains. These people are amazing artists, but simply don’t have the resources that they need. The US is the land of opportunity, but life here can be hard.

If you are doing casual hospitality work, you may as well get fair compensation. My Australian friends work half the time for more than twice the pay.

I’m not as worldly, interesting, good-looking or exotic as everyone thinks, but as an artist I will take any advantage I can get.

Beyond economics, Australia has less population, which makes it inherently more collaborative. People work hard, but love to have a beer and talk shit at the end of the day. There is a strong creative entrepreneurial community, particularly in Melbourne, which fashions itself as the cultural capital of the country and is recognized as one of the biggest artistic dynamos in the world. It is not as cool as Berlin, romantic as Paris, or progressive as Portland, but Melbourne is a city with an infinite capacity for artists and one that prides itself in keeping them fat and happy.

Melbourne is small enough that you can build a reputation, but big enough to be picky in choosing work. It is a place to do what you love without struggling to survive. It is a place that challenges you to get the most out of yourself because your basic needs are so easily met. The projects I’ve been involved with have been creatively rewarding, like this ad for an innovative product.

For all of the merits of living and working abroad, there are plenty of challenges. For one, you may not see your loved ones for long stretches of time. Australia in particular is the most geographically isolated place in the world and that means it is expensive to travel.

I’ve missed countless significant moments with family and friends, moments that I will never get back. Friends abroad know you in a different context and many will never know your friends and family from home. At times it can feel like you are divided into two separate people, which can be exhausting and confusing. Visas are a pain in the ass and can cause you to make commitments that you may not feel ready for. Such is the life of an immigrant.

Whether living in New York or New South Wales, there will always be some degree of missing out and no matter where you end up, you have to love it when things get hard.

This notion is even more important when living away from your home country. Opportunities come easily in Australia and I am constantly pushed as a filmmaker, forever reaching beyond my ability to meet someone’s expectations. It feels impossible that people would pay me to make films and, like so many artists, I live with the constant anxiety that the world will suddenly realize that I have been faking it the whole time. Thankfully, people are slightly disarmed by my foreign accent and are invested in how I fit into the Australian Dream. I’m definitely not as worldly, interesting, good-looking or exotic as everyone thinks, but as an artist I will take any advantage I can get. 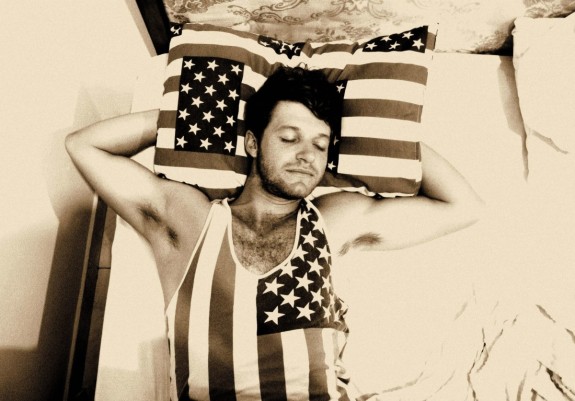 Leland is a New Mexican native working as a filmmaker in Australia. He is credited with making “Nationalism” cool among hipsters, and is the founder of New Leaf. A creative agency based out of Melbourne specializing in thoughtful, intimate, and honest films.

View all posts by Leland Murphy →