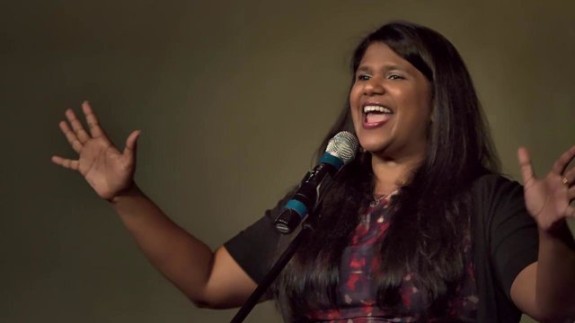 This is Part 1 of James Judd’s two-part look at personal narrative shows and what’s behind the recent surge in popularity in this type of show. In Part 2 he charts the course of personal narrative performance into the mainstream.

It seems like just yesterday that public speaking was everyone’s greatest fear other than death.

So why are we all suddenly lining up at the dozens of local personal narrative shows to spill the tea on our worst date ever, or admit to cheating on a test or announcing a previously secret affair?

Every major city and many of the minor ones are now hosting a plethora of essay or storytelling shows. The popularity of these personal narrative events—where a rotation of speakers of varying ages, races, ethnicities, genders, sexual orientations and political leanings get up on stage and either reads an essay or relates an event from their own lives, often exposing embarrassing or traumatic memories—is growing exponentially.

What’s behind this sudden explosion of public admission? As an essayist/storyteller myself, I wanted to find out. So I talked with several people involved in the world of personal narrative performance to get their perspectives and experiences in this increasingly popular art form.

Anyone committed to finding a spot in a personal narrative event will likely find plenty of opportunity.

There are some nationally recognizable figures in the field of personal narratives. Most of the storytellers and show producers I talked with pointed to The Moth’s touring shows; NPR’s This American Life and Snap Judgment; popular scribes like David Sedaris; and monologist Mike Daisey. (Full disclosure: I’m also a regular contributor to Snap Judgment.)

Still, a guiding star or national manifesto is absent. If the personal narrative is a movement, it’s a rudderless one. Anyone who wants to produce a storytelling show needs only to find a space and do it without being concerned with how anyone else is doing it. It might be organized around a theme, or it might not.

There are no absolutes other than perhaps an absolute certainty that these shows are becoming ever more popular.

So, is this a grassroots movement?

Most of these shows are produced on the cheap, often at a bar or theater on its slowest night in exchange for a customers buying a two-drink minimum or a chance to promote other shows later in the week. Some shows have small cover charges while others are free and rely on hat-passing to cover expenses. Word-of-mouth, social media and self-promotion by the participants serve as the entire realm of advertising. The odds seem to be against success—and yet these shows are everywhere now. 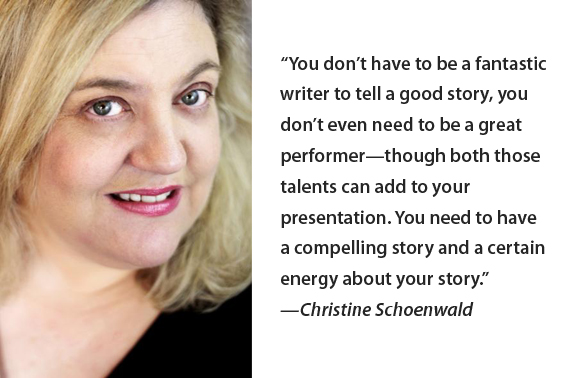 Producers often proudly make a point of ending their shows with a plea to the audience to submit their own stories. Some include drawing names out of a hat during the show with the lucky winner being invited to step to the mic and blurt out a secret. This seems to be a unique attribute in personal narrative entertainment. You’re unlikely to find a stand-up, improv, dance, theater or art show where a random member of the audience is invited to participate, beyond offering suggestions to help drive an improv show, or being a hapless victim milked for embarrassment value. On the contrary, the producers of those institutions create enormous hurdles for aspiring performers seeking entry, and existing members have a stake in keeping new people out.

But at this point, anyone committed to finding a spot in a personal narrative event will likely find plenty of opportunity.

“It could be a parallel to the ‘selfie’ generation where we are all stars all the time,” says Nathan.

“Storytelling is about anyone getting up and telling their own story,” says Vijai Nathan, a storyteller and producer of SpeakeasyDC in Washington D.C. “You don’t have to be a trained folklorist or have learned the art in Africa. It’s simply about real people, everyday things, told in an engaging way, and revealing something funny, sweet, and sometimes sad about the human condition.”

Christine Schoenwald, producer and frequent contributor to her own popular essay show Piñata!, a monthly staple in Los Angeles since 2006, agrees. “You don’t have to be a fantastic writer to tell a good story, you don’t even need to be a great performer—though both those talents can add to your presentation. You need to have a compelling story and a certain energy about your story. I do think you need to be at least a halfway decent writer to write an essay.

“Also, these shows are really easy to put together,” Schoenwald points out. “You don’t need much tech or props or anything. Some shows have a rehearsal, but not always.”

But I’m still left to wonder, why this movement, now? One theory is that personal narrative shows are an extension of our ability (and increasing psychological need) to self-promote through social media. “It could be a parallel to the ‘selfie’ generation where we are all stars all the time,” says Nathan. “I would hope the first-person narrative movement transcends this but it’s possible that its gain in popularity is at least partly due to this phenomenon.”

Terri Mintz, who produces The Word, a monthly storytelling show in New York City, sees these types of shows as less of an extension of social media and more of a gap-filler for the void created by it. “People need to get out of the house and share what is going on with them, as well as listen to stories of other people that they can relate to in person.”

Next week I’ll look at how the personal narrative show is transitioning into the mainstream—and whether it has already jumped the shark as an art form, due to its increasingly popular appeal and low barriers to entry. In other words, is it still Art or is it the new Macarena? 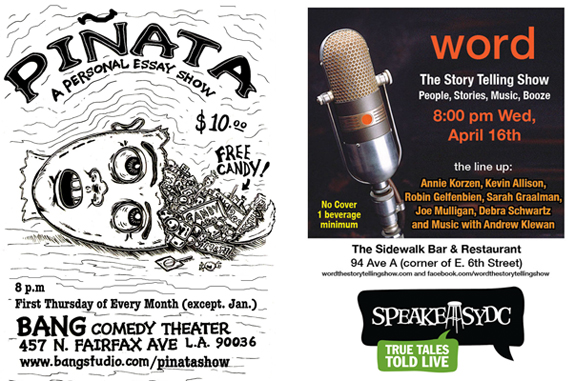 Just a few examples from the scene.