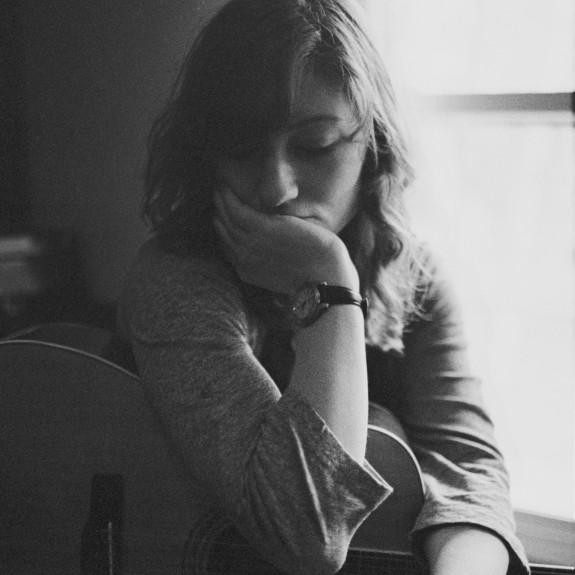 Guest Blogger Lauren O’Connell is a musician based in Northern California. This post originally appeared at her blog. You can also find Lauren online at her Patreon and Bandcamp pages.

Only masters of music should TRY this song. When you hear Nina Simone and Odetta cover this song. You understand the monster of a song you are trying to play. The Animals, Bob Dylan and Leadbelly have tried and have all failed.

As a musician; I would never play this song. If you can’t make it better, then you shouldn’t even try. Or don’t post it at least.

I don’t say this to be cruel. You have a great voice, your obviously super talented. This is how you do it:2 Irish Boys Sing We Found Love

The above quote is a comment I got on my “House of the Rising Sun” cover recently.

I try not to dwell on the negative stuff, but once in a while there’s an actual discussion to be had, and the commenter seems reasonable and respectful. This person is actually touching on a topic that I’ve wanted to write about for a while, so it seemed like an opportune time to share my thoughts on cover songs and beyond.

RIVETING BACKGROUND STORY: I regularly covered “House of the Rising Sun” at shows as a teenager. I stopped playing it for the exact reasons this person described. But a couple years ago, I reluctantly agreed to cover one verse of it when someone requested it for a video game trailer. It’s not that I thought my version would be bad as a standalone work, just that it couldn’t possibly compare to what was already out there. Even so, I did it. I came up with some ideas that I was excited about, and ended up doing the whole song.

What upsets me is that I know artists take this kind of thing to heart, and it’s bullshit.

So, “I was afraid to cover something good, but it turns out I’M AMAZING!!!!” That’s not what I’m saying; the quality of my rendition is beside the point. I’m saying that I totally understand where this person is coming from, and I used to apply that “untouchable songs” rule to myself. However, after several years of covering songs, writing songs, listening to lots of music, and undergoing the occasional artistic crisis, I decided that it’s better to live and work without that particular hang-up.

So, as you may have gathered, I take issue with the idea that someone shouldn’t even try to cover something that’s previously been done well if he or she can’t “make it better.” The implication that someone doesn’t have the right to attempt a particular artistic statement is problematic.

(To be clear, I’m not talking about legal rights or intellectual property. That’s a different subject entirely and my law degree is still pending.)

Firstly and most simply, there’s the whole “apples and oranges” thing that applies when comparing different works, e.g., Bob Dylan vs. Nina Simone. It doesn’t mean you can’t compare them, but I think it’s unfair to declare one rendition a failure based on the success of another.

Secondly, the idea of one rendition (or song or film or painting) being unequivocally better than another is a slippery slope. I’m not trying to be the PC police, and everyone’s free to discuss music in whatever terms they want.

I don’t think it’s right to say that a work shouldn’t have been created or published.

If a work of art means something to someone, it has value. Even if the creator is the only one who cares about it, it means something. No one has the authority to declare that meaning invalid. I’m in favor of criticizing art and understanding why certain things do and don’t work from a given point of view. But still, we all know how opinions work, and the inherent subjectivity of criticism should be understood. If you love an album, it doesn’t matter that Pitchfork gave it a 3/10 or that 90% of listeners find it to be a flaming bowl of garbage.

I firmly believe that in order to be great, one must first be fucking awful.

Go ahead and call it a flaming bowl of garbage, be offended, say it’s in poor taste. But to say it shouldn’t exist? Even if just 10 people like a video on YouTube, do you really think those people should be forbidden from enjoying or finding meaning in something because you disapprove of it? What dystopian novel are we living in, and who appointed you gatekeeper?

As much as this whole thing grinds my gears, I’m not writing this as a vent session or an attack on people who speak in extreme terms. They’ll always be there. What upsets me is that I know artists take this kind of thing to heart, and it’s bullshit. I feel like every open mic has some condescending, jaded old dude waiting for a chance to ramble on about the late greats and tell you what to listen to if you want to see “how it’s done.” I used to listen to that guy.

Filtering criticism is an art itself, and I’m not condoning ignorance, but holy shit, please don’t listen to that guy. Many of you reading this are musicians, artists, writers, avant-garde dog groomers, etc. As far as this particular criticism goes, I’m kind of over it. YouTube is like internet boot camp. But it makes me crazy knowing that artists are constantly being told that things are off-limits, and that this is often coming from other artists.

Fortunately, in this century, most of us don’t have to worry about our works actually being censored by the powers that be. But I think an attitude of censorship within the artistic community might be worse.

I firmly believe that in order to be great, one must first be fucking awful. If we all worried about how much we sucked when we started out, there would be no musicians. If we all constantly questioned the way we expressed ourselves, no one would ever make anything groundbreaking. I’m not saying everyone is going to be a star or that everyone should publish everything they do, but no one should fear that they will anger the music gods because they were inspired by something great.

It’s important to be honest with yourself about your work, and you have to be realistic if you have career goals. Sometimes you’ll fail in your own eyes, and that’s fine. But you can self-edit and decide what to publish later. Right now, you should be a cocky, irreverent bastard.

Don’t heed imaginary rules. Cover “Eleanor Rigby” on the kazoo. Write a song about someone who will think you’re creepy. Embrace “bad” technique. Crash and burn.