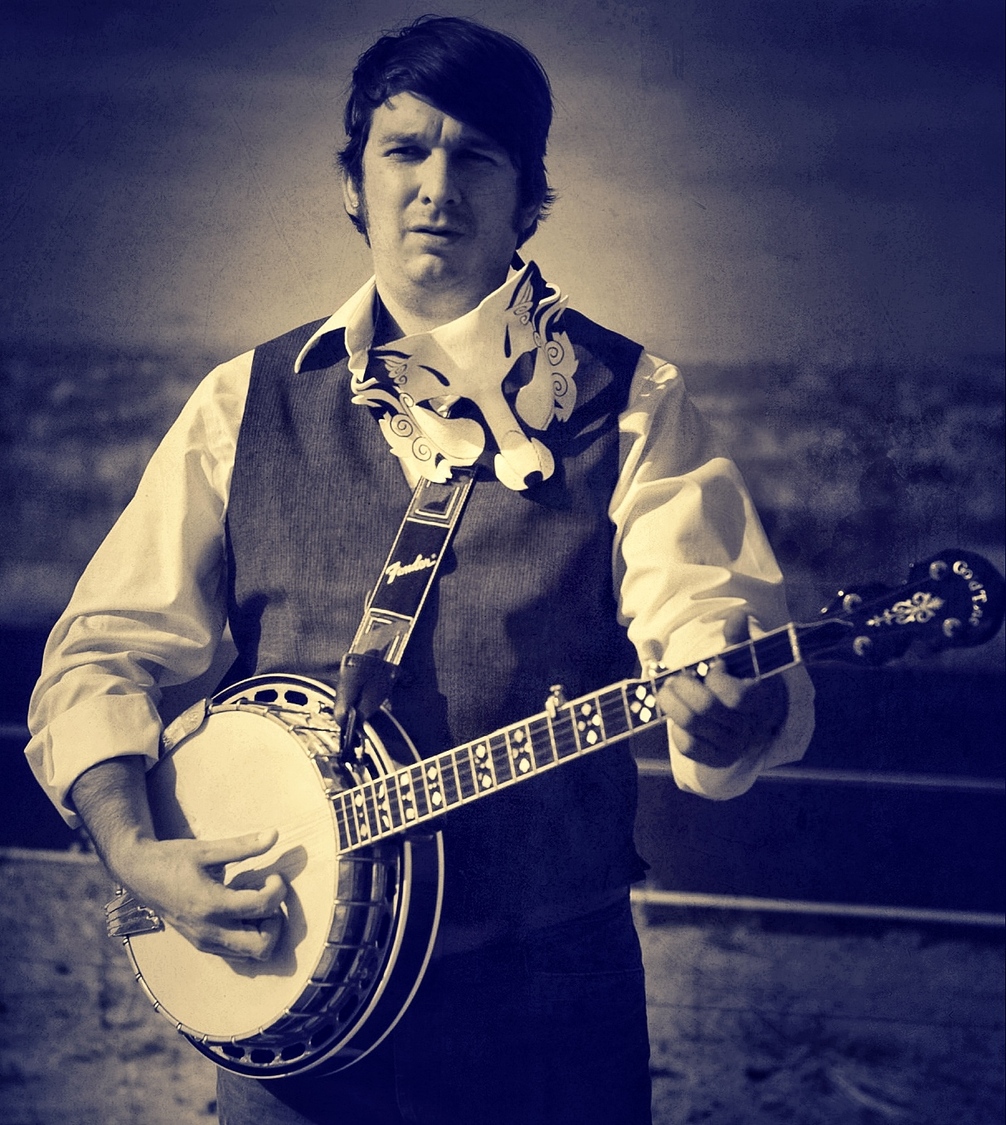 Todd and the Fox is a badass bastion of Albuquerque’s Americana scene. Banjo-playing frontman Todd Lovato has a background in funk and Latin music and now incorporates electronica and dance elements into this folksier project.

Todd and the Fox will be performing in Albuquerque at DUOPALOOZA! this Sunday, June 8 at Marble Brewery.

And see here, see here: It’s a music video for Todd and the Fox’s “Moses Stuttered” that was made in a whirlwind two days for a 48 Hour Film Project.

I’m so excited to see them play at DUOPALOOZA! and had to ask them, What’s Your Deal?

Todd and the Fox is made up of Todd and Erik. We play a mixture of roots-rock music that also draws inspiration from electronic music. Todd sings, plays electric banjo and bass pedals, Erik holds it all together on the drums. We will also experiment with expressive electronic music software like Ableton Live and Reason. For a two-piece, people tell us that we make a whole lot of noise.

A Santa Fe native, Todd comes from a musical family. He learned most about music from his late accordion-toting grandmother, Mansi Kern, who taught him traditional Mexican and American folk music from an early age. Todd was the co-founder of funk and Latin music ensemble Felonious Groove Foundation, in which he sang and played bass until 2012, when he decided to put all of his efforts into Todd and the Fox.

Find what makes you happy and is fulfilling artistically and do that until it bleeds.

Erik Sawyer was raised in New England and was first inspired by the drums as a youngster listening to jazz greats like Philly Joe Jones and Tony Williams. Sawyer is also a talented flat-pick guitar player and performs frequently in his home town of Madrid, as well as at bluegrass and folk festivals throughout the region. As Todd and the Fox, Sawyer and Lovato have performed their music throughout the Southwest, as well as at Austin’s SXSW festival, and in 2012, the duo performed a sting of shows in South Korea as part of an international arts and culture festival.

The worst shows Todd and the Fox performs are the ones that require camping. One of the guys always ends up passing out a bed of a truck.

When Todd and the Fox travel they primarily listen to hip-hop, new European electronic music like The Knife, Young Fathers, and Gillian Welch.

Find what makes you happy and is fulfilling artistically and do that until it bleeds. Be creative and try new things. If you love what you’re doing, no matter how weird or eclectic it is, you’ll find an audience to receive you.