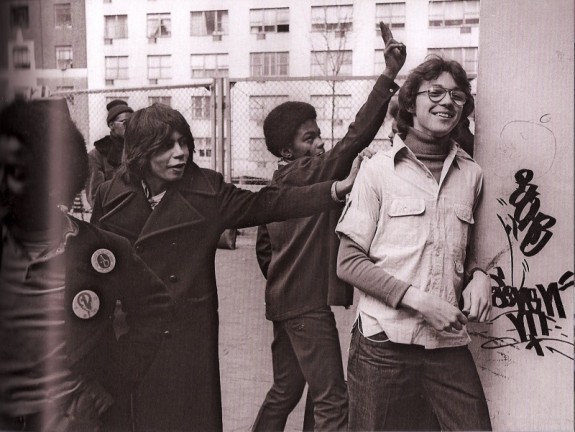 I recently won a summer travel grant from my school. It enabled me to visit New York, see exhibits, and develop my research and writing about Jean-Michel Basquiat (1960-1988), the Neo-Expressionist painter. I spent an afternoon with one of Basquiat’s closest friends, Al Diaz and interviewed him about their collaborative street graffiti, among other things.

The very best material always comes straight from the source. Essays and facts in books (when true and accurate), give total disclosure. But when you go to the source, you never know what you’ll get. At the source, magic, surprise and humanity will be at play, possibly revealing things unseen or unrealized. Even though I’d “met” Diaz in books before, and I’d read all the accounts, I knew this research would be different. It was.

Diaz and Basquiat stoked public intrigue in 1977 when they began tagging their SAMO© writings throughout New York City.

Al doesn’t look his age at all, and at moments he actually seems like a wise kid. A native New Yorker, Diaz was born to Puerto Rican parents and grew up in the Lower East Side of Manhattan. He is smart, funny and tough, yet intriguingly sensitive. With passing minutes, we slowly drew into the “the zone,” excavating 35-year old memories, which Al generously shared for hours. 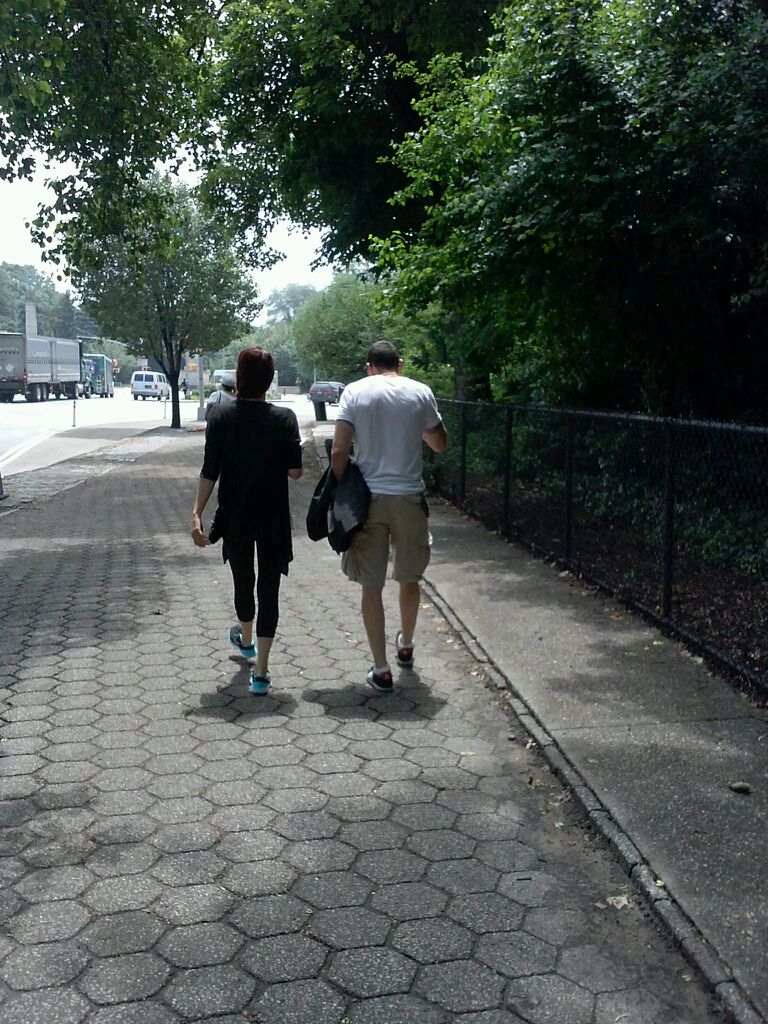 Al Diaz, or ‘Bomb1’ (his graffiti tag), had made a name for himself on the streets in New York City by 1976. As he told me, he was already “retired from that chapter” when he became fast friends with Basquiat at their alternative high school. (Imagine being “retired” from anything at age 16!) Diaz is a fascinating artist in his own right, but he’s also special because he was a primary catalyst during what might have been Basquiat’s most important phase of artistic development.

At that time, counter culture art in various de-/re-constructed forms, such as neo-expressionism, graffiti, punk, hip-hop, and rap music were quaking throughout the city. Drugs and parties fueled much of the industrious and passionate artistic creation that was going on. Things were really happening for artists, life was often synonymous with art and vice-versa. A lot happened on the streets. Young Diaz and Basquiat, along with a colorful crew of others, were all in this mix, all over the place, all the time. And so the legend of SAMO© (pronounced say-mo, code for Same Old Shit) was born.

When Diaz and Basquiat got together, conversations, words, thoughts, ideas and even shared silences could flow, bounce, and evolve in an almost inexplicable and magical way. A unique, noticeable synergy was formed and others were drawn to it. They bantered, and developed sardonic, unusual word combos, sounds and phrases that rejected every day mediocrity and predictability. Often poetic and cryptic, the sayings dissected, exposed and upended the frenetic world around them:

The writings spoke to people, spoke about people, and sometimes spoke of nothing at all. But what started as cynical joke with friends hanging out smoking weed, eventually become a creative, yet occasionally painful cornerstone for both artists.

Diaz and Basquiat stoked and provoked public intrigue in 1977 when they began tagging their SAMO© writings throughout New York City in prominent places using markers and spray paint. Soon everyone around town was asking,“Who is SAMO?” Basquiat’s path was well laid when the pair gave up their anonymity to the Village Voice in December 1978, in exchange for $100. The ball was rolling. Within two years Basquiat would be a famous painter, and he abruptly left behind Diaz and street writings for the blue chip gallery scene. SAMO© was dead. Ten years after that, Basquiat was also dead. But today, Albert Diaz is very much alive.

It’s clear to me now that something exceptional alchemized when those two guys were goofing around together.

A lot has been said, written, contemplated, romanticized and sold when it comes to Basquiat, who was an archetypal, yet reluctant, upside-down artstar. This includes his partnership with Al Diaz and SAMO© as well as their demise. A documentary is currently being made about Diaz’ life. At first, it seemed impossible to uncover something fresh when I met him. Yet afterwards, I realized I had penetrated a deeper shroud of personal understanding regarding their friendship’s dynamic and the events that took place.

Basquiat didn’t often work with others. He may not have been able to, or maybe he didn’t want to. But the SAMO© writings were very different. Basquiat, whose behavior constantly “pushed the envelope,” seemed to find a home base and balance in his friendship with Diaz. For both artists, the partnership was a high water mark of productive creativity. A good amount of Basquiat’s unpredictable moodiness left Diaz perfectly unphased and unrattled, contrary to many others who had difficulty interacting with him at length. 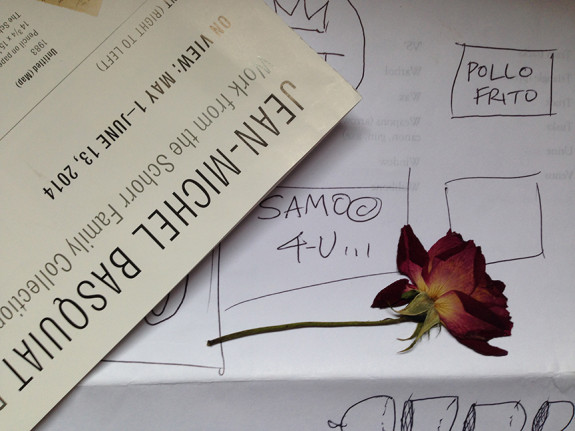 It’s clear to me now that something exceptional, pivotal and mostly unspoken alchemized when those two guys were goofing around together. Something that wasn’t goofy at all, but highly sophisticated, whether it was written on a wall or not. Moreover, Diaz provided a reliable springboard, a conduit of encouragement, stimulation and acceptance at exactly the right time for Basquiat. If Diaz hadn’t been there back then, history books would surely be written differently today.

Al Diaz isn’t the type to sugar coat the past, and he lives in the present. It is what it was, and it’s over now. The SAMO© story’s been told and will be told again. Still, I’m convinced there is just a little more magic… I didn’t ask him, but I’m pretty sure Al knows there might be some too.