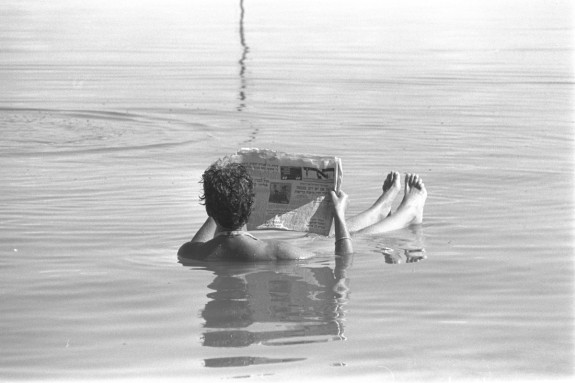 The first freelance job I had was for the cover of a local free weekly. When I got the call I was elated. My career had begun. You couldn’t walk a block in the city without running into a vending machine or coffee shop that carried it. But when I went to their offices to meet with the art director, it wasn’t what I expected.

After she greeted me, the first thing she did was show me this big box filled with self-promotional postcards from other illustrators, similar to the postcard I’d sent them.

“We get hundreds of these every week. And out of all of them we chose you,” and then she laughed like this was a big joke.

Clearly, I had been exploited by smirky face, but it turned out to be even more than I had suspected.

Her assistant laughed too, and said, “Yeah, you should be stoked,” and then, with ironic hipster seriousness, “but for real, dude, we really like your work.” And just in case I mistook this for sincerity, the art director gave me another little smirk as if to say, “You shouldn’t take the compliment too seriously, ‘cause, you know, we wouldn’t want you to get a swell head,” wink wink.

After we discussed what she wanted for the cover she asked me to follow her. She didn’t tell me where we were going or why. We took a circuitous path through the offices and past the presses until we ended up outside, on a loading dock.

She looked at me and made a sad face. She told me, “Our budget’s really low right now so all we’ll be able to pay you is $100.”

The whole loading dock thing was really creepy, and I didn’t know why this wasn’t something she could have told me inside, but I was relieved that this was all it was about. I was grateful to be doing the job at all, and so I said that this was fine.

Later, I began to get the picture. Why they didn’t choose any of those other postcards. Those guys were professionals, and I was cheap.

Working with hipster dude and smirky fake sad face was not fun. Every sketch I turned in she turned down, marking them up with circles and arrows and notes. All I could do—or all I thought I could do—was whatever she asked me to. I didn’t know how to explain or defend my work. I didn’t feel I had a right to. I thought this was just the way it was done.

Finally, she approved a sketch. I did the work and hand-delivered it on time on one of those gigantic zip disks they had back then, and there was more smirking and laughing and backhanded compliments. By then I was just glad to get the check and get out of there.

The miracle of making a picture one day and having it appear all over town the next was like nothing I had ever experienced. I wanted to tell everyone I saw that it was mine. Even so, it wasn’t an experience I was anxious to repeat. At least not with that particular art director.

Almost five years later I got a call out of the blue from the same free weekly, but from a different art director. The previous art director had moved on. The new one had my work on file and wanted me to do another cover. He said my payment would be the usual $500. I was pissed, but not at him. Clearly, I had been exploited by smirky face, but it turned out to be even more than I had suspected.

If the pay isn’t worth the effort, it’s better to say no, as long as you can afford to.

This time I had a little more experience. I had learned that I didn’t always need to acquiesce to the art director’s every whim. I had learned how to negotiate, but not argue. The final decision is always theirs, but this doesn’t mean that you can’t contribute to that decision. I ended up doing two more covers for them.

Over the years I have learned that minor compromises on both ends are part of the process, one that good art directors welcome. That illustration is supposed to be a collaborative process, and the result of a good collaboration is a better illustration. Not that there aren’t nightmare art directors who have no interest in your opinions or feedback, but there are good ones, too.

I won’t lie—editorial illustration pays for shit. Magazine budgets remain low, which is one of many reasons I’ve been slowly making the move to children’s book illustration, where big publishers offer advances and royalties that far exceed anything I’m going to get from editorial. Now “we don’t have the budget” is no longer an excuse that I take lightly. Even when you’re excited about the job, if the pay isn’t worth the effort, it’s better to say no, as long as you can afford to. Because if you say yes it perpetuates the devaluation of illustration as a whole. And this doesn’t only hurt you. It hurts everyone who follows your example.