Welcome to the middle of summer, dear Pyragraph readers. If you’re anything like us, you’re either road tripping or wishing you were road tripping. Sadly most of us are in the latter camp right now. So, to scratch that itch, we decided to share some posts from our favorite performers on the road.

This week’s Tour Journal installment comes from Seth Hoffman, a singer-songwriter based in Albuquerque, New Mexico, who’s currently in the final weeks of his Summer Set Me Free Tour. 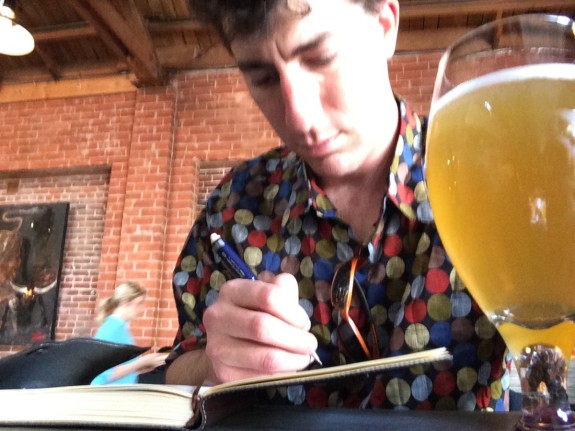 Writing out a set list is best done with beer.

Hello friends, it’s me Seth Hoffman here catching up with you from the road. I’m two weeks into a two-month summer music tour.

Being an elementary school teacher, summer vacation creates a nice window for a musical road trip. Starting in Fall 2013, I started thinking about where I wanted to go. It has been years since I’ve seen the redwoods and the ocean so I decided the tour should come through the Pacific Northwest. I’d also go through Wisconsin in mid-July for a family gathering. 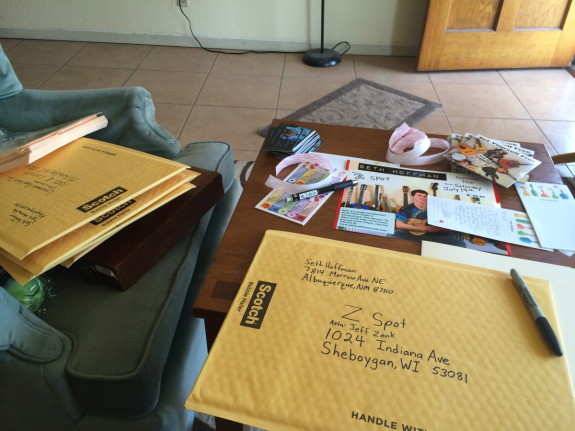 I sent fliers in advance to the clubs and venues.

Getting started booking shows was a matter of putting out the word to my friends, family, and community that I was looking for gigs in the Pacific Northwest and Wisconsin. A few dates emerged: a show in the Portland area June 13. Then, a cafe gig in San Diego (hooked up by my cousin) on June 7. After that, a gig at an arts festival in Utah for August 3. From there it’s been a game of filling in the gaps in between.

With the help of many kind souls I’ve arranged about 30 performances. Various other shows (both paid and unpaid) have and will come up along the way. Let the journey continue. 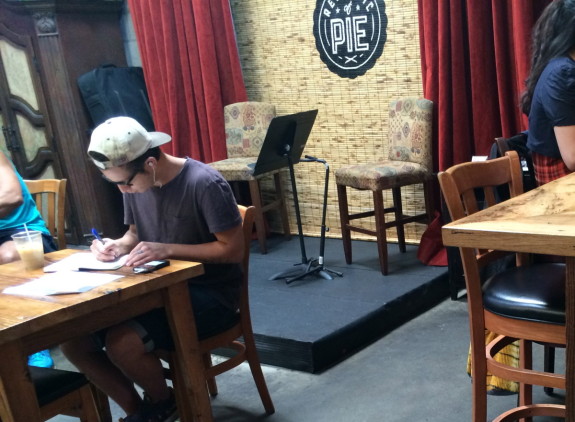 I arrived at Republic of Pie in North Hollywood at 5pm for my 7pm gig. There were 3 acts that night starting at 6, 7, and 8.

I have to say, being in Hollywood, I was feeling a bit intimidated.

At 6pm a group of extremely talented girls rotated in and out performing various songs. There was a packed house for these girls. When my set came up, about half the crowd left immediately. I got started as soon as possible in hopes of keeping the remaining folks there.

It’s hard to know what will connect with people and take down that invisible barrier.

Besides my cousin and her friend (who were kind enough to come out on a Tuesday night) I don’t exactly have a big Hollywood following yet.

I started off with some cool grooves using my loop pedal. No one batted an eye. I tried a folkie story song with a harmonica followed by an interactive tune about colors. Nothing. I wasn’t feeling how I could connect with this crowd. It felt like some of the people wanted to be more responsive, but it’s as if there was an invisible barrier holding them back.

Then it came to me. I informed the crowd that I would be giving away a signed copy of my new CD as a prize to the first person who could answer a trivia question. I asked, “Which animal has the largest eye?” After various guesses from the audience, a woman gave the correct answer. (Do you know the answer? Post it in the comments!) And from that moment on the connection was made. It was as if the entire crowd reverted back to 5th grade and thought, “I wanna win that prize!”

The crowd seemed far more engaged in the songs for the rest of the show. I asked 2 more trivia questions (also about animals) throughout my set. By the end of the hour we were all friends.

It’s hard to know what will connect with people and take down that invisible barrier. When it happens it can really help the mood, music—and CD sales. It often pays to go with your gut and follow your instincts. 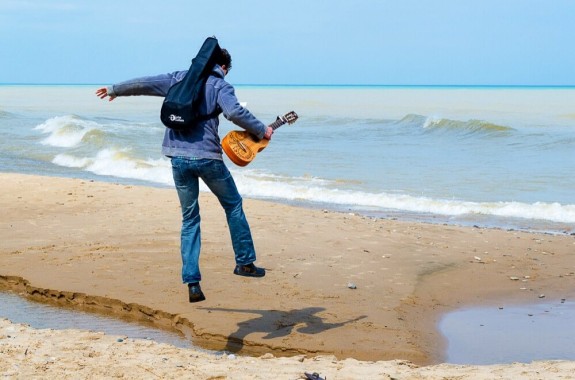 To see Seth live, either on the road or in Albuquerque, check out his website’s Gigs page.