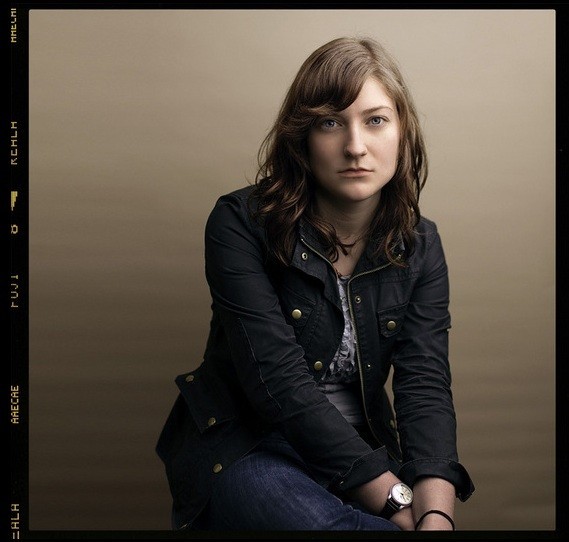 Lauren O’Connell is super fab. She is a great singer, performer, and writer of songs. (And blogs!) Many of Lauren’s fans discovered her through one of her many YouTube videos; I first learned about her through her collaboration with another YouTube ninja: Pomplamoose’s Nataly Dawn. I was very very happy that she agreed to tell us—What’s Your Deal?

Oh, and you should totally check out her Patreon and Bandcamp pages.

I’m a singer/songwriter based in the San Francisco Bay Area. Folk/alt country but please don’t be afraid of the word country. I usually play solo. For fans of Ryan Adams, Wilco, Jenny Lewis.

2. Tell me about your background as an artist and performer.

I think there are few things more humbling than packs of shoppers awkwardly maneuvering around your “art” because you’re in the way of the cheese.

I’ve been writing songs on my guitar since I was 16 or so. I started uploading acoustic versions of my songs (and a few covers) to YouTube in 2007, and found a wonderfully supportive following that way. It just sort of continued from there. Since then I’ve released three albums of originals and one of covers.

The further along I get, and the better home recording technology gets, the more excited I am to control (or at least understand) every part of the process and explore the possibilities. So I’ve become quite interested in audio production, and I’m currently self-producing my next album at home. That’s pretty much where I’m at right now.

A while ago, I got a sort of vague email from what I thought was an independent natural foods store asking me to play at a “party” to celebrate their new location. I interpreted this as being a private barbecue for the staff or something like that. They offered me a bizarrely high amount of money, which I desperately needed at time. Didn’t sound like my dream gig, but self-importance has a way of tapering off toward the end of the month.

I arrived to find myself not at a private party for a small business but at the grand opening of a new location for a large grocery store chain I hadn’t heard of. They had me set up right in front of the little refrigerated cheese island near the front of the store. It was incredibly awkward. The store had the dimensions and acoustics of an airplane hangar, so the sound was awful and people just didn’t really seem to understand why I was there. My sad folk songs have no place whatsoever in a retail environment.

At a certain point though, when you feel sufficiently out of place, I think embarrassment becomes a non-factor. No one had any idea who I was (or cared), and since it was impossible for me to serve any real purpose in this event, nothing mattered as long as I stuck to bouncy major chords. It was actually very liberating. I tend to roll my eyes whenever anyone refers to an experience as “humbling” because it’s usually said in the context of winning an Oscar or something, but truly, I think there are few things more humbling than packs of shoppers awkwardly maneuvering around your “art” just because you’re in the way of the cheese.

I honestly haven’t been listening to a whole lot of music lately, just because I’ve been working on my own stuff a lot. I did see Damien Jurado perform a couple months ago, and it was the best show I’ve seen in recent memory. He was alone onstage, which I was disappointed with at first, but it ended up being fantastic. His songs are just so compelling and there’s a great sense of intention behind every word, which I think sometimes gets lost on his recent albums beneath the elaborate production. I do love those albums, production and all, but it was exciting to hear his songs performed with that sense of directness. He is just the realest deal.

Here’s a Tiny Desk Concert from a couple years ago:

It’s hard to give a general tip that applies to everyone, but if I had to boil something down: try absolutely everything that interests you, and don’t worry about doing it wrong. Don’t be afraid to let something slide down the wall if it doesn’t stick. That’s at least something I try to think about. For me, it seems like the best way to grow as an artist without becoming somebody else.