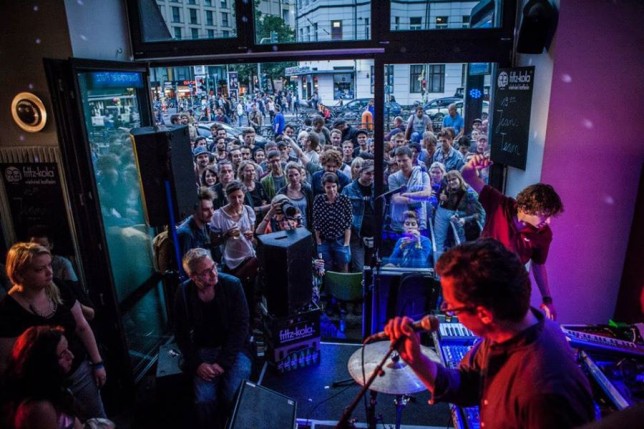 I’ve spent the last three months in a hardcore planning binge of 24 Hours of Art, a 24-hour-long festival dedicated to the creatives of Albuquerque. Much like any other project I’ve ever taken on, there comes a time when I’m so drunk on the process, when I think about it all day and night, where, if you looked deep into my pupils, you would see the 24 Hours of Art logo floating there in the black pond of blind-to-anything-else-ness.

One way I’ve always sobered up on projects is to step away and get another voice to tell me the story of their similar endeavor. I reached out via email to Melissa Perales in Berlin, not so much for guidance, but to hear the story of the Torstraßen Festival, which she helped shepherd into existence. (If you’re in Berlin, go check it out—it’s happening this weekend, Saturday, Aug. 30, from 2pm to 10pm. Check out the site for more details.)

It’s always heartening and motivating to hear about someone who has been successful doing something as beastly as you have taken on. Here is our correspondence.

Out of one project comes another, and they all somehow become entwined.

Josh Stuyvesant: Hi Melissa. I’m part of an Albuquerque-based alternative promotions and productions company called Humbird NM. We are planning a large arts festival monikered “24 Hours of Art” that will take place, you guessed it, over 24 hours at multiple venues. Peri told me that you have experience planning events and could probably give some good advice on planning and execution.

Melissa Perales: Hello from Berlin—it sounds really interesting what’s happening in NM! I really hope that in the next two years I get out there.

Berlin has a similar event called 48 Hours Neukölln. I have nothing to do with it but have friends that participate, as many have migrated or moved to Neukölln [a borough of Berlin] over the last few years. It is fairly cheap and where the wave of international folk seemed to set up shop—kind of like what happens in most cities, I guess, the dreaded gentrification word. It is in early stages but who know how it will look in five years. Maybe with some luck the balance between locals and artists will make it a nice melting hot-pot. 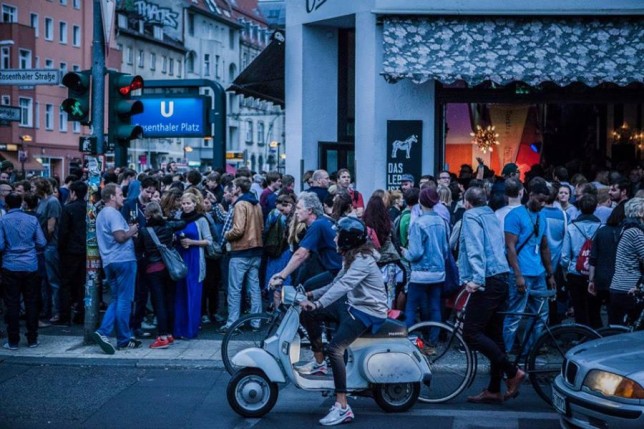 How was the Torstraßen Festival conceived and how did you become involved?

The original idea came from Andreas Gebhard. At that time he was the director of Newthinking Communications & re-publica. Newthinking is a company for open-source strategies and for projects that fall somewhere between, and that interface the diverse worlds of digital technology, culture and the communities they touch.

Andreas had been in London and had attended the event Camden Crawl and came back really enthusiastic about creating such an event in our neighborhood. [Ed. note: The Camden Crawl recently announced it was liquidating the festival.] His vision was a matinee festival that uses the local infrastructure’s cafés, bars, venues and businesses to create a music festival in a specific geographic area of the city—a neighborhood event with music.

Aiming to create a similar vibe to the Camden Crawl, he asked me (a local concert promoter) and his colleague from Newthinking, Andrea Goetzke, to join him. Andrea has worked in different contexts on issues of free culture, open source, digital and music culture.

And, well, an event was born. 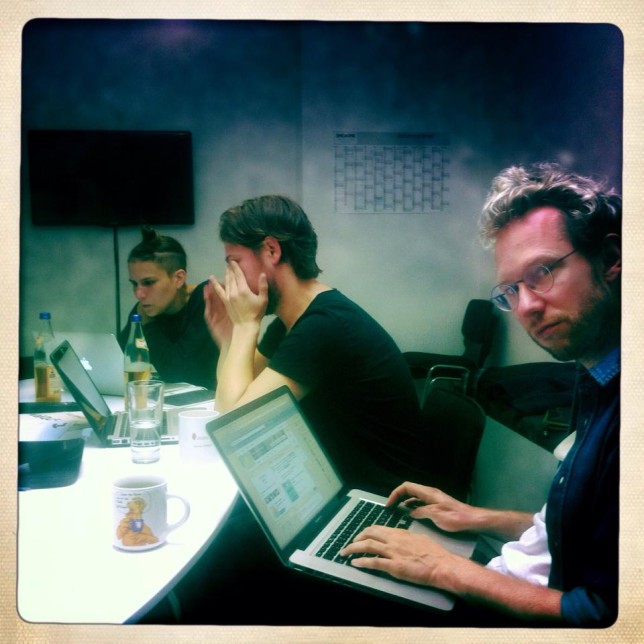 All three of us were also members of, and/or board members of the organization a2n: all2gethernow. a2n is an independent platform and event series that looks for new strategies within the music business and its cultural landscape. a2n invites all artists, music labels, industry professionals, the web community, media and fans to a constructive exchange of perspectives, collective brainstorming, network building and creates a social platform for interaction with peers.

So we have several ties to the music and creative community of Berlin.

The current all2gethernow project is Music Pool Berlin (take a look) and both I and Andrea Goetzke are founding members. I am currently on maternity leave but I plan to jump in next year for the second year of funding.

So as you see, once you get started the web around us gets pretty thick. Out of one project comes another, and they all somehow become entwined. One also notices how many various projects we work on together, showing that a good team is a good team.

We decided that a big sponsor that wants to put their name on everything has been categorically vetoed. We do not want to go down that road.

Since year two, Normal Palm has joined us as a full member. A musician as well as a graphic artist (he does our entire corporate design and just about any graphic project that we work on), his role really filled a gap and added to a great team. The three of us—Andrea, Normal and I—are the core team who make the booking, design and organizational decisions. Then as the festival nears its date we grow and add a Technical Manager, Stage Managers, technicians etc.

The company Newthinking provides great infrastructural help with PR and interns which fill a lot of holes. On the day of the festival many Newthinking team members are helping out at the doors of the festival locations, selling tickets, managing security, etc. But mostly throughout the year it is the three of us sitting around my dining table, a local restaurant or in the Newthinking offices listening and discussing how the new year will sound, what it looks like, and who we will work with. 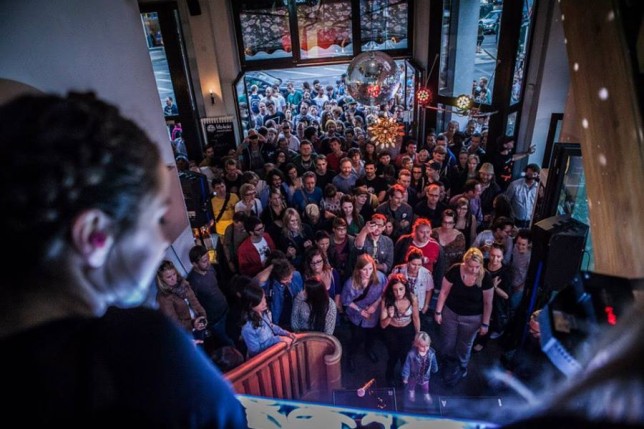 How has it evolved and what have you and your collaborators learned from years prior?

I would have to say from my experience that it is still evolving and we are still learning, but it starts to feel like it’s getting easier from year to year (we are in year four!) Perhaps out of the experience and contacts we are simply more on top of things and the concept has gelled pretty much among the team, so we don’t waste a lot of time discussing the same things every year. Instead we can focus on the important things like the music and the atmosphere and the kind of people we want to work with.

We definitely have realized that the more time you have, the more relaxed and fun it can be. The first festival was put together over a two-month period—pretty crazy but it worked. And we were hooked. But now we give ourselves a relaxing eight to ten months of prep.

An additional aspect is funding. We received funding in our third year which helped us to breathe a bit easier. It was also the first year that we were able to compensate ourselves a little for the work—of course, not in any way a sum realistically equal to our work, but it’s a start. Just like any new business, we invested two years into creating a great event and now we’re starting to see that we are being acknowledged for our work aside from having happy festival artists, guests and venues. 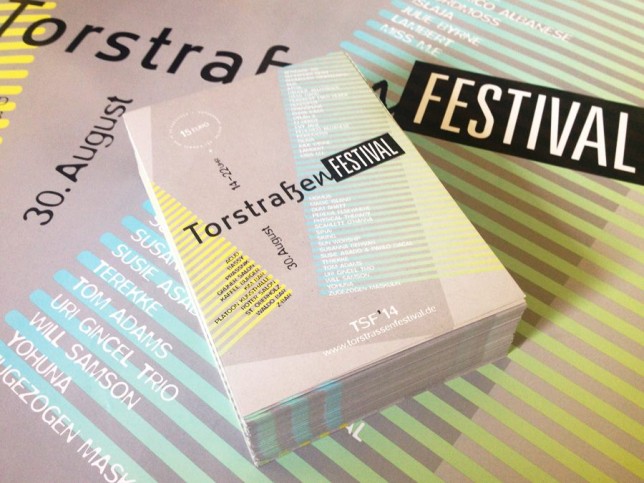 Andrea was our lucky star last year; she wrote all three of our applications and we received funding for all three projects we had applied for. It really helps that we have a few places where the creative fields can apply for funding, and many of them get it. This may be an advantage of living in Europe.

We do a lot together as far as booking is concerned but each has his/her little niche and specialties. Generally we are on the same page as far as organizing an event goes—it is quite harmonious actually—which is really refreshing. We don’t have to do too much lobbying for our input and opinions to get voted in the circle.

Do you have any advice about how to involve the community in meaningful ways? What community organizations are involved with Torstraßen Festival?

Since year one we have always integrated the neighborhood community. For fun we call it partycipate!

<<<Torstraßen Festival is a music festival in our neighborhood and we invite you, people, stores, restaurants, bars, cafés, galleries, launderettes, copy-shops, hotels and offices of Torstraße and beyond to take the festival day as an opportunity to make something happen yourself. Throw a party, open an exhibition or serve a Torstraße menu! >>>

We also choose new partners each year who manage/book their own stage(s) and help to promote. So we are able to tap into other circles and fans that we may not be able to on our own. It has worked out pretty well so far. 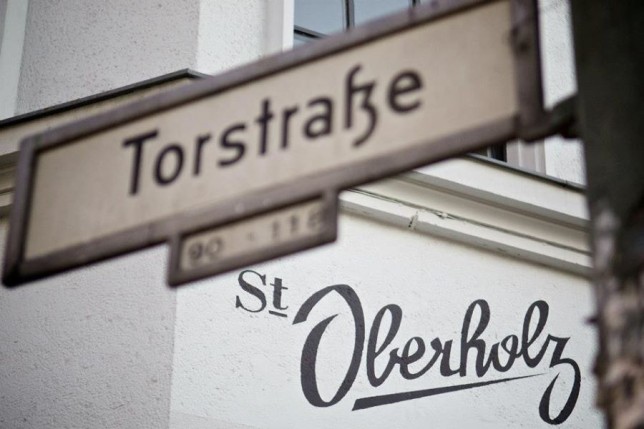 Any advice and/or creative ideas on how to attract sponsors or financial support for a community arts festival? We’re planning things like an auction for original artwork and booth fees for retailers, among other ideas.

We have many philosophical discussions on who we are and how we want to run things. Basically we decided that a big sponsor that wants to put their name on everything (i.e. “branding”) in our festival has been categorically vetoed. We do not want to go down that road.

Instead we have little sponsors that provide things like drinks or food for the artists, equipment for stages, media sponsors etc.

Since we have funding and some sponsors, we hope each year that our ticket sales will remain stable, which they have, some years more so than others. We also have a policy that ticket prices should remain within reason. We generally set prices around €12 [approx. $16] for presales, €15 [approx. $20] at the door.

One thing that we have flirted with but have not yet tried is crowdfunding. I’m not sure if this would work for your concept but it could very well fit if you have enough time before the event takes place.

Sorry this has taken so long. I’m not able to do much during the day; my almost four-month-old son is not a big sleeper so I get 10 to 20 minutes tops at different intervals to do things like check email. If you need more or I was not coherent on something please shout out! 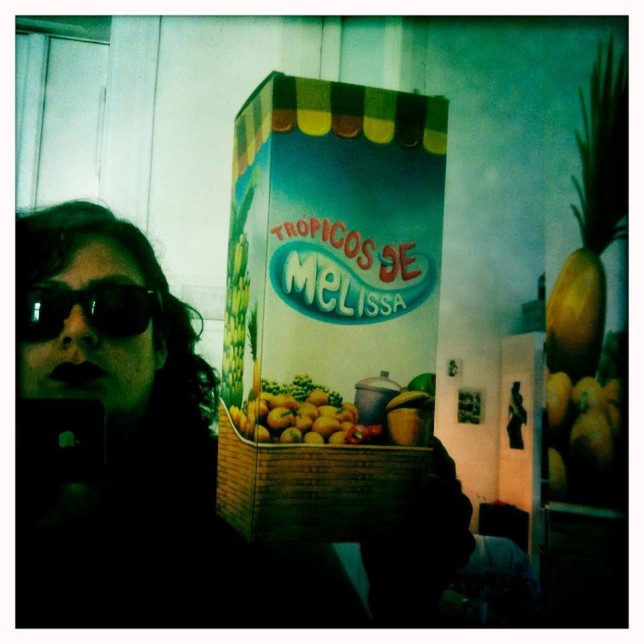