Seattle’s well-respected Fin Records, which was awarded Best Local Label in 2012 by the Seattle Weekly, surprised the music community at the end of July when they announced that they would be “suspending operations for an indefinite period of time.”

Fin has become well-known around town for championing young bands who were just starting out, and putting together inventive and deluxe vinyl packaging at a time while other labels sought low-budget digital alternatives. Fin fronted over 100 releases in just over three years. Here’s a great sampling via a handy Soundcloud playlist.

Founder Christian Fulghum was kind enough to speak to me about the birth of Fin Records, their current suspension, and the struggle of a modern record label.

Shenandoah Davis: When did you start Fin Records, and what was the very beginning like?

Christian Fulghum: In the Fall of 2010, Andy Davenhall and I had been talking about re-releasing the first two Sister Psychic records (Fuel and Surrender, You Freak). We subsequently were advised that we were likely to be sued if we did so, and that idea kept getting pushed back while we tried to obtain permission. No one at Warner Brothers or Bug Music ever responded to our letters or phone calls.

Because it looked like the worst possible time to be starting a record company, that was my cue.

My wife and I had sold the family business (wholesale fabric ribbon) to my step-daughter, and I was in the process of clearing out our warehouse near Seattle Center. Initially, it was just me and a part-time assistant, Angela Hang, in this huge empty space. 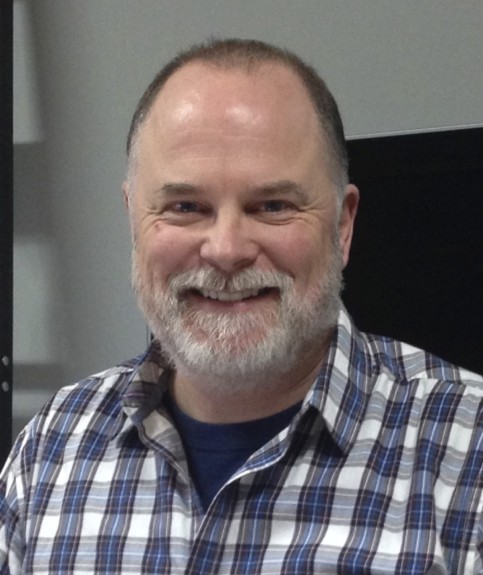 Seattle is well-known for having quite a few record labels over the last 20-ish years that have really championed emerging local artists (Sub Pop, Barsuk, Tooth and Nail, Up, Light in the Attic, C/Z, Made in Mexico). What about the current climate of the music world, local or otherwise, told you that this was the right time to start your label?

Well, it was a very contrarian thing to do. The tech disruption we are in the midst of has completely upended 100-year-old business models for book publishing, music publishing, sound recordings, terrestrial radio, etc. Because it looked like the worst possible time to be starting a record company, that was my cue.

Tech folks like to talk about how new models of distribution have debased the value of musical content. What a lot of nonsense! Content is still king, but there is just so much more of it, and so many ways to access it. I like to say that it has never been easier to write, arrange, record, and offer up your own music to the world. But it is really hard to give away 100 copies. That is the challenge.

What was your relationship to music before deciding to start your own record label?

I grew up in a very musical household. We did not have a TV until I was six. My parents listened to everything from Bach to rock, and we had a stereo in the kitchen. We’d be making tacos and listening to Let it Bleed, Live from Folsom Prison or Nashville Skyline. I played the piano and the cello and then found the guitar at age 11. It was the first instrument my mother did not have to make me practice.

I played in bands all through high school and through my 20s and early 30s. I also own Jupiter Studios with my friend Martin Feveyear, which we started back in ’95 when I stopped touring.

Who was the first band that you signed to Fin, and what about that band really stood out to you?

Well, the guinea pig band was The Diving Bell, my band with Andy Davenhall (lead vocals, guitar, keyboards), Dan Leary (bass), and Josh Schusterman (drums). I figured if I screwed it up, they would forgive me.

The first bands were all 7” singles with punk rock royalty deals, starting with the SEACATS, these super-talented teenagers from Kelso. We put out a single entitled “We Don’t Sleep.” We followed that very quickly with records by Whiting Tennis, David Hahn, STAG, and The Walkabouts.

The worst wrong impression some musicians have is that they don’t have to work as hard if they have a label on board.

As someone who has spent a lot of time in the last few years working closely with a lot of upcoming Seattle musicians, what do you think most young musicians’ impressions or stereotypes of indie record labels are, and what sets Fin apart?

Well, young musicians are very DIY-oriented now, very savvy about social media, getting bookings, writing decent songs, performing live, and marketing themselves. They don’t always have a smooth transition to working with a partner, whether that is a record label, a manager, or a booking agent.

The worst wrong impression some musicians have is that they don’t have to work as hard if they have a label on board. If anything, we all have to work harder once we team up, in order to coordinate the recording, manufacturing, marketing, publicity and touring activities. We have a limited amount of time to make a splash, and we are competing for people’s attention.

Is there any advice, looking back, that you wish someone would have given you when you were starting out?

You mean the label? I would have slowed our release rate way down. We put out over 100 distinct releases (LPs, EPs, CDs, cassettes, 7”, and digital) in just over three years. That’s why we ran out of cash. 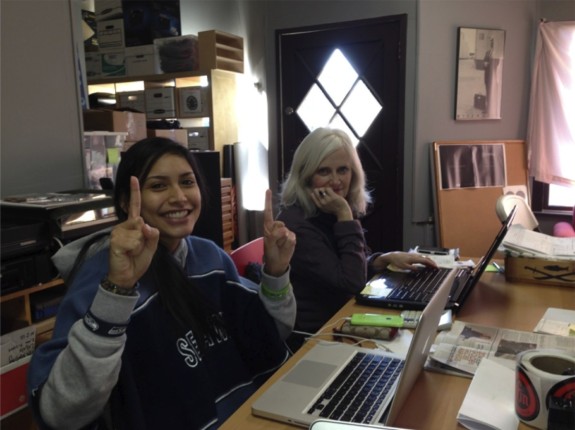 What was the rationale for such high volume?

To amplify what I said above, I would add that since Fin was conceived of as a deliberately eclectic label, and since we were interested in learning what was going on in the marketplace for new recordings, we decided to release a lot of product to learn from the experience. We did not put any pressure on ourselves to make money in the first two years. In hindsight, we could have taken more time per release, and learned just as much, while preserving cash.

What advice were you given that you’re glad you didn’t take?

Not to start the label. As painful as it has been not to succeed at making Fin self-sustaining, I do not regret a single release, or the pleasure of working with such dedicated and talented artists, producers, engineers, publicists, and radio people.

What advice would you give someone who was thinking about starting their own record label?

Be prepared to fail, and fail early. If your business model does not work, rethink it. If Fin had adjusted earlier, we might not have had to suspend operations.

Did file-sharing have a negative impact on Fin?

It is ridiculous when a relatively unknown artist such as Red Jacket Mine releases a new record, and a week later three different sites are offering the tracks for free. We had to write Google constantly to request take-downs of new recordings. How can new independent artists stay afloat if they can’t sell their records? It is much more challenging.

I wanted Fin Records to treat artists like I wish I had been treated. With respect and fairness.

The world of digital distribution/streaming is so far from transparent. Look how well-paid the executives at these companies are, and look how little they pay even really established artists like Aretha Franklin. Digital distribution is a rigged game at the moment. Hard to see how or if it will change.

My impression is that you really tended to take the high road when it came to things like tour support, deluxe packaging, and other line items that many indie labels treat as unnecessary luxuries. What was/is your philosophy with regard to spending money to make money?

Since I am a songwriter and recording artist, I wanted to treat artists like I wish I had been treated. With respect and fairness. I wanted to give artists the support they needed to make wonderful records that they were proud of, with a company they could trust not to tamper with their songs or how the cover looked. 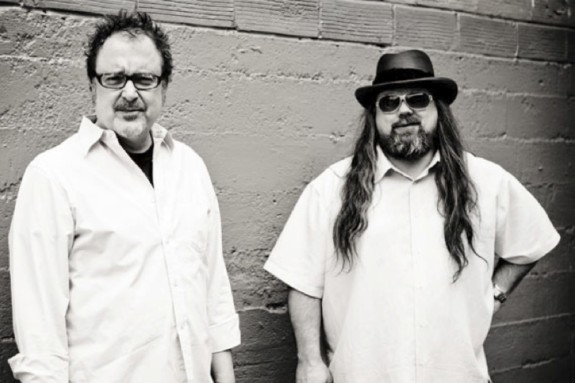 What, as a record label, do you consider to be your most unorthodox decision or business practice?

Not taking any of the artists’ publishing.

What do you consider to be the best-case scenario for a record label in 2014?

If the warehouse were on fire and you only had the means to rescue one Fin master, which one would you save?

Well, of course that is an unfair question. But, if you want to know what my personal favorite record is (and we only released one single from it so far), it would be Pigeonhed’s third album, De Colores, which we are negotiating to release with a new partner. It is stunningly good.

All photos courtesy of Fin Records.