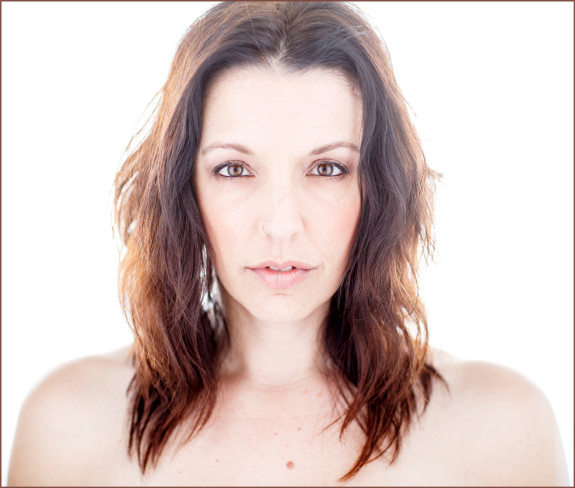 Shannon Curtis is da bomb! I first learned about her extra-magical, superfantastical, ultra-fantabulous book, No Booker, No Bouncer, No Bartender: How I Made 25K on a 2-Month House Concert Tour, from our friends over at the DIY Musician. Not too long after that I bought it from her website (you can also get it on Amazon in both paper and digital formats) and the same evening that I received it in its glorious little envelope, I tore said envelope asunder, jumped into the bath, and read the entire thing in one sitting. Er, bathing.

The book is short, sweet, and superbly detailed. As one who’s grown increasingly weary of the depressing vibe that can be created at traditional music venues, it’s refreshing to see that Shannon’s performances typically involve a really satisfying connection between herself and her audience. She has learned a lot and seems to have included everything you’d wanna know about house concerts. (So, you should buy it and become enlightened in all things house concert.)

Because I loved her book ever so much (can you tell?) I decided to shoot her an email and ask, What’s Your Deal?

I studied classical piano from age 4 to 17, then went off to college to study pre-med biology. I looked up from my organic chemistry text book my senior year of college and realized I was going to be a musician. So I graduated college and started a guitar-based rock band with a friend back in my hometown of Stockton, CA. I had blonde and pink hair and rocked out as the lead singer of this band all over the US until we went our separate ways and I moved to Los Angeles in 2006. I had started writing these piano-based love songs and so I started touring around the country all by myself in my VW Jetta.

In 2010, my husband (producer/engineer Jamie Hill) and I stumbled upon the style that has come to define my sound: my lyric-and-melody driven, keyboard-based songs married to a sweeping cinematic electronic production that comes from his background growing up on New Order and Depeche Mode. We worked on what would become my debut album, Cinemascope, until it was released in June 2013. In June 2014 I released its follow-up, Metaforma.

Jamie and I are currently on a 60-show North American summer house concert tour. All the shows are hosted in the living rooms or backyards of supporters of my music. This is the third summer we’ve done a house concert tour, and it’s the biggest one yet. I had so many other artists asking me at the end of last summer’s tour how we do it that this last year we wrote a book about how to organize successful fan-hosted house concerts. It came out in February and debuted at #1 on Amazon’s Music Business Best Seller’s list.

This isn’t how I thought my music career would look, and it’s not “the way” I was taught to promote a music career. It’s totally out of the box and a huge risk—every show’s success is in the hands of people in my community, who have for the most part never promoted a music event of any kind. But what we’ve found as we’ve done this trust fall at nearly 200 house concerts in the last 3 years is that we’ve fallen time and time again into the warm and open arms of a growing community of people who support independent art on a grassroots level. It’s been the most rewarding, fulfilling, and successful kind of touring I’ve ever done. I love it, and am committed to it so fully that I haven’t played in a traditional music venue in almost two and a half years.

The worst house concert I ever played was in a small, dark garage in a bad part of town in Oakland. Even though I thought I had prepared our host that day with all the tools to host a great show, there were only four people there, and I’m not certain that half of them even really wanted to be there. It was so hard to play through my set that day, but I played as though it was a packed house because I figured that’s what I ought to do as a professional. It was extremely demoralizing. We left there that day and actually asked ourselves if we should hang it all up and get day jobs. But of course, the next night’s house concert was redeeming and restored our faith that what we were doing was not only worthwhile, but also what we wanted to keep on doing for a long time.

My favorite band at the moment is The National. I got to see them perform in Amsterdam a few years ago and was every bit as blown away as I had hoped to be.

One thing I’m becoming more and more convinced of is that success as a career performer comes to those who are the most persistent (perhaps stubborn?) and who work at it and stay with it the longest, through all of the inevitable ups and downs, high highs and low lows. What we observe from afar to be overnight successes actually take years and years of work to build. So if you want it, stick with it and be willing to put in some really hard work.

You can buy Shannon’s extremely detailed, massively helpful book on house concert touring at her website or on Amazon.com.