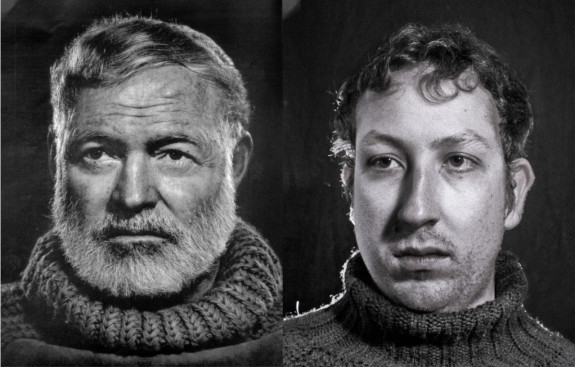 As a young writer, I operated strictly as a poet and novelist. I had a Howard Roark-type complex about my art and thought I was Homer’s gift to writing. In some ways I miss that uncompromising little shit; in other ways, I’m glad that part of me is dead. I still retain a certain disdain for journalism and blogging—but now I’m running an online publication myself. Now I find compromise is necessary, to an extent.

Yes, things are changing fast in the writing world and not necessarily for the better, but as the founder of one online publication, the editor for another, and writer of many other things, I can tell you quality is still king in any format. But you knew that didn’t you? Well your writing doesn’t say so. All I can do is offer some tough-loving (often contradicting) tips on how to be a tolerable writer, sometimes, and make your form a little more acceptable.

First off, I hate you.

You’re the enemy and I’m a self-righteous pseudo-intellectual fuck. If you’re not competitive about writing then you’ve already lost, or just don’t take it seriously enough to make a living doing it. I really don’t give a shit about your dream journal. Good, now we can be friends. When I give you tips, I probably don’t think you’re a threat. If I read your writing, I’m learning your form, gathering intelligence, or just measuring you up. It’s a pissing contest.

Admit it, deep down you think you’re the greatest writer on the face of the planet. You need to have confidence, but not so much that you become the delusional asshole that writes 50 Shades of Grey and thinks it can get published. Fuck me.

Everything you write is a small stepping stone towards something mediocre.

Not everything you write is worthy of seeing the light of day. Actually, a lot of what you write doesn’t need to see the light of day. Remember that everything you write is a small stepping stone towards something mediocre. I wrote a novel and a collection of short stories and poetry that deserve to be mockingly read by Carrot Top. You want to make a film out of your “it was actually a dream the whole time” script? No. Put that shit in the black folder—good writing exercise, man. Just accept it as that, and maybe you can pull lines from it for something better. And for god’s sake take down your Blogspot, WordPress or travel blog, because, trust me, we make fun of you. A lot. Unless you’re a good writer. Just know you’re putting it out there to be judged.

Don’t you dare call yourself a writer if you can’t respect basic rules of grammar, spelling, diction and syntax (actually don’t call yourself a writer until you make a living doing it because we make fun of those people too). I don’t give a fuck if you’re trying to be cool, or contemporary, or stylish, or finding your own Jack-off-hipster-Kerouac voice, if you put trash like wanna, gonna, lol or omg in it, I’m going to completely lose respect for your piece and overall validity as an author. This isn’t a conversation with an Appalachian moonshiner, this is writing. If you want others to take your writing seriously then you need to take it seriously. Don’t be lazy. The rules of grammar apply wherever you are. I have some wiggle room with blogs, I suppose, but not much. You can bend the rules of grammar and style when you’re Faulkner, or me.

But when I say “read,” I don’t mean that fluff-beach-novel-young-adult-fiction Chuck Palahniuck crap. Don’t reread Harry Potter. Don’t just read blogs, articles or the ingredients list on your gluten-free yuppie food. I mean Literature, with a capital L. Something intellectually stimulating, something that is a challenge to read, something that has a style to the language, something that makes you better for having read it. Having a good literary base only helps you in every facet of your intellectual career, and life in general. This is the easiest, most enriching thing you can do as a writer. Don’t know where to start? Start with Homer, Hamlet, the classics, then read a single piece of Keats’ poetry for a week straight over and over again. Then read all 100 of these, and burn your self-help books immediately.

Write in a different way.

Pun intended. Get off that life-draining computer, and use a pen and paper. But don’t be that asshole at a coffee shop with a typewriter. I handwrite most of my stuff, even screenplays; it has benefited me tremendously because my ideas and language become more free-flowing and not controlled by the government. The down-side with a slight up-side: You’ll have to transcribe all of your work to a computer eventually anyway (unless you’re transcribing it for your travel blog, then don’t worry about it), and this is a great opportunity for heavy revision. Also, don’t be restricted by some salty asshole who distilled “the myths”; abiding by anyone’s rules of writing, including mine, makes you creatively inadequate later in life. I will literally dick-punch the next writer to mention Joseph Campbell. Certainly know the template, know your form, but don’t follow it like a fucking playbook. If you feel like writing a scene that doesn’t happen for another three acts, write it. Also this last bit of advice is only applicable if you respect the language.

As in any other craft, just because people are producing mass amounts of shit doesn’t mean you should too. This is especially true given how much material is out there. Don’t just say, “Oh I can do that.” Because any asshole can produce the forgettable rank inhabiting the web. Create something infallible. At this point, I hope you’re pissed off enough at me to go out there and write something worth a damn.