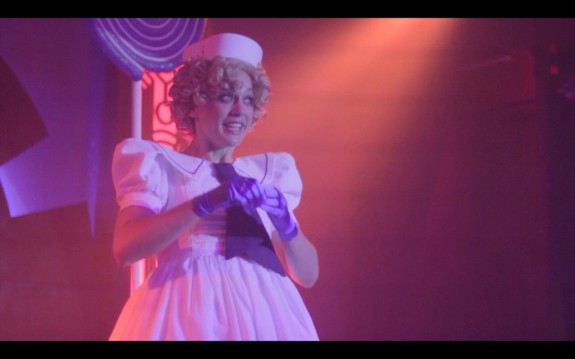 In Los Angeles the walls have ears, I like to say. I discourage friends from shit-talking and bellowing out their creative ideas at cafes or even at my apartment because you never know who is listening. My neighbors alone are assistant directors, camera operators, musicians and more, working in fields as diverse as special effects, post-production and fashion design. And these folks aren’t fantasizing about those careers. These are real, working entertainment and creative arts professionals who make their living producing work that tours, screens, broadcasts, shows and sells.

I’ve actually seen a film story my best friend and I concepted get produced and distributed theatrically without consulting, inviting or crediting me (he got credit). I’ve had my writing published web-wide without author citing. I’ve had my photography show up on fliers promoting bands I don’t even know. I’ve had my costume designs appear on stage before I finished my own rhinestoning. I’ve had weirdos pattern their public personas after my personality and life hackers create social accounts posing as me.

It’s how we create and credit after inspiration that identifies us as honorable or as thieves.

This is all my creative property. My ideas, my talent and my personality are my commodities. So nowadays I use my inside voice for emotional rants and creative concepts. The walls have ears.

Many years ago, I was in a Chicago hip-hop class taught by Kirby Reed, a choreographer I admire. He addressed the concept of stealing another artist’s work with finesse when he busted out one of his signature moves. He said something like (I am paraphrasing—this was many years ago), “I know this move is gonna show up everywhere. If you can pay me; do. If you can’t pay me, then make me a legend by saying my name every time it’s used.” I did indeed use many of his moves in choreography for my students, but every time I did, I said, “This is the Kirby Reed.” My students knew his name as if he was famous. And to us, he absolutely was.

The longer I am a professional artist, the more I realize that people will be inspired by my art and I will be inspired by the work of others. It would be vain and egotistical to think that anything I create is genuinely original. We are always inspired by, riffing off of or embellishing something, whether the inspiration comes from a hike through Muir Woods, a sensual kiss from our lover, or a jaw-dropping Nine Inch Nails concert at Hollywood Bowl.

It’s how we create and credit after inspiration that identifies us as honorable or as thieves. And let’s face it, pay is great and puts food in an artist’s mouth. But accurate credit builds our future careers. And speaking our names to everyone creates legend status which gives influential privileges even after death. 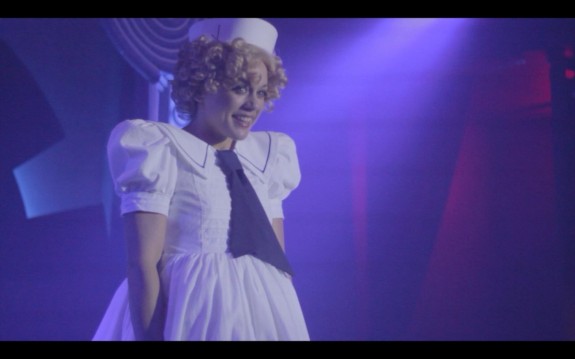 Here are some methods of creation coupled with appropriate crediting. In the end, remember that speaking the name of an artist costs nothing and offers legend status, which is always appreciated.

Artists and producers can be inspired by the morning sunlight as well as a conversation with their dad. Thank yous and shout outs are the appropriate recognition for inspiration. “Shout out to the blossoming jasmine, my inspiration for this next piece.”

I actually did see Nine Inch Nails at Hollywood Bowl last week. Not only did I leave inspired in general, but specifically, the band used movable shadow screens I’d like to embellish in an act of mine. If I am taking any specific idea from another artist, it is required that I embellish it so much with my new concept that the other artist’s work is unidentifiable as the inspiration. This is called riffing or embellishing. If you do not embellish, then you are re-creating or just plain stealing. It’s appropriate in a situation like this to acknowledge and recognize the inspiration you’ve embellished. “I saw Trent Reznor use shadow screens at the Hollywood Bowl magnificently and that’s where this act started.”

If you don’t give public credit for a re-creation, you are stealing. Which is tacky and risky because the walls have ears (and eyes) and someone is going to recognize your re-creation and you will look like you aren’t creatively competent.

A tribute act is like an embellishment or riff, but instead of embellishing the act enough to make the inspiring concept unidentifiable, it is methodically keeping popular elements identifiable to benefit from and honor the reputation of the inspiring legend. Usually tributes are performed in honor of a legend (see my Lili St Cyr and Shirley Temple burlesque tribute acts) and crediting the legend is required ethically, plus it assists audience enjoyment through education and association. Again, a tribute is built on another artist’s popularity, so if you don’t credit them, you’ll look like an asshole professionally because their work is recognizable to much of the world.

Some Final Thoughts on Ethics

Again, with certain artistic media, purchasing rights to reproduce, republish or cover is a clearly viable option and PAY is always the most honorable appreciation! But with performing arts like dance, burlesque, circus, comedy and other live stage shows, rights purchase is not always as clear, so ethics go a long way in one’s long-term professional reputation. A shout out, credit roll or permission request will keep you in good standing with the community and ensure a long-term devoted audience, hungry for your next creation!