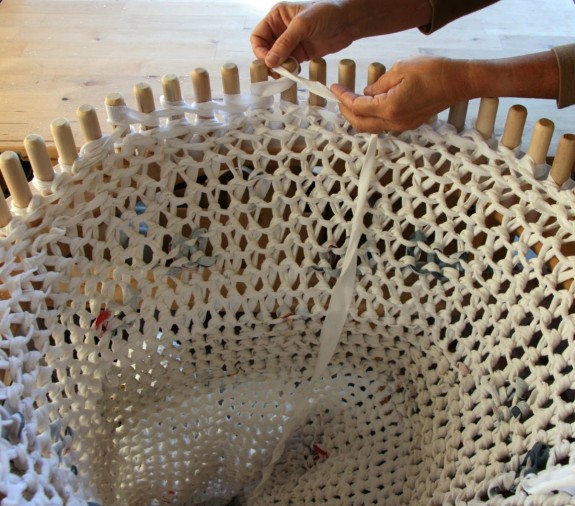 A program sponsored by the U.S. State Department’s Bureau of Education and Cultural Affairs and New York-based music organization, Bang on a Can’s Found Sound Nation, OneBeat is a month-long residency that brings together musicians from countries across the world to write, perform and produce original music that focuses on alternative methods of social engagement.

After the month-long residency, the group tours the country holding workshops, clinics and concerts along the way, engaging in a creative form of cultural diplomacy. The final destination for their Western tour will take place in Albuquerque at the Rail Yards on November 1.

In addition to the concert, OneBeat is teaming up with 516 ARTS to present a special, one-night-only exhibition called You Are the Doorway, curated by Albuquerque-based artist Billy Joe Miller.

I imagine this will be new territory for most of the artists and that makes for a transformative endeavor.

Drawing from OneBeat’s theme of Audio Invisible, You Are the Doorway will investigate notions of the spirit world, thresholds and the invisible powers that guide us. Expect to see some interesting work from the likes of Lea Marta Andersson, Ellen Babcock, Corvas Brinkerhoff, Michelle Montjoy, William Feeney, Lance Ryan McGoldrick, Augustine Romero, Adam Wohlwend and Cedra Wood. Temujin Doran, Jackson Glasgow, Karen Hipscher and UNM Arts Lab will present some video work and you can catch a special performance art piece by Edie Tsong.

I recently had the opportunity to ask Miller some questions about his approach to organizing this eclectic event. 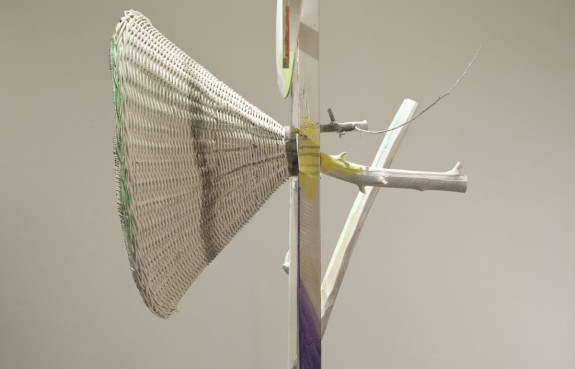 Claude Smith: How did you get connected with this project?

Billy Joe Miller: Suzanne Sbarge connected me to Jeremy Thai and the OneBeat ensemble to see if we could all work together on this event. I was thrilled the event was going to be at the Rail Yards as I’ve been hoping to work with that space since it opened. And I’m also honored to work with OneBeat and 516 ARTS on such a dynamic project!

When I started talking with Jeremy about the show I suggested that he get in touch with the local band A Hawk and a Hacksaw for a possible collaboration. It was a great coincidence when he said, “Actually I’m on tour in Iceland now with Jeremy Barnes (of A Hawk and a Hacksaw) in our band Neutral Milk Hotel, and Jeremy says I should work with you.”

Can you talk a bit about some of the themes you’ll be working with to tie the two events together?

The themes are pretty universal; though the spirit world may not resonate with everyone, death, crossroads and travel are themes we can all relate to. All the artists will be working with themes inspired by Day of the Dead and things we can’t see that have an effect on our lives. I’m in conversation with the OneBeat musicians and I’m sending them images of the work being made. I’m hoping the musicians and the visual artists will both influence each other’s work.

Edie Tsong, a performance artist from Santa Fe, will add a refreshing element to the night in the spirit of a Day of the Dead tradition—writing messages to lost loved ones on altars. She’ll stand on a platform and there will be a vessel under her to collect messages in which anyone is welcome to write to the other world. Between songs she will call out these messages on a megaphone. I think her piece will be a smart bridge between the installations and the musician’s performance.

Did your background as an artist influence the ways in which you’re approaching this project curatorially?

Definitely. My work often has a community or collaborative element. For my large-scale installations, I’m working with lots of artists with different skill sets and this is a lot like that. Also, my work tends to be interactive and invites the audience into a landscape or narrative, and I’ve been looking for that quality in other artist’s work. My work is sensitive to time and place and the fact that we’re connecting this theme with this area, culture and time of year is a perfect fit for me.

When identifying artists whom you thought might be a good fit for the exhibition, did you approach people who were making related work thematically, or did you present them with the opportunity to make something new?

A mix of both. Only a few of the artists I chose already had existing work that fit the theme. Augustine Romero was really familiar with the theme. He curates a Day of the Dead group show every year at the South Broadway Cultural Center. His piece “Krypt” looks like something in between a coffin and a surfboard. While its shape makes a reference to a coffin, its stunning night-sky-like wash of colors and sleek design allude to travel.

I imagine this will be new territory for most of the artists, making for a transformative endeavor. For some, installation is a new medium, and because they’re such amazing artists and they’re propelled by this radical opportunity and premise, I’m sure it will be intriguing to see what they come up with! 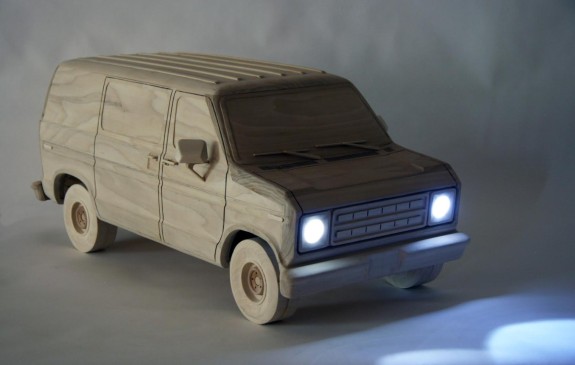 The Blacksmith Shop is a massive building, so in terms of scale, what kinds of things can we expect? Does the history of the Rail Yards itself play into the exhibition?

Some of the work is large in scale. Lance Ryan McGoldrick and Ellen Babcock both plan to make work over 10 feet tall that we walk under and through. All of the work will be thoughtful to the huge cavernous atmosphere and a few of the pieces have light elements, which will increase their presence in the room.

It is a huge space (approximately 25,000 square feet) with a long history and amazing interior including a vast grid of colored glass windows. The Blacksmith Shop was completed in 1917 and used to forge and repair train frames. At one point, almost a quarter of Albuquerque’s workforce was employed at the Rail Yards. Its history and long period of abandonment make it a haunting space. Trains are symbols of points of departure, crossroads and portals, which all align with the theme of the night. And yes, it’s just one night!

Along those same lines, with the space being so raw, have you been faced with any challenges in terms of access to normal exhibition infrastructure, i.e., walls, lights, etc…?

Certainly—and I’m grateful for this restraint. All the work will be freestanding, which is a cool way to activate the space! The work will be set up on a path and we’ll wind our way through thresholds that lead to a vibrant stage of musicians. It will be a rare and magical night to remember!

Claude Smith is an arts administrator based in Albuquerque where he is the Education & Exhibitions Manager at 516 ARTS. As a nonprofit arts organization, 516 ARTS offers adventurous programs that address current issues in world culture, presenting innovative and interdisciplinary exhibitions, events and educational activities in a variety of art forms, including visual and literary arts, film/video and music.

Claude also currently serves as Curator at the Inpost Artspace and is a featured contributor to New American Paintings online.

View all posts by Claude Smith →