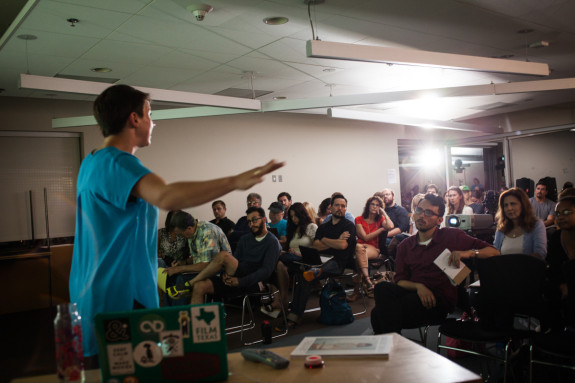 For some reason, I’ve never felt comfortable with crowdfunding. In terms of the platforms, they’re saturated with campaigns that just don’t seem worthy of my pledges, ones whose campaigners seem to be shaking virtual styrofoam cups for change, who forget that this tool is best used as a mode of connectivity, and whose campaigns are masking the truly deserving ones.

Furthermore, my art is derived from a deep-seated, personal need to create. So in terms of artistry, it’s unsettling to consider the possibility that campaigners may very well pander to pledgers, creating something that will be cheered for rather than something that is made out of a personal desire to do so.

Despite these predilections, the arguments that favor crowdfunding—like how projects petition directly to the audience that wants to see them, thereby creating that feeling of connectivity; or how an artist is positively encouraged to go about her/his project in whatever way s/he wants to—are so warmly staggering that I teeter on my cynical high wire.

Audiences are starting to understand that they can vote with their dollars for the creative culture they’d like to see.

Josh Stuyvesant: What is happening to the world of filmmaking now that crowdfunding is a very real tool? Arguably the biggest obstacle for making movies, the money, now has the opportunity of being removed, so what does the foreseeable future look like in the world of movies?

Emily Best: The cost of production has plummeted and the possibility for monetizing your audience on your own without gatekeepers is here to stay. But that means the audience is the gatekeeper—you (finally!) only have to impress the only people it ever mattered for you to impress in the first place. Audiences are really starting to understand that they can vote with their dollars for the creative culture they’d like to see.

Getting money for your movie isn’t the hardest part, it’s getting anyone to see it when it’s finished, almost no matter how good it is. Who can say what the next 10 years will look like given the sweeping change we’ve seen in the last 10? My friend Joshua made a brilliant feature film for $6,000! It used to be nearly impossible to do that. It means there are a lot more pieces of content getting made, and for better or worse, you are also competing with cat videos, premium TV, etc.

It wasn’t always so difficult to get seen once you made something. What we know is that we’re in for more fragmentation of audiences, and the ONLY thing we know you DEFINITELY need to succeed with a good film is a direct connection with your audience so you can cut right through all the noise. 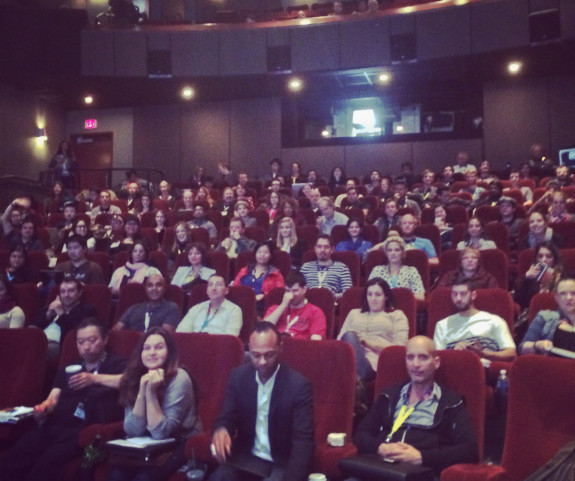 An onslaught of crowdfunded, independent stories going toe to toe with the oligarchical entertainment industry sounds awesome. How do we maintain that and keep it viable?

The thing about the “oligarchy” is that they have really high overhead. They have to make a LOT of money in order to make things worthwhile, which is why they’re not doing anymore specialty releases and they’re totally focused on the $200M+ film. The good news is: we’re really not competing with them.

How do we filmmakers, now funded to make our movies among so many others, rise to the top of the barrel in order to ensure our movie gets seen?

We are small business people. We can build good businesses that are great films. We have to always figure out how we are reaching and serving our customers—the audience. That does NOT mean “pandering”—that means finding the group of people uniquely interested in your “brand,” your authentic voice as a storyteller.

You must go out and find those people (and if you exist, so do they!), bring them in to your process, and make them a part of your success. Kevin Kelly’s piece, “1000 True Fans” really describes how with an achievable number of true fans, you can absolutely build a sustainable career. He’s not talking about a million people. Just 1,000. And that means you’re not in it to be a millionaire, right? (Because seriously, pick another business.)

#StayIndieTour is coming to my town, and I’m excited to learn how to utilize the van-loads of knowledge you’re bringing with you. Why are “doing-it-yourself” and “independence” such important seeds to plant in the minds of creative professionals right now?

If you are crowdsourcing to get your ego petted, you got another thing coming. Crowdsourcing is very humbling by almost all accounts.

Because nobody will do it for you. Well, 0.01% of films made each year get to live the “Sundance dream” of premiering there, getting picked up for distribution and getting a theatrical release. In almost all cases, the creators don’t see a dime of the money on their film. So I have fully accepted that I am probably in the 99.99%. And I have also accepted that, given how much change our industry has seen in the last 10 years, I can expect an even more accelerated rate of change in the next 10. The ONLY thing that will keep artists afloat in such turbulent times is a direct connection to their audience. Who wants to sit around waiting to be picked for a team anyway? 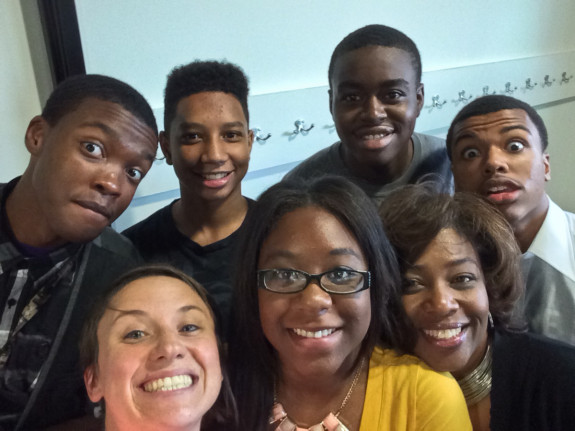 Crowdsourcing indisputably sparks a connective tissue between filmmaker and film lover, but arguments like “crowdsourcing is artist ego-petting” and “win their dollars by having the best/most incentives” are fighting against its propagation. How is Seed&Spark holding on to and fostering that most important aspect—that connective tissue?

The classes we teach are about helping filmmakers offer a unique value proposition to their fans. So we start by helping filmmakers identify whom they should be reaching out to—who is likely to want what they got. Also, if you are crowdsourcing to get your ego petted, you got another thing coming. Crowdsourcing is very humbling by almost all accounts. It takes really, profoundly respecting your audience, because it’s a privilege bestowed upon filmmakers by audiences. We make sure that filmmakers are prepared to run great campaigns that offer exceptional experiences to eager audiences and that those filmmakers are prepared to deliver on the promises of their pitches. 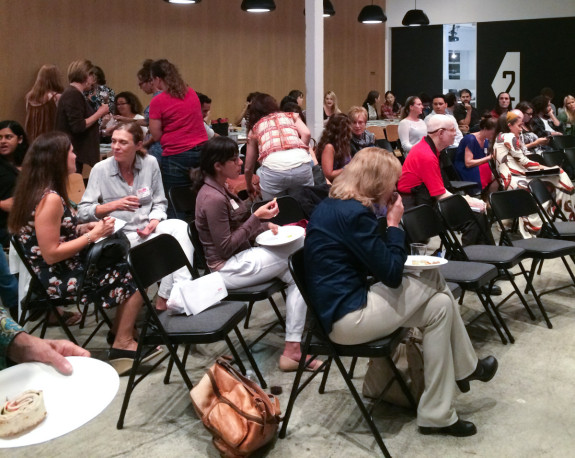 At the New Models of Distribution Panel co-hosted by The Alliance of Women Directors and The Empowerment Project.

Now that you’re the CEO of a very hot business, how has it been for you in keeping up with your personal creative endeavors? Do they sort of take the wayside?

Yes, they have. My mom and I have written a feature script together, and we just finally set aside time in December for a retreat to give it what I hope will be the final rewrite (until set). I have dreams of directing it (part of it takes place in ABQ!) but I think I will have to hand it off. Sigh. The great thing about Seed&Spark is I feel like they’re all my projects! I support them and love them, so I certainly don’t feel in any way creatively stifled. I get to live in a world of wonderful creative people every day. (My team is made up of filmmakers, and one of them just completed his first feature, EEL, which is about to have its world premiere!)

What are your top five all-time favorite movies?

Let’s see, I’ll go with West Side Story, The Wizard of Oz, Gabbeh, Who Framed Roger Rabbit and Say Anything.

Pyragraph is co-hosting Seed&Spark’s Crowdfunding to Build Independence workshop in Albuquerque, NM on October 22 at the Kosmos. The event is free but you need to register; register here.