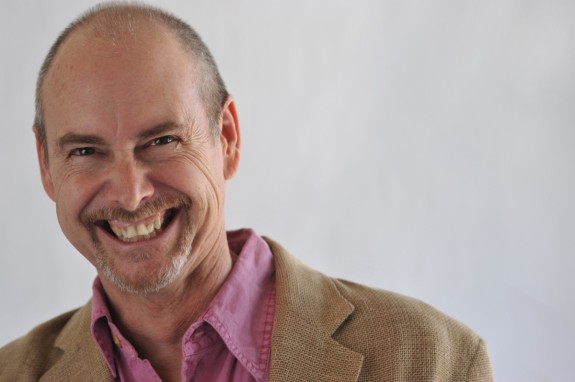 John Dillon, together with Vivian Nesbitt, created both the nationally syndicated radio show Art of the Song, and more recently, the new musician funding platform The Standing “O” Project. Art of the Song charmed me years ago when I first heard a really illuminating interview with The Handsome Family about their songwriting processes. I’m really like The Standing ‘O’ Project, too, as it pays musicians (my band included) out monthly.

Needless to say, I had some Burning Questions for John about all this.

Sage Harrington: I know this is a big question, but how did you get to the point in your career where you’ve created and are running a nationally syndicated radio show and a new funding platform for musicians, featuring all sorts of great artists?

When I first heard the Beatles on the Ed Sullivan Show 50 years ago, I knew I wanted to learn how to play guitar. And, I knew I wanted to play in a band. My aunt gave me a guitar later that year, and I learned to play by playing along with blues and rock records. I put together a few bands in my teenage years, and really loved it.

We saw a need to give artists a monthly income, to help with the rent, touring expenses, or even health insurance.

Turning point #2: Woodstock, 1969. There I learned the power of music not only to attract a crowd of half a million, but to hold it together as a community for three full days. I found my tribe. I knew I would be involved with music for the rest of my life.

In my 20s I had a band and a duo with my first wife. Tried to make a living at it, but it was always a struggle. Learned how to build guitars and built them for the likes of Steve Earle, Trisha Yearwood, Hank Williams Jr., and Tish Hinojosa. Still a challenge to earn a living.

Fast forward to 2003. My wife Viv Nesbitt and I were touring as a country-folk duo, when a friend suggested we do a radio show. We put together a proposal for the program committee at KRZA in Alamosa, CO, and they gave us a one-hour slot. We called the show Art of the Song. We figured if we could do the show well on one station, why couldn’t we do it on a hundred? So we hired a marketing firm and got on 50 stations in the first year. Little did we know that in public radio, it’s very difficult to keep an independently produced show funded. We were fortunate, however, to get funding from Berklee College of Music and the City of Albuquerque.

That funding dried up, and we had to take our own advice and get creative about how to keep the show on the air. This was two years ago, and around that time we were hearing that singer-songwriters were having difficulty earning a living now that CD sales were declining, and online listening was shifting from downloads (which pay artists fairly) to streaming, which pays the artist less than half a cent per play.

I had been studying internet marketing, and looking at multi-level marketing models in an effort to solve these challenges. One day it hit me in the shower (where I get a lot of creative ideas): Why don’t we take the amazing archive of Art of the Song interviews (with the likes of Glenn Frey, Donald Fagen, Bruce Cockburn, Judy Collins, and more) and use that as a foundation for a membership website. We could invite other singer-songwriters to join and give them a full 50% of the membership revenue in exchange for helping to build the community. Thus, The Standing “O” Project was born.

We put together a team of experts to take that wild idea and turn it into reality.

The Standing “O” Project is different from many crowdfunding websites out there, and even platforms like Patreon (for artists who create work on a regular basis, rather than just one project). Can you tell me a little more about that?

I’ve always felt that crowdfunding was a little like begging: “Please help me with this project, and I’ll give you a little gift (or some kind of recognition) as a thank you.” And, as you mentioned, crowdfunding is usually for a single project. When we started The Standing “O” Project (TSOP) we saw a need to give artists a monthly income, to help with the rent, touring expenses, or even health insurance. A steady income upon which to build a solid career. We wanted to create a platform that gave the Fan incredible value for a small monthly fee, so it would be less like “begging” and more like a real exchange of value. What we’ve created is a true win-win-win for the Fan, the Artist, and Art of the Song.

And the value you have to offer is, in part, this incredible archive of interviews from Art of the Song. (I think the first Art of the Song interview I heard was the one you did with The Handsome Family. It was so great!)

Our mission with both Art of the Song and the Standing ‘O’ Project is to inspire people to express their creative voices.

Glad you liked The Handsome Family interview! Yes, the interviews are a good part of the “value.” But there’s much more. The music. The music that our featured artists share voluntarily with the community. They occasionally share a new song with the community to get feedback. Also, there is what we call “exclusive” music, that is, music that we recorded for Art of the Song and can’t be found elsewhere. This music can be searched and filtered by genre. There’s also the opportunity to get to know the Artists through their bios, answers to the 7 Questions, and through the discussion board on each artist’s page.

Could you tell me a little bit about the team of experts you gathered around yourself to make the Standing “O” Project happen? I can imagine that this type of project needs a lot of people to get it rolling.

Vivian Nesbitt (my wife and business partner) is Art of the Song co-executive producer and co-host. I credit her with the depth and quality of our interviews. Tim Nenninger is the Art of the Song producer and content editor for TSOP. Katie Mitchell is our Chief Community Builder. Our marketing team consists of Honey and Blaine Parker of Slow Burn Marketing from Park City, Utah. They created the look of the website, the language, and our marketing materials. Mark Casias and Helen O’Meara (from Albuquerque) are our web developers, and did an incredible job of taking Honey’s page designs and a very complex concept and making it all work. Gordon Klein (also from ABQ) is our User Experience expert and helps us make sure we’re offering what people really want in a way that’s easy to access.

Are these people that were in your life already—how did you find them?

I guess I’d say the team has grown organically. Vivian, of course, IS in my life! We met Tim at an open mic six or seven years ago, and he’s been working with us ever since. Katie came to us as one of Vivian’s acting students at Sol Acting Academy. We met Honey and Blaine Parker at a personal/business/development conference. Gordon was a friend of Tim’s, and he helped us find Mark and Helen.

Great! I always wonder how these things come together—they usually seem to spring from relationships people already have, not from some mysterious, unreachable business world. How did you manage to keep Art of the Song funded? Earlier you mentioned you got funding from the Berklee College of Music and the City of Albuquerque.

Yes, we applied for what’s called “underwriting” in the world of public radio. We had a connection with Berkelee, as one of our contributors back then was an alumnus. We approached the City of Albuquerque at a time when then Mayor Chavez was interested in promoting Albuquerque as a “creative” city, and it seemed like a good fit to brand Art of the Song from “the Creative Heart of the Land of Enchantment.” This prompted our move from Taos County to the big city!

As far as the future? Quite honestly, we’re investing a lot of hope in the success of the Standing “O” Project to be able to keep Art of the Song on the air.

Anything else you want to say?

Our mission with both Art of the Song and the Standing “O” Project is to inspire people to express their creative voices. We believe that, “Everyone has a song to sing.” That is, everyone has a creative gift to give the world. We hope that through sharing the success stories and challenges of singer/songwriters, we encourage people to find their gift (whatever it is) and share it with the world.

Thank you for your interest in what we’re doing, Sage. We encourage readers to visit The Standing “O” Project and sign up for the free 10 day trial.

Oh, and you can listen to Art of the Song on over 150 public radio stations (including KUNM Wednesdays at 10pm for those listening in Albuquerque).