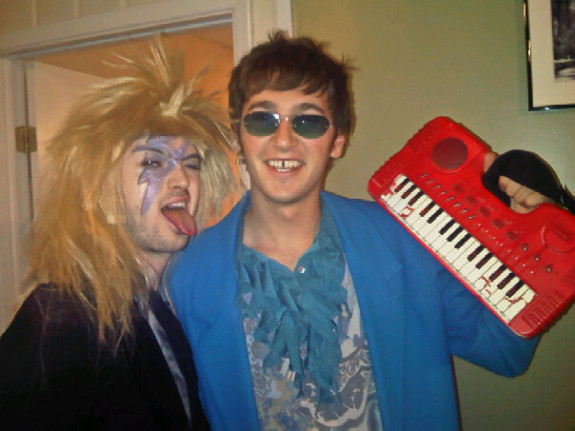 He was David Bowie and I was Elton John.

Or Charlie Chaplin or Frida Kahlo or Elton John or Andy Warhol or Bob Dylan, for that matter. Don’t go as anyone who was ever famously called an artist. You will rue the day.

First of all, people might mistake you for an actual artist. Not everyone suspends their disbelief on Halloween. Last year, people actually thought that my girlfriend was the Morton Salt girl incarnate. If you’re mistaken for an artist, people might start treating you like one, and that comes with as many responsibilities as it does stereotypes. But let’s talk stereotypes:

Your parents will be horrified. Only 10 percent of those who go on to live permanently in their respective costumes will be able to afford retirement condos for their mothers. The rest will spend much time with their mothers’ couches, whether that be sleeping on them or rifling through them for quarters and valuable lint. This is the profound reality of what it means to be an artist. That “struggle” isn’t mythology or romance. It is directly correlated to your mother’s couch and its lack of comfort.

Were you planning to dress as Cobain or Plath or Van Gogh? Oops.

Aside from their disappointment in your future finances, your parents will be disappointed in your overall lack of professional ambition. Let’s face it, you are lazy and unorganized and that’s why you dressed up as Bob Ross. Which came first? Your lack of ambition, organization, and industriousness? Or your artistry?

Next, you will begin to embody that costume. You will suddenly always dress slovenly, as if you just woke up or were just about to go to bed. Or perhaps it was a full moon last night, and after shedding the dreadlocks and dulling your claws on masonite, you emerged human and without memory of the past several hours. This is how you will look.

You will never be able to escape it. This is very much a Dorian Gray nightmare, except that the painting you dread is a portrait of you in a professional getup, and once you see it, you will die, at least in the eyes of those who believe in these afflictive stereotypes.

The next troublesome absolute that you will encounter due to your lack of creative costuming concerns your friends. You will suddenly be surrounded by other artists. It will be a community of good-for-nothings. Your conversations will be circular talks about colors (sociologists call this “reinventing the color wheel”) as well as self-aimed scoffs regarding the “struggle.” Sometimes, you will spend half a day arguing about the names of your supporting characters in your new play.

These people will often be your collaborators, which is less indicative of you being inspired by and inspiring these people, than it is of how few people you actually know anymore. The trouble with this is that while you’re encouraged to support these people, you’re secretly jealous of any of their successes and ecstatic at any of their shortcomings. You are a terrifying being. You are a monster.

These are the criteria you will be expected to meet when you put on that Joplin headband. You’re also not allowed to give a shit about any of it. There is literally less self-deterioration in being a zombie. 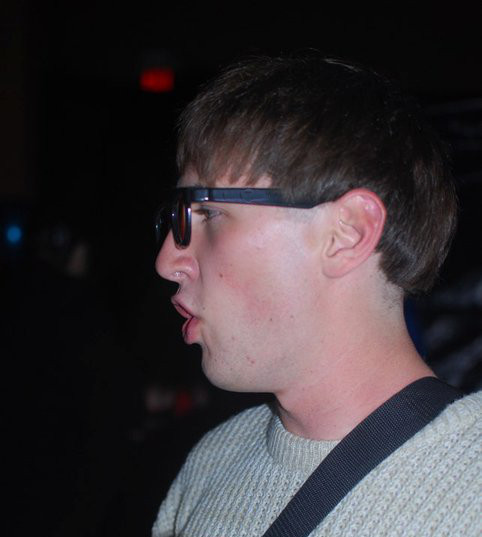 One Halloween, I gave myself a bowl cut and went as Rivers Cuomo, ca. 1990.

You might say, “I can handle that. Despite your warnings, Bohemia is still way more romantic than Paris.” But you’re forgetting your responsibilities.

Artists are the creative minds that your community will look to to solve the problems of infrastructure, politics and commerce. You are Dr. Frankenstein, and your endeavor is to inject life into the pallid ogre you call home. The problem is, you will never be officially hired to do this. In fact, you’ll never even be credited. Your efforts are silently syphoned into the blob-like, all-consuming life form that is your locality.

While it is somewhat vampiric behavior for a community, it is symbiotic. You, the artist, may well thrive in a community with a boastful and robust arts culture, the same way a remora thrives by attaching itself to the underbelly of a shark. But it is a frightful and precarious attachment; as soon as you pledge your allegiance to the shark, who’s to say it won’t turn and swallow you whole? Were you planning to dress as Cobain or Plath or Van Gogh? Oops.

Are you prepared for a livelihood that is both treated as the occult and heralded as the gift of human reason?

Furthermore, your art, to be truly successful, must be a vehicle for new and disturbing ideas. It will not suffice to simply reassure the status quo. Your triumphs will not be measured in how you have pleased your audience, but how much you have frightened your detractors. You must only ask yourself, was the cornerstone of the Beatles’ legend gilded with the screams of ecstasy from their young fans, or the screams of terror from those who likened them to the devil’s jesters?

Are you prepared to don an artist costume this Halloween, and immediately be responsible for your community’s viability and innovation? Are you prepared for a livelihood that is both treated as the occult and heralded as the gift of human reason?

Actually, now that my forked tongue has officially bored entirely through my cheek, I really can’t think of anything scarier to be for Halloween. Can you, Bob Ross?