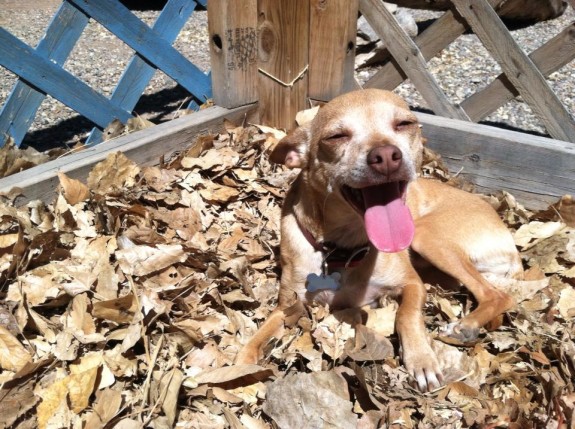 A couple weeks ago I realized something, and it has since made me a very Grumpy Sally indeed. This is what’s happening: my work life involves running around town to spend a couple hours doing some form of work to receive wages per job that could get me less than one oil change or approximately one old chihuahua from the local shelter.

I have decided that I am not into this, anymore.

If you’ll remember, I liked this arrangement very, very much when I gave a big EFF YOU to the man and went self-employed/freelance over two years ago. But now the excitement of NOT BEING A WAITRESS has worn off and been replaced with an excitement not only to pour much, much more energy into music projects I’m getting more and more excited about, but also to NOT BE DRIVING AROUND TOWN ALL THE DAMNED TIME TO COLLECT MY MEASLY PITTANCE.

Nothing is worse than having to cut your work on your latest video short because you agreed to walk some rich lady’s dogs halfway across town and collect money that could buy you but two to three lattes, which you won’t, because you can’t afford them.

I’m also struggling more and more with this idea that the same shit just breeds more of the same shit. I recently mentioned offhand to someone that I babysit, and, lo! Now I have another babysitting lead. Does anyone want this job? I will totally put you in touch with that person, because I am so not interested in ever getting a new babysitting client.

My life—even just a couple hours of it—is just worth SO MUCH MORE than the money I recently spent on an oil change.

Note to self: when you talk to people out in the world, even—no, especially—in casual conversations, you are a musician. You are not a babysitter. You make music, you work with Pyragraph (yay!), you teach music, you make videos and put them on the internet. But you do not babysit, at least as far as the outside world is concerned.

I look at other people, and compare my life to what their lives might look like. There’s Laci Green, feminist sex/gender education video blogger. She seems so busy and so, so, so ass-kickingly hardworking. What does she do all day? I have no idea, but I don’t think there’s any room in it at all for babysitting. I think she’s probably constantly researching/preparing/making her next video, booking her next college tour, speaking at colleges, plastering great stuff all over social media, and generally being a badass activist.

And there’s Tonya Kay, actress, burlesque performer, danger artist. She’s just fucking fearless. No side jobs for her. I feel like, to be a true Tonya Kay-like person I’d need to move from Albuquerque to a much bigger city. Just read her bio. Look at how much shit she’s done! And dude, I’m pretty sure she’s a few years younger than me. Let the spiral of self-loathing begin!

And there’s also Moira Smiley, who I took a vocal workshop from a couple years ago. She actually suggested that I move to a bigger place when I asked. Here’s the thing: she never once in her life worked any sort of job that wasn’t related to music. From the time she was eighteen, she was singing songs and booking shows. That’s just so very, very cool to me. She’s been completely immersed for her entire adult life not only in the music, but also the business stuff that goes along with that.

That’s so fascinating to me. A big part of me wants that to be my story, too, but I went ahead to college and stuff after listening to my parents, etc. as described in this rather unsympathetic Frank Zappa quote: “If you end up with a boring miserable life because you listened to your mom, your dad, your teacher, your priest, or some guy on television telling you how to do your shit, then you deserve it.”

There’s just anxiety. Sure, I have anxiety about money, but there’s also anxiety about time. I just hate hate hate spending time away from the things I want to do, in favor of shit I feel pretty much lukewarm about, and that’s what it really comes down to. My life—even just a couple hours of it—is just worth SO MUCH MORE than the money I recently spent on an oil change.