One super fun result of having done a bunch of touring over the last several years is that I feel a little bit “at home” in a lot of far-flung places around the country. I have a favorite pizza place in Chicago for instance, I know the t-shirt shop I always want to hit when we go through Des Moines, I’ve evaluated and decided exactly which BBQ place in Kansas City is the best.

And, of course, I know where I’m going to get my daily double shot of espresso in Seattle. On our first big leg of the 2014 Summer House Concert Tour, we drove the shape of a giant teardrop around the Pacific Northwest, and happily for me and my appetite for good coffee, we got to spend a whopping 8 days in and around Seattle.

Then we discovered this awesome phenomenon of house concerts: they’re viral.

Lucky me! I say “luck” because in my method of house concert touring, I don’t ever choose the route; the route chooses me. What I mean by that is this: we tour to wherever there are people who want to host concerts for us. A few months before we want to start our summer tour, I put out the word to my email list, Facebook friends, and Twitter and Instagram followers that I’m looking for hosts for our big annual summer house concert tour. I ask anyone who’s interested in hosting a show to contact me so I can give them more information. And then I ask them where they live and when they’re unavailable to host a show in the months of June, July, August, and September.

And then the real fun begins: I put on a big pot of coffee, open up a Google map and a fresh calendar page, and, using all the data our potential hosts have given me about their locations and unavailable dates, I do the super-complex 4-dimensional math problem of routing a tour that hits as many of those potential hosts as possible. We went to 60 homes in 20 states in the US and Canada this summer—that was some seriously mind-bending scheduling work. 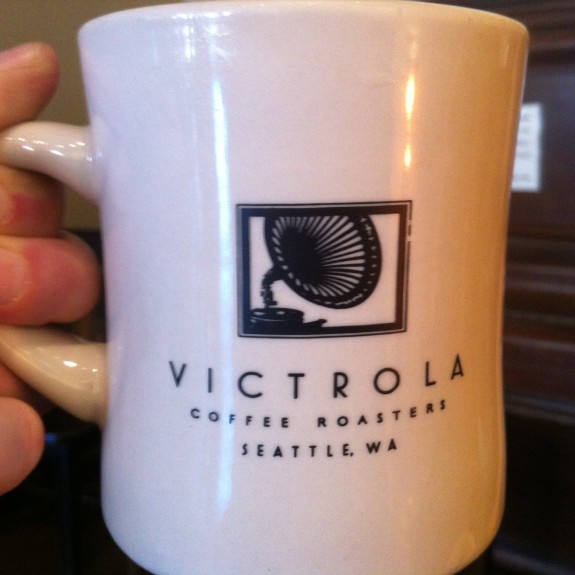 And that’s how the tour chooses us. It’s also how we ended up in Seattle for over a week this summer. It used to be that when we went to Seattle for tour, we might do one or two house concerts. But then we discovered this awesome phenomenon of house concerts: they’re viral. Someone comes to a show at their friend’s house one year, puts their name down on my email list, and when it’s time to schedule the next tour, they’re volunteering to add their house (and their unique group of friends and family) to the tour schedule. And so one or two house concerts in the Seattle area has multiplied over the last 3 years into enough shows to keep us there for a week. (I’m personally rooting for 2 weeks in Seattle next year because…coffee.)

I’ve never built such deep and lasting relationships with a community of supporters as I have when I’ve performed for people in this way.

That phenomenon has played out in places all over the country—Boise, Houston, the Twin Cities, rural Pennsylvania—and I’ve come to realize that it’s one of the most powerful elements of house concert touring in terms of reaching new ears and building a base of people who support my music. 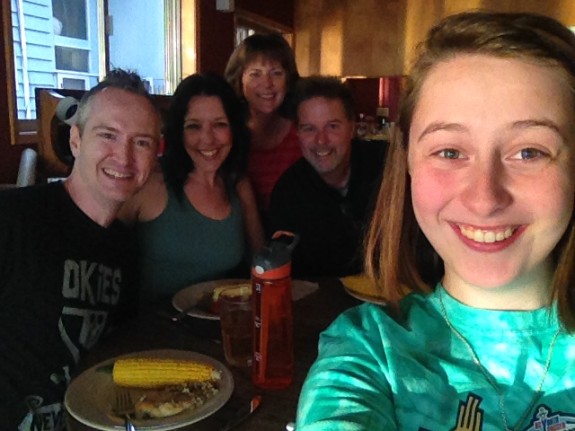 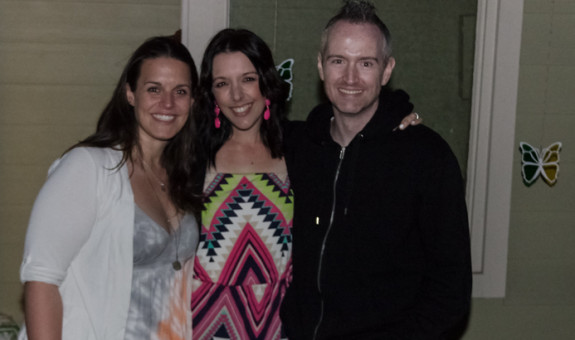 But there’s this other prevailing facet of the house concert experience that’s been so wonderful to discover: I’ve never built such deep and lasting relationships with a community of supporters as I have when I’ve performed for people in this way. This is a really important lesson for someone like me who is dedicated to building and sustaining a long-term independent music career. If I can gather a group of people who have had such deeply connective experiences with my music that they remain supportive of it over the years, then what I have is a network of relationships that will sustain me as a career artist for a long, long time. This is the community that will keep me in the business of making music.

That’s good news, not only for my career, but also for my heart and soul. The relationships I’ve been so fortunate to form with people all over the country through house concerts have become some of the most rewarding friendships in my life. When we left Seattle this past summer (and a number of other places as well), we returned the house key they gave us to use while we were staying in their guest bedroom, we gave them hugs, and we had the privilege of saying, “We love you, can’t wait to see you again,” to many of these friends.

No matter how far-flung it is, there’s no place like “home.”