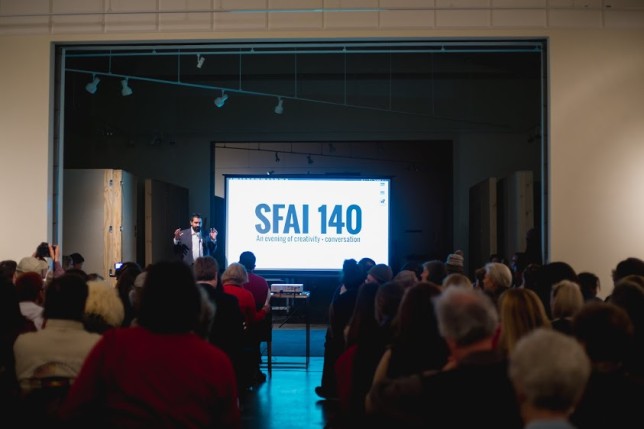 One hundred and forty seconds isn’t a long time. How does someone say anything of worth in a 140-second window, especially with the looming “0:00” that will cut you off as soon as it’s struck? That was the task put to the speakers at SFAI 140, the quarterly event hosted by the Santa Fe Art Institute. I was pleased to be able to make the schlep (more like hop) up from Albuquerque to Santa Fe to attend the fourth edition of this event featuring 20 short talks by artists in residence at the institute, as well as people with a stake in the cultural interests of New Mexico and beyond. 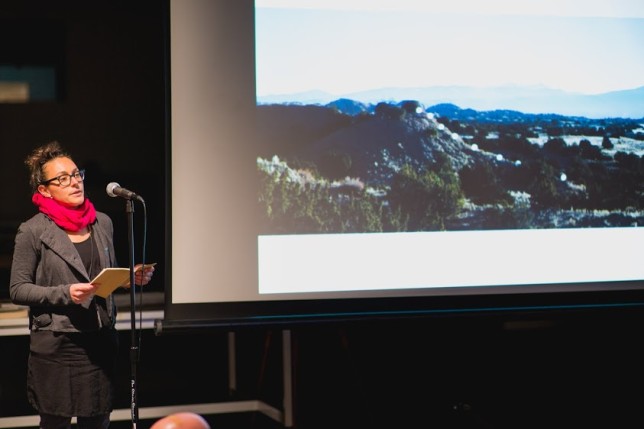 Presenting with the artists were lawyers, a farmer, an interior designer, and other cultural advocates all with their own conversational offering on SFAI’s current theme, food justice.

What was most notable about the night was not the fact that multitudes of intriguing words were delivered during surgically presented talks (seven slides each, 20 seconds per slide); it wasn’t the curious, ear-bent crowd relegated to standing room only; it was the fact that artists were standing on the soapbox of cultural advocacy and cultural advocates were standing on the soapbox of art. It was the fact that otherwise differing conversations were recognized as talking about the same thing, and were held in unison. It was a powerful and forward-thinking way to present the issue of the injustices occurring in the way we eat, grow, and think about food. 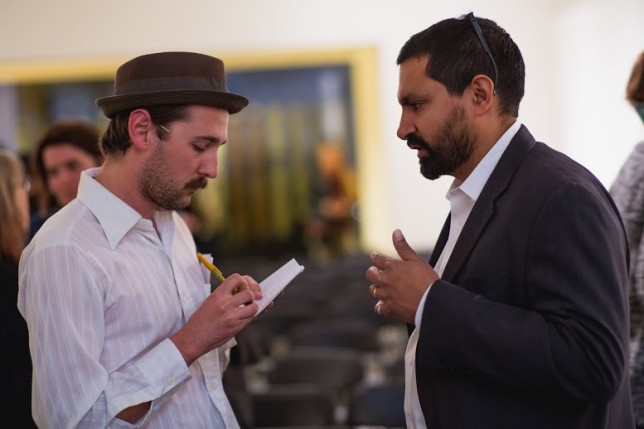 After the talks, I pulled aside Sanjit Sethi, SFAI’s Executive Director, to better understand this pairing, which now seems as perfect as rice and beans. “We realized at SFAI that we can’t be a cultural organization that looks at things myopically. Artists are in the vanguard of those asking: ‘How can things be different?’ The idea [behind 140] is to show how Wojciech Gilewicz’s art contrasts with Todd Lopez’ work, and then giving people the opportunity to see the similarities.”

“What resonates most is our humanity; it’s not the other things, the essential things that sustain us.” —Mira Burack

We’re all talking about the same thing, aren’t we? This model of assembling the varying creative thinkers to simultaneously touch on one topic is something that should happen in more and more communities. So often we hear from poets and poets, visual artists and visual artists, crusaders and crusaders, or proponents and proponents. It’s all too cliquish. 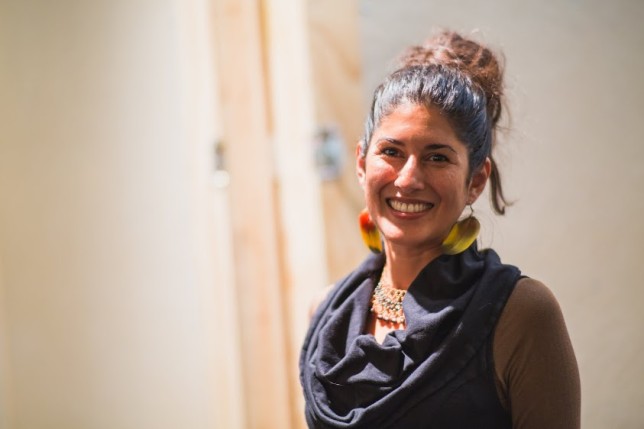 So when SFAI has Valeria Alarcón—a holistic health coach and nutritionist who advocates against the processed foods that made her sick and for the whole foods that healed her—sharing her 140 seconds in a room that was donated to art, there’s a really profound feeling. “I’ve got to thank SFAI for providing this dimension of conversation, because, in the end, everything is interrelated. My creative source is preparing food,” Valeria said so matter-of-factly and proudly. “I’m also very thankful to SFAI because it’s so empowering to be seen and heard. We don’t get to see the Latina community represented very often.” 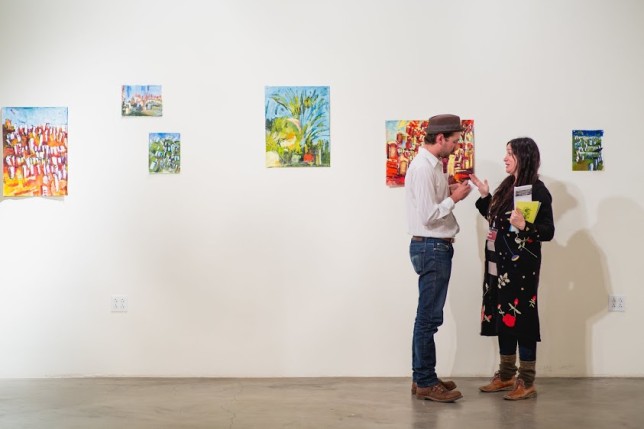 Or take Mira Burack, an SFAI Artist in Residence, who, along with Kate Daughdrill has used her art to make an impact of the issue of food justice. Together, she and Kate made The Edible Hut, a “community gathering space in Calimera Park on the eastside of Detroit with a living, edible roof and oculus to the sky.” 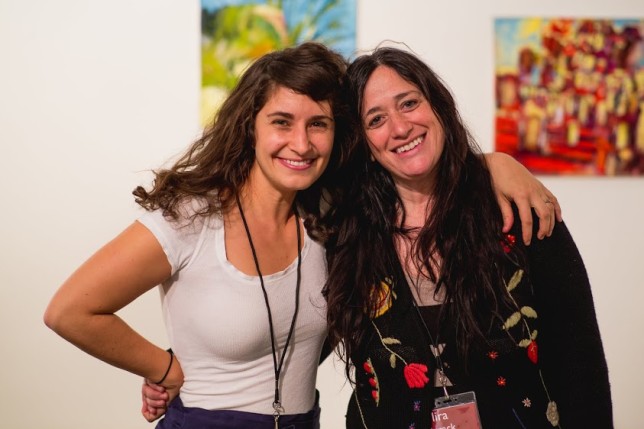 Mira Burack and Kate Daughdrill, the minds behind The Edible Hut.

I reminded Mira about the fact that she is both an artist and someone working on cultural infrastructure, the best of both worlds during an event that was showcasing the best of both worlds. When I asked her what the importance of combining the differing voices means, she replied, “What resonates most is our humanity; it’s not the other things, the essential things that sustain us. It’s our humanity. When you work from that, everything opens up. Our conversations, minds, hearts, doors all open up.”

I was just happy to be part of the conversation, to hear the brief but impacting statements by everybody, and to hear how they harmonized. Thanks, SFAI. 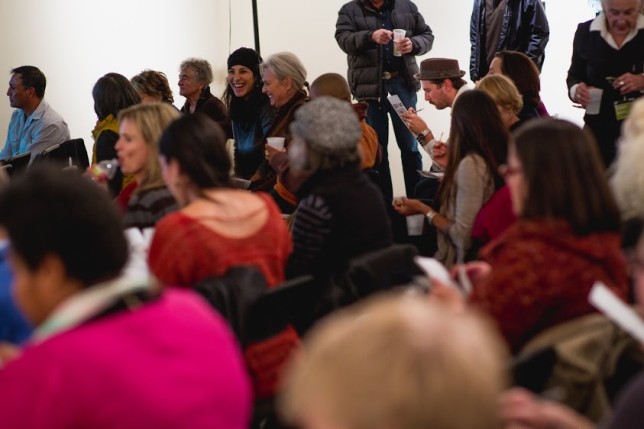 Come to SFAI on December 10 at 5pm for Conversations @ SFAI, a participatory series of critical conversations on complex topics that have local interest, national relevance, and connect with their thematic residency. 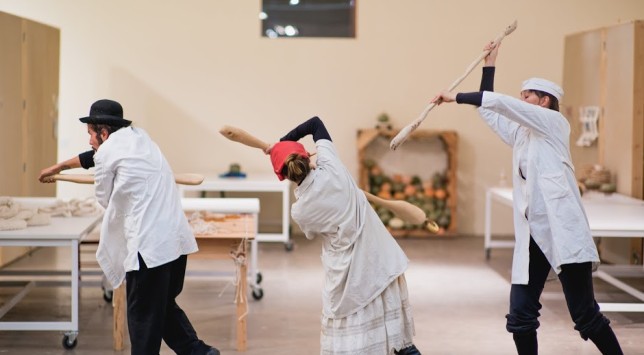 The event ended with an impromptu dance led by Ursula Maria Berzborn and featuring the sculpture of Ann Schnake, both current SFAI Artists in Residence.