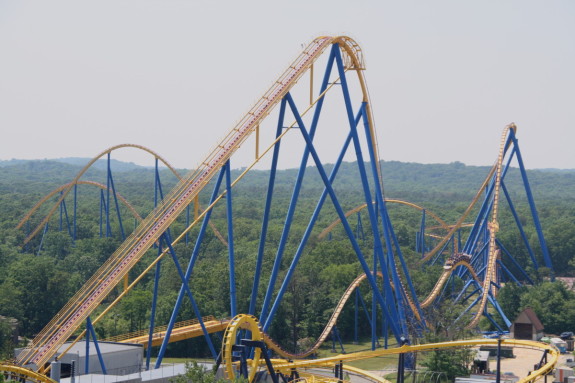 Several months ago I came across this video from FITC Events’ Toronto Conference, in which designer Stefan Sagmeister discusses the problem with our current use of the word “storyteller.”

Throughout the short clip, he refers to the common theme of storytelling in design industries these days where—yes—the term has become a bit overused. “It’s all the people who are not storytellers who…for strange reasons, because it’s in the air, suddenly now want to be storytellers,” he notes.

There are elements of storytelling in everything—from music and art to radio and magazines.

As someone who writes, edits and—for all intents and purposes—shares stories for a living, I tend to disagree with much of Sagmeister’s argument. I understand his dislike of an overused word in his particular industry and I agree that a designer is a designer is a designer, much in the way my job title is Writer or Editor, depending on the project. Yet, I still use my craft to share stories. Aren’t designers—the good ones, anyway—doing the same thing?

In the video, Sagmeister notes that those who write novels or create feature films are true storytellers. His tone implies that most others are not. I’m sure many people working in various creative industries would find at least some fault with this sentiment. There are elements of storytelling in everything—from music and art to radio and magazines.

I have to ask: How does he ever happen upon inspiration or joy if he can’t find stories in just about everything in the world around him?

Sagmeister says: “Your story is boring.”

According to Mr. Sagmeister, if your story is too small, too insignificant or too boring, it simply doesn’t count. You are not a storyteller. Sagmeister tears apart some roller coaster designer who happens to fancy himself a storyteller by calling his story bullshit. Now, don’t get me wrong, I wouldn’t necessarily call myself a storyteller if I designed roller coasters for a living. However, if the idea of telling even small stories through design gets that particular designer out of bed each morning, then I don’t see the problem.

I have to ask: Who is Sagmeister to decide which stories are worth sharing?

Sagmeister says: “Just because you see doesn’t mean you should do.”

What matters is that you’re sharing a story in the first place. Just after the one-minute mark, Sagmeister mentions that it’s easy to believe we can do something simply because we’ve seen others do it successfully. I wholeheartedly agree with his sentiment: You cannot learn a craft by osmosis. That’s not how this all works.

However, I find his elitism to be troublesome. He notes that just because he watches films, it doesn’t mean he can create one. I disagree. His film may not be up to the same standards and the artistic quality might be of lesser value than that of a big-budget film, but I would argue that he can, in fact, still make a film. He just has to be willing to try.

I have to ask: Has he never been a novice?

In my experience, it doesn’t matter if the depth or length of your story and the medium by which you share it is significant only to you and those who support your telling of it. What matters is that you’re sharing a story in the first place. Every person, service, product, place and thing has a story and there is a large portion of our population that tells those stories every single day. If we choose to call ourselves storytellers from time to time, I say good on us.

What are your thoughts on this clip? How do you feel about the word “storyteller”? Let me know in the comments below.

Jennifer E. Snyder is a freelance writer, editor and podcast host based in Northern California. She shares stories of creative entrepreneurship, wellness, life’s adventures and everything in between. When she’s not working, she can be found giving in to her insatiable urge to travel as much as possible.