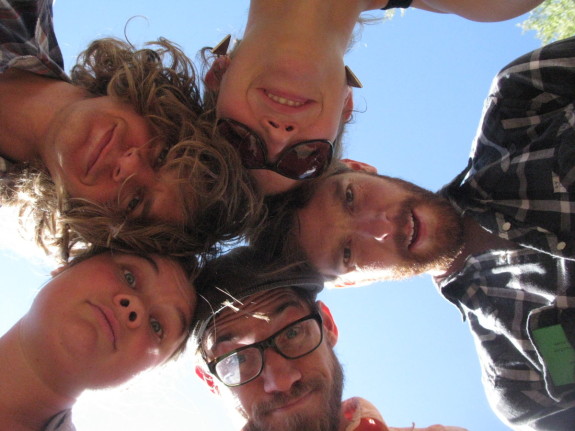 Originally published at CactusTractor.com, where the band chronicled their US Tour in the Shape of Yemen. Here, David (alias Sebastian), Christy (alias Ginger), and their dog, Orson, experience gross things on tour.

We’ve been on the road for almost two weeks. Sleeping on a variety of surfaces, bathing in different parts of Lake Michigan, gleaning our water from coffee and rivers, and eating every other day has some interesting results. It feels like I’m at a perpetual 3rd grade slumber party. Everything that is gross is also funny. In fact we’ve been collecting gross things—Sebastian picks them up and puts them in his pockets—but I’ve just been making a list.

The other day on our way to the beach in Hyde park I noticed that Sebastian had stepped on a condom:

“David, you just stepped on a condom” –Ginger

We helped David’s friend, Paul Wilhelm, move out of his apartment the day before yesterday (also in Hyde Park). Seven or nine (but definitely not eight) of us were helping him carry boxes down three flights of stairs like sweaty ants taking food to the queen. Orson licked our legs as we passed him on our way up, then, perhaps as a direct result, he vomited on the stairs.

We spent the better part of the afternoon this way: sweating on a vomity staircase. Every once in a while we’d hear someone further down groan under the weight of a bookshelf, or a particularly heavy box. It was a disconcerting descent through hot sticky air accompanied by the sounds of tortured moans and curses drifting up from below. We joked and laughed about hell to make ourselves feel better.

When the couch was lifted up from its place in the living room there was a collective cry of shock. The couch (which probably had not been moved for about 7-9 years) had been obscuring a bed of thick mousse-like rolls of dust which had ensnared a giant collection of empty (and full) water bottles, a couple of flip flops and several tennis balls. It was nothing short of amazing. See the film! 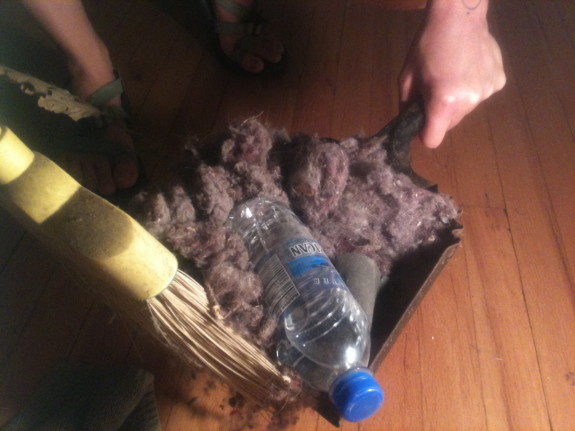 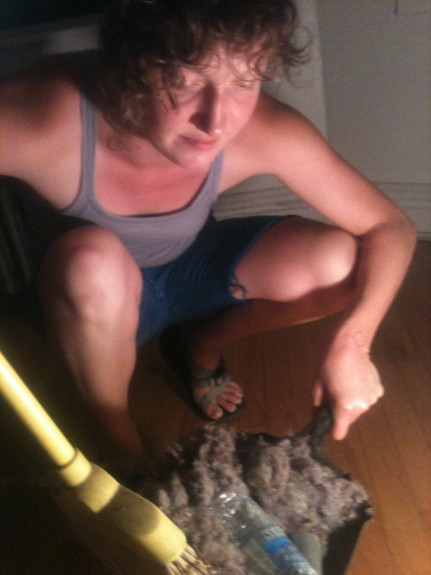 After a long day of moving we crashed at another friends place, a very nice apartment with several large collections of liquor. 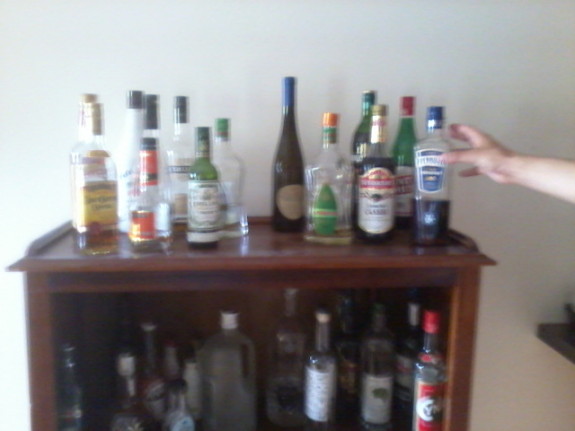 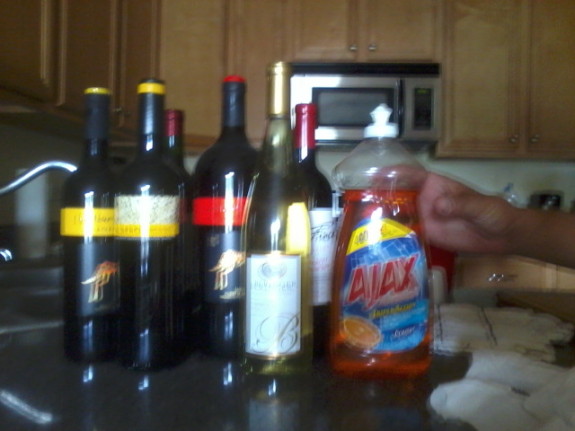 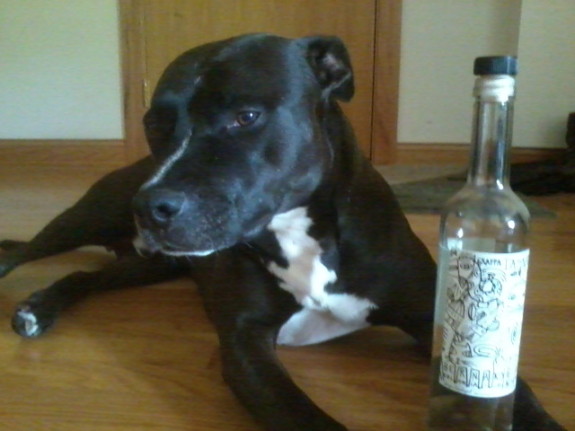 It could be that Orson had a little too much alcohol, or that he was still confused from all of the sweat and lake water he’d been drinking, but as soon as we got downstairs yesterday morning he peed on David’s suitcase. Later, when we arrived at Glenna’s in Milwaukee he made himself at home and threw up on her neighbor’s foot.

All photos courtesy of Cactus Tractor.