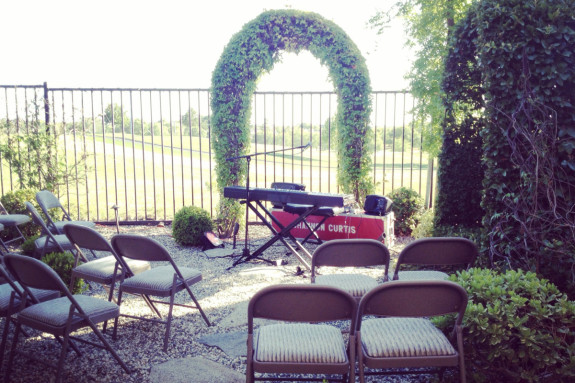 So I miscalculated just a little. We were scheduled to leave for our 60-show summer house concert tour on a Thursday morning this past June, a whole day before the first show of the tour (which, incidentally, was going to be at my mom’s house—seems like a good place to start, doesn’t it?). I had about 150 packages to stuff and mail to people who’d supported the crowdfunding campaign we’d done to raise the money to finish my new album. I thought, “No problem! I’ll stuff all the packages Wednesday evening, and we’ll swing them by the post office Thursday morning before we take off on tour.”

Ha. I was not even halfway done with my stuffing when birds started singing outside, our 70-year-old landlord appeared in the front yard to do his daybreak Tai Chi, and I realized I no longer needed the lights on in the house because I had just accidentally stayed up all night stuffing envelopes. Oh, and I had just run out of tape.

It was just as I had remembered from last summer’s house concert tour: an utterly magical, connective, transformative experience.

And so, a little off-kilter from lack of sleep and a long drive, we did show number 1 of 60.

I’ve come to think that being off-kilter isn’t such a bad thing, though. Being on tour inevitably makes a person off-kilter, even with the best of efforts to remain, well, on-kilter. You rarely get enough sleep, you’re frequently in an unfamiliar environment, and even though you try to eat well, sometimes the best you can do is Taco Bell. But I think there’s a certain benefit to being forced into a bit of discomfort on the road: for me, it makes me that much more conscious of my need to laser-focus on my performance and be utterly present in the music during the show.

It’s strange, but at shows where everything seems to be going perfectly as planned, I often find myself taking for granted that things are going well, I get too comfortable, and I slip up. Oops.

So, we showed up at mom’s house for the first night of tour, already tired, and we set up for the show. It went great. All the shows on our tour were house concerts, hosted by people who support my music (hi, Mom!), who had invited their communities to come for a unique evening of experiencing music in the most intimate possible way. 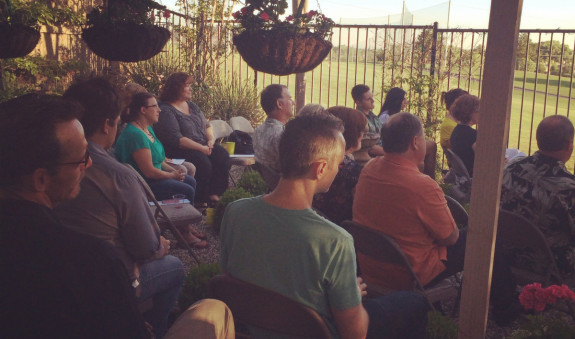 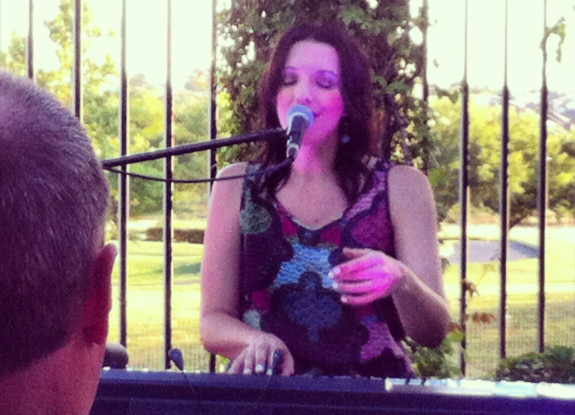 I’d been practicing my tour set for 2 weeks, and even though there were a couple things I discovered in the course of that performance that needed tightening up for the next show, and even though I was operating on less-than-desirable sleep, the guests at the show were right there with me. They were dialed in to every note, hanging on every word. It was just as I had remembered from last summer’s house concert tour: an utterly magical, connective, transformative experience.

There is something disarming and powerful that happens when a performer gives everything they have in a performance for an audience in the intimate confines of a house concert. It takes the guests at the show off guard in a way that allows them to genuinely, deeply connect with the music in a way that I think is difficult to replicate in a traditional music venue. It happened at show number one, and despite my pre-tour prep miscalculations, we were off to a good start.

We crashed out after the last guest left that night and squeezed in as many hours of rest as we could before starting day 2 of the tour the following morning, our first double-header of the summer: one show in the afternoon and another in the evening. Ready or not, here we go.