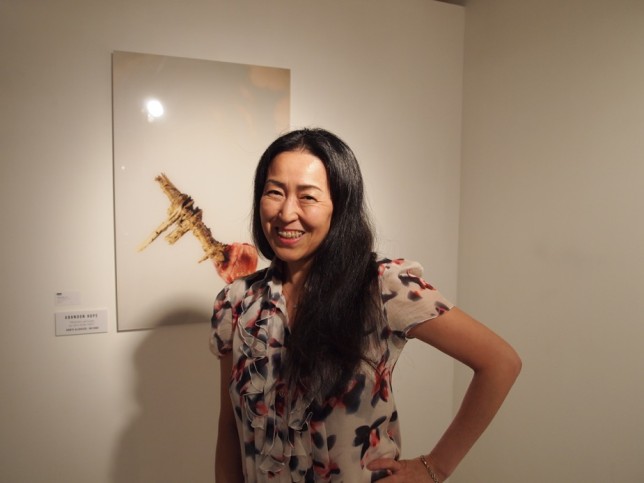 Ashlee continues her journey into defining what today’s audiences want by spending an afternoon with Nana Onishi, the owner of the Onishi Gallery and the creator of the Onishi Project. (Read the previous installment here.)

Nana Onishi is an artist. She studied fine art in both Japan and the U.S., her background being in painting, photography and “making artwork with [her] hands.” Despite being from a traditional Japanese art environment, she loves contemporary art. So, she did what all crazy contemp artists do—something different. She began to create pieces that focused on the senses, particularly smell. She was picked to show at one of the Biennales in Italy (big time, I know), and had one of her nicely scented creations bought. She was as shocked as the next person, because seriously, who really buys gigantic tubes of flowers for their foyers?

If “making it” as an artist wasn’t enough, after a life-changing internship Ms. Onishi finally found her true path. Nine years ago, she became the gallery owner of Onishi Gallery. To make her place amongst what was then nearly 400 galleries in Chelsea, NYC, she decided to bring traditional Japanese art to this part of the world. Imagine some of the living masters in Japan, who have had their art tradition passed down through the family for generations. Yep, exquisite—and expensive.

She didn’t stop there. Years later, there was something niggling at her. She was missing one of her true loves. In 2012, Ms. Onishi founded the Onishi Project as a part of the gallery. The goal of the Onishi Project is to bring management, guidance and opportunities to emerging or mid-career contemporary artists, also shown at the gallery. So now we have neon lights and Dante’s descent into hell through the image of a beautiful-eyed goat in one gallery room (the past Suzy Kellems Dominik exhibit), and exquisite, simple vases in the next. Uh, eclectic comes to mind. So does AWESOME.

But this is her: a shockingly refreshing voice in the current art world. And she is very sweet to boot. And she has a lot of really great stories. From my trip down the best-kind-of-rabbit-hole-of-an-afternoon, so many juicy, shareable tidbits emerged. I hope you are salivating… 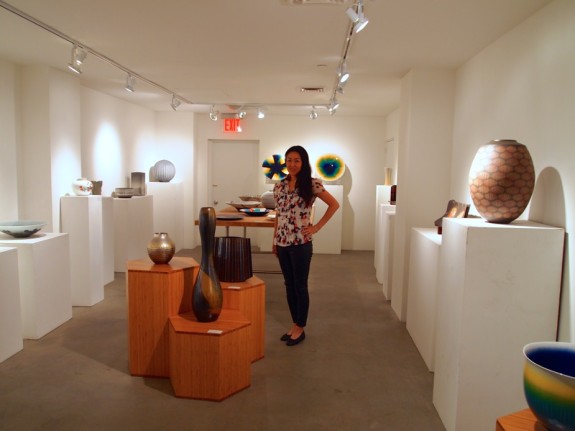 TIDBIT: Know who your audience is—and go hunt them down.

Ms. Onishi’s mission is to “educate the eyes” of people towards new art forms, and her gallery is set up to directly achieve this goal. Of course, she also has to make money to keep the lights on.

“Much contemporary art explores outside, whereas Japanese work explores the inner universe, shape and form. They want to show people what’s inside. Japanese traditional art has a new audience here. Almost 100% of customers are Western people. Most JTA customers live in the Upper East side, near The Met,” Ms. Onishi stated matter-of-factly. Now, these are the types of customers for whom the 20-minute cab ride to Chelsea is like going to Europe. Solution: she goes to them. She presents at art fairs in the Upper East, goes to customer’s homes, and holds viewings, sometimes even in places like the Four Seasons. Bring the honey to the bees, I say.

She says most of the people who actually come into to the Chelsea gallery are younger and newer to collecting art. Contemporary art is perfect for those audiences. I was one of these. I initially found her gallery through the Chelsea Art Walk. I went to Onishi specifically because it said there would be a performance art piece, and they boasted free cocktails (see! It all comes back to the alcohol). She did tell me that film and performance art in a gallery context were very difficult to sell and make money, but it was a way to interest new people. It certainly caught my attention out of the 350 other galleries.

JUICE: Whether you are a film or theatre maker, musician, artist, etc., know who your main audience is and research the best way to reach them. Pick your festivals, concerts, exhibitions, galleries, and presentation mode accordingly! Get creative with ways to reach out. 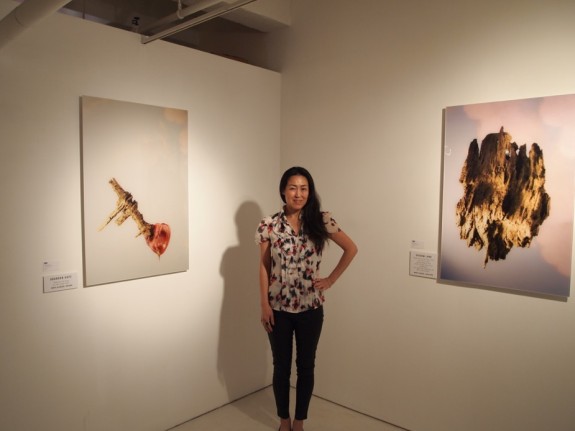 TIDBIT: You are never too young, too old, or from the wrong walk of life to follow your passion.

Many artists have had careers before they are able to find or explore their calling. Many know exactly what they are going to do even in elementary school, and it never changes. Ms. Onishi told me about a man who was recently a part of the Onishi Project: “In Japan, the nation is getting older. We have many older Japanese artists, after retirement. For them, it’s like a second life.

“One of them, Wataru Matsumura, worked at the Japanese City Hall for 40 years. After work, he made art. For all that time, every day. His dream had always been to have a show in NYC. He came to me when he retired. And he had so many pieces after 40 years! Each of his works took six months to complete, because it was so detailed and he had so little time.” Ms. Onishi made this dream possible for him, and he got his NYC show. Though, because his art works were like his babies, he didn’t want to sell any of them. She finally convinced the reluctant artist to sell at least one!

H. Hugh Miller was also featured in her gallery. He was “the CEO of Hartford International Insurance Company, so, high up. He already made retirement. He completely changed his career. He found [the Onishi Project] online, so he contacted us by email first, saying he’s a photographer and wants to have a solo show.” And he got it, along with a new lease on life. Mr. Miller had travelled frequently with his work, and always had his camera at hand.

JUICE: If I, or any of these other people, can do it at various times in their lives or stages of their careers, anyone can do it. Ignore the doubters and haters, find and be nourished by all the supporters. The audience is wide, varied and hungry for new, fresh ideas. 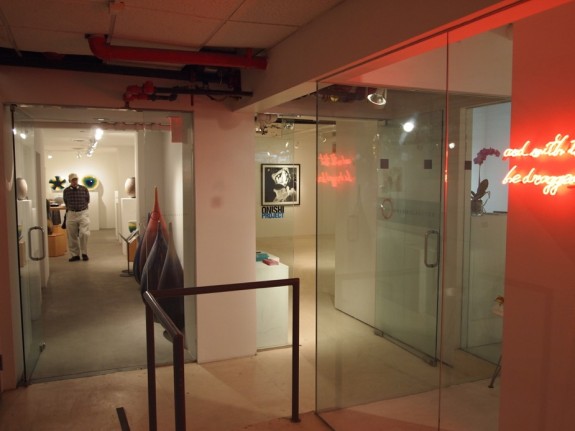 TIDBIT: Find a mentor, or a trusted contact, before making any big decisions.

This goes for those about to take the plunge into a new realm, those thinking of moving to a new city or country, or even those thinking about spending money on certain festivals and avenues. As Ms. Onishi chuckles, “Why spend five years on your own, when you can achieve the same in six months with the right help?” She makes no bones about the difficulty though: “How do they mingle and get access to clients? You have to be at certain parties and places to meet these people; you cannot just grab their attention randomly, or by sending material. You have to meet them in person and talk about your art. It is very difficult.”

There is hope, though, she says, “Nowadays, there are so many ways to become artist. When I was younger, there was not so much information out there. Now we have internet, websites, so many management companies; people share information. It is more accessible.”

JUICE: Do your research. The best thing is to find someone you can talk to, someone you admire. Most people are more than happy to help and share their experiences, sometimes even contacts. It is seemingly vital to have a guide. 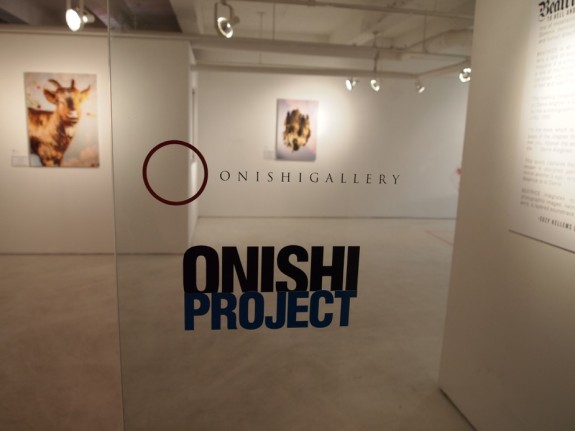 TIDBIT: Don’t be afraid to share your story, or learn theirs.

“People always look for a special story when they are collecting art,” says the gallery goddess. In other words, the public wants to find the one with the amazing life story, or the underdog, or the one who actually cares about the audience’s stories. This is why tabloids are so popular. We are interested in the lives of others.

Ms. Onishi told me many, many stories—some too scandalous to repeat. The point is that I lapped up each and every one with delight, and it brought a new dimension to the work, to her, to the gallery. It made me feel more connected to it. Don’t despair if you don’t yet have a drawn-out life story. The 18-year-old ingénue who makes work based on her high school experience counts too. “People are fascinated to find young artists. For collectors, they want this, as they feel it is very special. They want to find the ones no one knows.” And all of us audience members like to relay these stories to our friends.

JUICE: Don’t be afraid to put yourself out there. Your story can add a different flavor of spice to life, and to your projects. It can also work in reverse with interest in the “hidden” or “recluse” artist, but it is worth thinking about and finding your stance.

In the end, be a bit more like Ms. Onishi. Dare to be bold, dare to be different, dare to tell your own story, and know those of your audience. Most of all, dare to dream and look up to the clouds.

The Onishi Gallery has an exciting revolution of work being presented there, and for all of you contemporary artists, the Onishi Project is currently having a “Call for Artists” for upcoming shows.