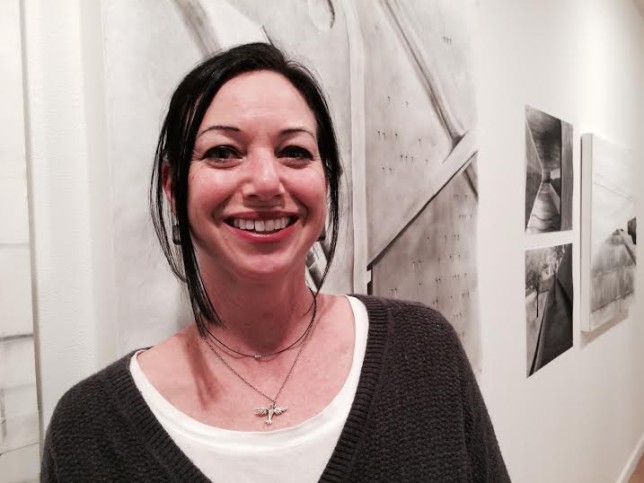 As some metropolitan cities in the world have become quite proficient in applying the terms “innovation” and “sustainability” to the design of their city, I have watched Albuquerque struggle with its own application, like a hapless clown learning to juggle. To scan Albuquerque’s urban landscape on any given day, you’d be lucky to see a construction crane lurking there, if even in use.

While it may not be the skyline where we can see any activity, and while the docket at the City Planning Committee is perhaps slightly empty, one only has to look at the local designers and architects who are taking it upon themselves to think, talk about and apply those two desirable terms: innovation and sustainability.

Our challenge is to not let developers decide the fate of our city, but to put it back in the hands of visionary planners, architects, landscape architects and artists.

What we have here is a solid foundation of creatives who, at the end of the day, are the ones this city will look to to move us forward in a responsible, practicable and awe-inspiring way.

This foundation of designers and architects is being represented in an exhibition at 516 ARTS. From both established and emerging artists, we’re promised quite the array of media, which complements the variety of the ideas being portrayed.

As someone who lives in a city built on the talents of artists, I’m hugely intrigued by the focus of the architectural portion of the exhibition: the Art in Architecture. These are the people whose ideas and the implementation of those ideas will both literally and figuratively change the way we see the place in which we live. The exhibition is entitled From the Ground Up: Design Here + Now and is a facet of the huge burst of creative energy and collaboration in Albuquerque, On the Map: Unfolding Albuquerque Art + Design. 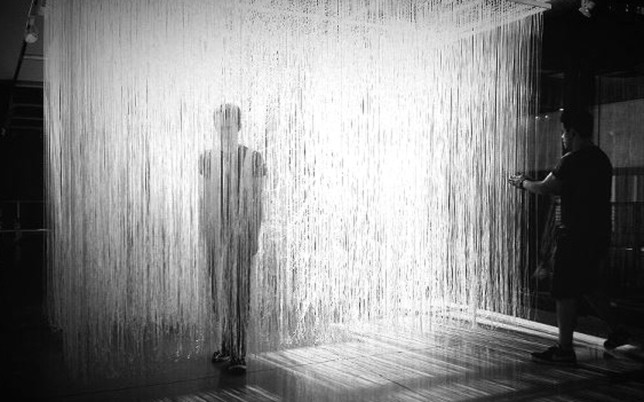 Naturally, I had some Burning Questions for the curators of the exhibition, and was thrilled to speak with Katya Crawford. As well as being one of the curators of the show (along with Viviette Hunt, Kristen Shaw and Mira Woodson) and a center point in our architectural and design community, Katya also teaches The Urban Typologies Studio and Theory in Landscape Architecture and Environmental Design at the University of New Mexico. On top of all that, she’s the co-founder of Westbund West, an artist collaborative in Albuquerque.

Josh Stuyvesant: Especially in Albuquerque, which I’ve heard be called an ugly town, is the “Art in Architecture” something that you find is recognized by the majority of people, or is it something that’s almost strictly limited to those who are architecturally educated?

Katya Crawford: We can’t speak for the majority of people, but there is a reason why certain cities are loved—they all have a strong sense of place, a genius loci. Right now, Albuquerque’s sense of place is less about the built environment and more about people and their cultural rituals. A critical mass of great, contemporary architecture would help Albuquerque define itself for the 21st century. We are getting there, just slowly.

I was intrigued to find that so many architects were being showcased. What were some of the criteria in choosing these designers, specifically regarding whether their works were speculative or completed?

We had an open call for submissions that we pushed heavily in the architecture community. All of us work within or have strong ties to this community, so it was easy to get the word out. Most firms submitted built work, but some submitted fantastic conceptual projects that push the boundaries of what we typically call architecture. We were thrilled to be able to present a visual discourse between theory, concept, and built projects. 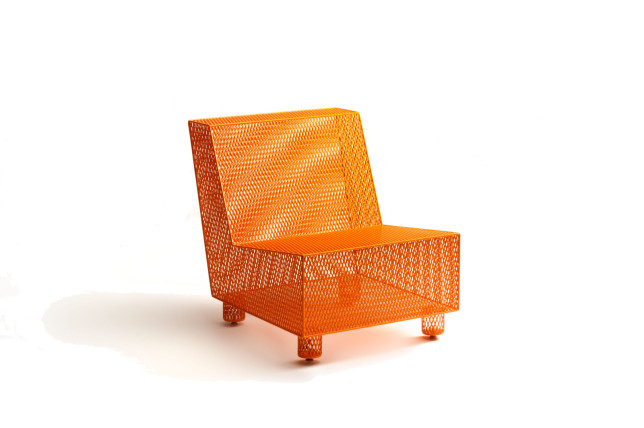 What kind of Albuquerque cityscape can we expect in the future given the lavish amount of design/architectural talent we seem to have? Or, do you think we will lose many of these artists, especially the students, to places with more jobs, places where one might actually see a construction crane or two?

Many students at the School of Architecture & Planning do leave to get internships with big firms in other cities or countries. Some of them stay away, others come back, and some never leave. We feel optimistic about Albuquerque’s future and believe our students and local architects are poised to take on the very real challenges of environmental and social sustainability.

The SA+P has also partnered with the city of Albuquerque to take on local projects. This partnership, CityLab, is located downtown, right across the street from 516 ARTS, which also has a strong relationship to UNM and the city. There is tremendous potential in collaborations between education, art and local government to make real, positive change via design. 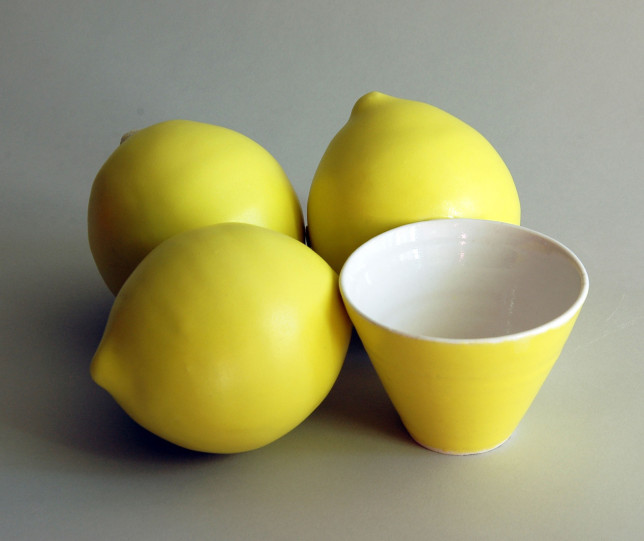 “A Study in Lemon”: Jeff Krueger

In the same vein, what are some of the challenges in Albuquerque, and in any city for that matter, in trying to preserve the cultural and historic architecture while also creating a more sustainable cityscape?

There are so many great examples of the preservation of history and culture fused with contemporary architecture in European cities. Take Amsterdam for example. The historic core is distinctly unique to the Netherlands, yet woven within the city fabric are brilliant examples of contemporary, cutting-edge architecture. The tension between the two creates a very rich dialogue between history, the present and the future. The urban experience is exhilarating, layered and dynamic.

New urban spaces and buildings have the responsibility to be anchored in the present, yet sensitive to the past. This does not mean replicating the past, it means learning from it. Our challenge is to not let developers decide the fate of our city, but to put it back in the hands of visionary planners, architects, landscape architects and artists. 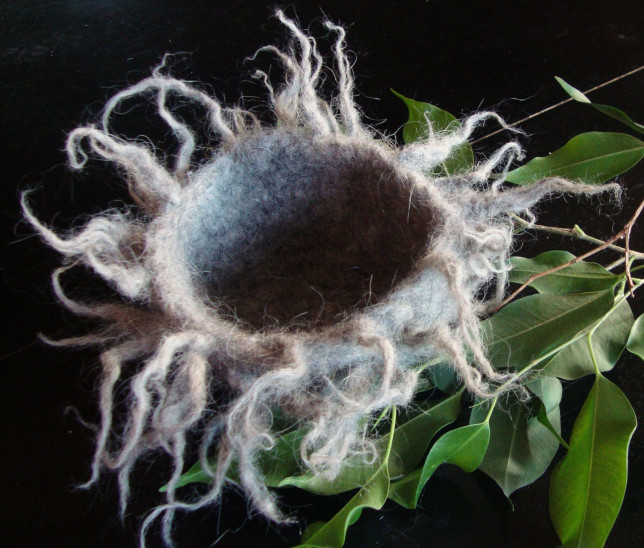 What was the impetus behind this exhibition? Furthermore, how did you and the other curators arrive at the structure of this show?

The exhibition was originally planned as two separate shows with a design exhibit downstairs and an architecture show upstairs. As each project developed, it quickly became apparent that there was much overlap between the two exhibitions. Furthermore, the upstairs and downstairs each provided ideal installation spaces for certain aspects of both exhibits. The decision was made to merge the projects. Structuring the show was a fairly effortless process and reinforced this decision.

From what I can tell, there’s something intrinsically contemplative and architectural about it, particularly in the white cubes section of the exhibit. Talking more about art and architecture, what can you say is the biggest distinction between visual artists and architects? Where are your brains different?

Architects and landscape architects create physical, inhabitable interior and exterior spaces. Both environmental and social sustainability, as well as beauty, are at the forefront of the thought process behind design. Architects and landscape architects must respond to environmental conditions, as well as create functional, safe places for people to inhabit. Visual artists have less of a responsibility to the public, allowing the creative process to be more of a personal exploration. In short, differences may be found in scale, a responsibility to the public, and the utilitarian core of architecture. Similarities may be found in the abstraction and representation of ideas, and a curiosity and transformation of our physical and cultural worlds. 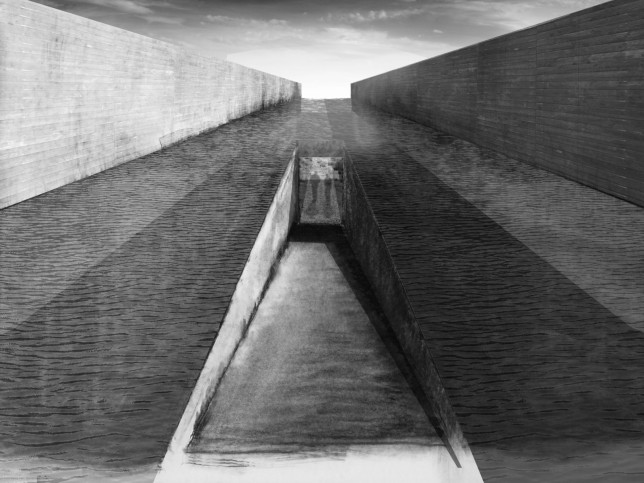 The opening reception for From the Ground Up: Design Here + Now will take place Saturday, January 31 at 516 ARTS. An opening night satellite event will take place at Central Features. The exhibition will run through April 11.