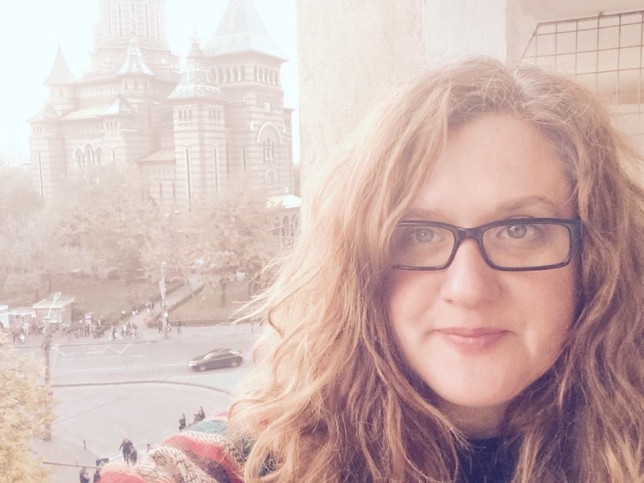 Guest Blogger Juli Hendren is a founding member and the Artistic Director of Tricklock Company and the curator of the Revolutions International Theater Festival.

It’s that moment when the lights come up in the theater. The show is over and I’ve just witnessed magic. My heart is full, my mind is blown, and I want to talk to someone about it. I want to talk to everyone about it. Someone in the audience begins to speak and I think, “I don’t understand what you are saying.”

My friend Neal recently described Revolutions as a series of narrowly averted disasters that result in something remarkable. Yep.

I am in Poland.

Or Romania, or Uganda, or China or…somewhere not Albuquerque.

Next thought, “How do I bring this magic back home?”

For three weeks every January, Tricklock Company produces The Revolutions International Theater Festival. We bring theater from around the world to Albuquerque for performances, gatherings, galas and workshops. Revolutions is about connection. It’s about cultural exchange, understanding and inspiration. It’s also about bringing the most kickass theater to the 505. This town is full of great theatre year-round, but with 33 shows in 19 days, Albuquerque erupts with the world’s theatrics.

As the curator of the festival, I am always looking for shows that differ from the norm. I love circus, performance art, dance theater, shadow puppetry, experimental work—work that challenges traditional American Theater. 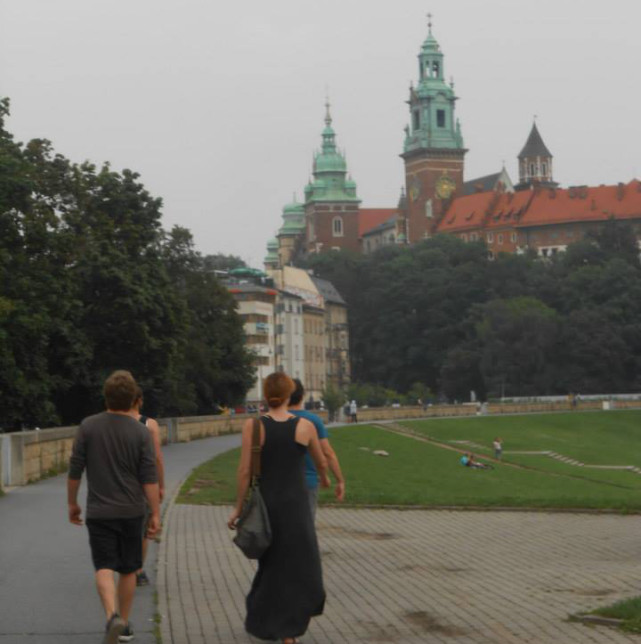 One of the best ways for me to find shows for the festival is to see them firsthand while on the road. Tricklock Company has been creating and touring devised theater since the mid 1990s. While we are touring, we try to see other shows on our nights off. Our producers might recommend another show in town. Or we just stumble upon greatness. One of my favorite shows we have ever brought to Revolutions, we noticed in the Czech weekly paper. We couldn’t read the words that accompanied the amazing photo, but we were able to figure out the time and venue. Magic.

We do get quite a few applications from companies and artists all around the world. Some are friends of friends. Some have been recommended. Some of them have simply heard about the festival and are a perfect fit. I spend a lot of time reading applications and watching DVDs of shows. We have a lot of specifics for what will work for the festival. It is a curated festival. It is not pay-to-play.

It does always surprise me when someone sends me an email a month before the festival asking if we still need shows. Hmmmm…I would be really stressed out if we were adding shows in December. 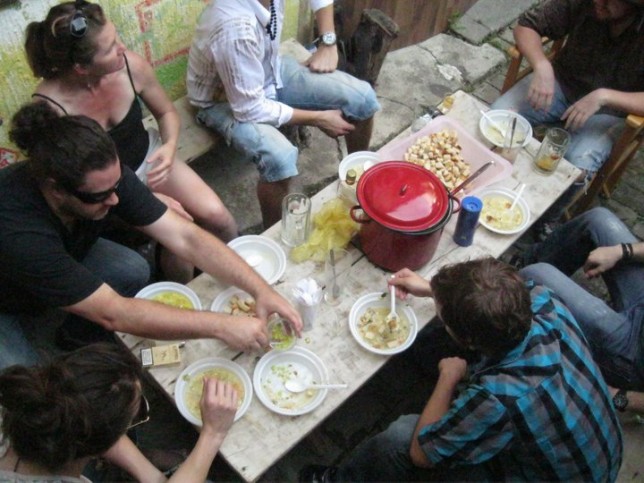 Sometimes, we are performing in or invited to a theater festival in another country and are able to see a lot of shows in one fell swoop. For a theater nerd like me, this is the Holy Grail. Show after show after show. In 2012, we performed at the Passing the Flame Festival in Belgrade, Serbia which was produced by Dah Teatar. It is at this festival that we saw Teatret OM’s ’79 Fjord. An amazing company from Denmark, the entire show took place inside of an igloo. Shadow puppets, mask, song—all inside an igloo! Magic. 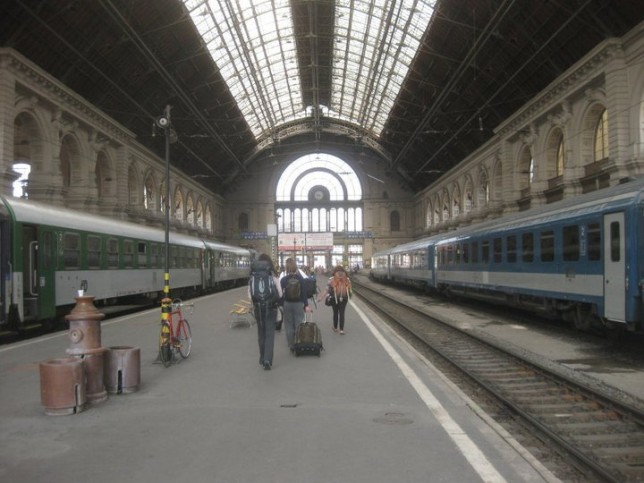 On tour in Budapest.

We have some luck on our side. International artists want to come. Revolutions’ reputation around the world is fantastic. The festival itself is amazing and the people of Albuquerque make a real impact on it. Every year, connections are made and most of them last a lifetime. Artists will often go way down in their normal company fee so that they can come to the festival.

Tricklock artists work their butts off for very little to make the festival happen. We have an extraordinary team of volunteers. It all comes together somehow. My friend Neal (who runs the equally awesome festival Globalquerque) recently described Revolutions as a series of narrowly averted disasters that result in something remarkable. Yep.

This year is no different. We have had visa issues, money woes, computer problems, etc. On the flip side, we have artists from Mexico, Iran, Israel, Armenia, the UK, Ukraine, Austria and the US all arriving any minute. We have also added a new component to the festival: the Theatre Without Borders/Revolutions Symposium. This two-day symposium is happening the last weekend of the festival. It will feature artists from around the world in a series of open discussions about theater and the world. This is a free event and open to the public. 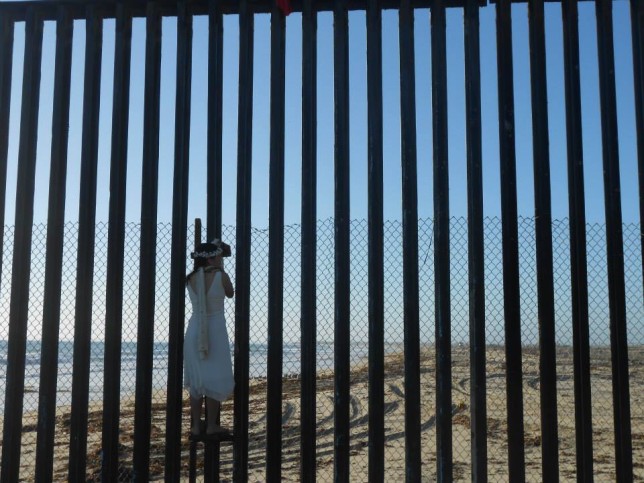 Seeing Antigona en la Frontera on the beach in Tijuana.

Revolutions runs from January 13 until February 1, 2015, with shows taking place all over Albuquerque. Check out the full calendar, and go buy your passports!