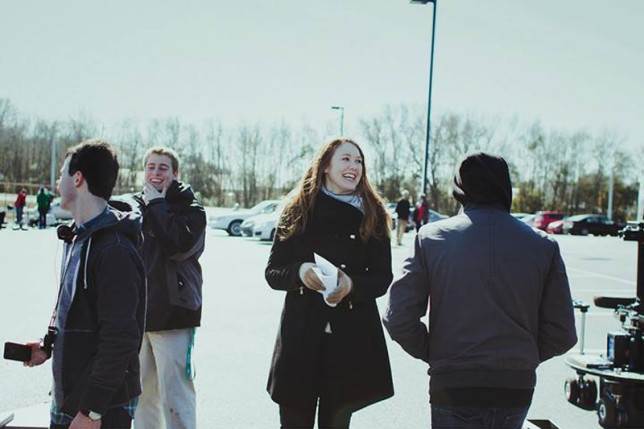 Lauren Skillen, a filmmaker and fine artist, is the writer and director of To Mike, a short film that is currently being crowdfunded on Seed&Spark.

The year was 2011. Kim Kardashian married Kris Humphries, Selena Gomez and Justin Bieber were the “it” couple, and I was a bright-eyed, bushy-tailed freshman in the film department at the Savannah College of Art and Design (SCAD). It was a big year.

Fast forward 3.5 years and a lot has changed: Kim K is now “Kimye,” Selena and Justin are tragically over, and I am about to graduate with a BFA in Film and Television. There are many things one learns in college: how to justify being late to class, how to nurse a hangover, how to pull three all-nighters in a row. But at SCAD, I learned none of these things. Not because there was a deficiency in this kind of education (don’t get me wrong, it’s still college), but because I was learning many other useful things, though they might not be specifically termed “college-related.” Actually, the most cherished things I learned aren’t really about school or film at all.

Be a well-rounded person.

I was sitting at a panel at the 2012 Savannah Film Festival when actor Jesse Johnson gave this advice. It was a bit of a broad statement and I wasn’t exactly sure what he meant, but somehow I knew he was right. I used to believe that in order for me to be the best filmmaker I can be I needed to eat, sleep, and breathe film. I pursued this mentality for about two years before I realized I was not happy. Then I remembered what Jesse had said.

I came in to SCAD as a fine artist, so I decided to revisit that part of myself by taking a printmaking course. I loved it. And I was good at it, so I continued with it. Then I began taking acting classes and fell in love with that too. To be honest, I don’t know if I can say I’ve fully enjoyed a film course as much as I have an extracurricular course. Even so, I have no doubt in my mind that film is what I want to do with the rest of my life; it’s just not the only thing I want do. I am a better person and a better filmmaker because of my pursuits in other interests. If anything, they fuel my passion for film by broadening my perspective and making me a more balanced person. Pursue other interests, even things that are completely unrelated to your field. 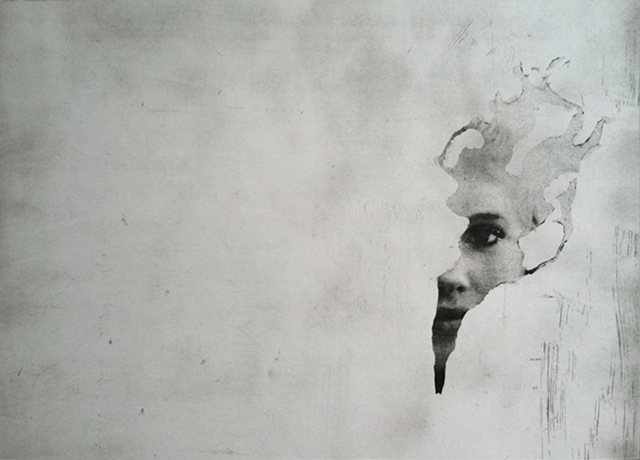 My first etching on exhibition in Cairo, Egypt.

I understand failure is a relative term, but I’m talking about failure as in, “Holy crap, I just bombed and there is no redemption.” It’s taken me a long time to realize (let’s be real, I’m still working on it) that we should embrace our failures. Without them we would never progress. It takes countless bad ideas and mistakes to generate the good stuff, and the sooner we get past our poor attempts, the closer we get to reaching our creative potential.

Realize your self worth, find your voice, and speak up.

Two years ago, I directed a short bumper that I submitted to a contest held by the Savannah Film Festival. The bumper was a disaster and I knew it. I was so ashamed that I cried over it for a week. And from that point on, I never allowed myself to direct anything of my own because I believed I wasn’t talented enough. I was too afraid of failing again—I became a producer. Don’t get me wrong, I make a great producer, but I let one failed project scare me away from pursuing what I really wanted. So, this year I decided to get out of my own way and face my fear—I am directing my own short film.

Through the planning and funding processes, I have realized my fears are gone (well, mostly). I understand I have so much to learn, but I’m excited. Failure doesn’t scare me anymore because I know it makes me a better person and a better artist. Embrace your mistakes.

Sexism sucks—there’s no way around it. As a female in the film industry, I am severely outnumbered, but I’m never bothered by it. That is, until I’m reminded that I’m the minority. A year ago I was working as a producer on a short film shooting in Georgia. We were collaborating with a visual effects company in Atlanta and decided to shoot one of our scenes in their studio. I was the first car to arrive and I had with me a few male crew members. One of the men that worked at the studio came to greet us and show us the space. Taking my hand he asked, “So who’s the man in charge?” He turned his attention toward the guy standing next to me. My friend smiled, took a step back, and gestured toward me saying, “Actually, she’s a woman.”

I was so thrown by his comment—no one had stood up for me before. The fact is, the film industry is heavily male dominated, and with that comes a small percentage of men who feel entitled. As a woman emerging into the film industry, I have been subjected to sexist behavior, and I’m sure it will continue for the rest of my career. But I will be damned if I let it get to me. Don’t let the ignorance of other people affect the way you view yourself. Realize your self worth, find your voice, and speak up. 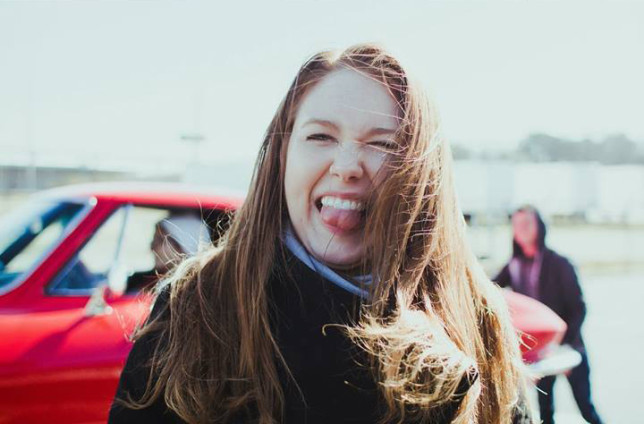