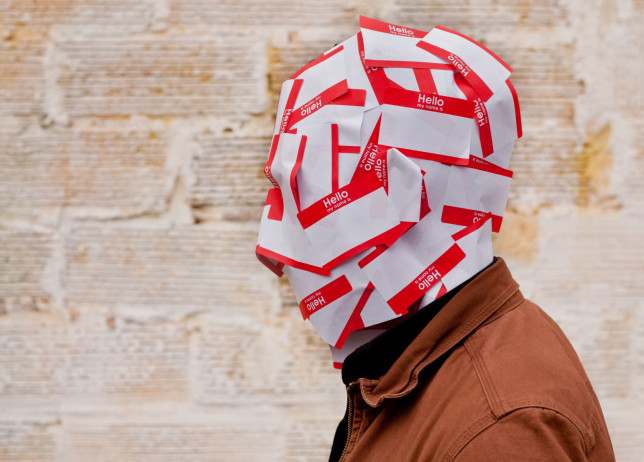 My name is Alexander VanHeisch. Well, now it is. I changed my name a little over a month ago, and it’s still something I’m fitting into. I have to catch myself every time I say my name to a new acquaintance, and admittedly sometimes I forget the change entirely and revert unconsciously back to my old moniker. Changing one’s name is a weird thing, made no less weird by the significant weight of one’s identity residing on social media. When I first started thinking about the change, one of the primary concerns was, “How am I going to tell people on Facebook?” Consequently, I mark the day my name officially changed as the day I edited it on my Facebook profile. It’s a strange world we live in, truly.

There are myriad reasons for one to change their name, but for me, the choice was made really easy by someone else. I am an aspiring filmmaker who just moved to the lovely land of Los Angeles, and so naturally, I am surrounded by a rich and saturated film culture. I have been in semblances of this culture in school in San Francisco and in New Mexico, both places where I studied the art and craft of film. However, LA is a town that exists for the industry of film, so people can’t help but know a lot about it, even if it’s not their desired outcome.

I once had an actor from LA mistake me for the Alexander Payne as I was shooting my thesis film.

My previous name was Alexander Payne, a name that some might recognize as belonging to the two-time Oscar-winning writer/director. He’s been responsible for such films as The Descendants and Sideways, as well as for being an all-around cool guy. Throughout film school, my professors calling roll would always look at me sideways (that’s right, I went there) while calling my name for the first time, which was always closely followed by an explanation that no, I am not that Alexander Payne, though yes, I do like his movies, and no, I don’t want to make the next Election.

Invariably, anyone familiar with the other Alexander Payne’s work would then compare mine to it, in a harmless yet recurrent way. I myself tend to be more interested in pursuing films in the thriller genre than pure drama/comedy, so just the association alone was kind of strange. Plus, his real name is Constantine Alexander Payne, so I can’t help but feel I should have some pretense of priority on the name. (The previous sentence marks the end of the river-crying session.)

Academy Award-winning Alexander Payne aside, there was another valid reason behind the name jump: Alexander Payne is a super common name. A Facebook search for “Alexander Payne” returns results of APs from every corner of the world. After a bit of harmless (yet still creepy) Facebook name-stalking, I found that this includes residents of Canada, Australia, and India, a boy (?) who pretends to be various members of One Direction, and presumably the Alexander Payne, with a profile picture of him peeking over a bush. I say presumably because I once had an actor from LA mistake me for the Alexander Payne as I was shooting my thesis film, and could barely believe it when he offered to pay his own way to come to New Mexico to act in my movie.

When I informed him this was to be for my student thesis film, he, uh, neglected to respond back. When a person (especially one who wants to be found) can be only a Google search away, it’s worth considering every piece of what can set you apart from everyone else. There is a plethora of Alexander Paynes running around. To my knowledge, there is only one Alexander VanHeisch.

In her fantastic book The Creative Habit, revered dance choreographer Twyla Tharp stresses the importance of one’s name and its ability to serve as a powerful motivator. “It makes me strive for originality—if only to live up to the name.” With the VanHeisch name, I feel a similar force moving me forward, not only for the name itself, but also to do justice to the person I share it with: my sister, who is one of my great heroes. I say this not to be overly sentimental, but rather to illustrate that as a result of sharing this name, I feel like I am part of something bigger and have something to prove, not only to myself, but also to her. This is what I use to fuel the fire when I am down in the depths. Tharp also notes that “Done wisely and done well, a change of name can be a self-fulfilling prophecy.” Though I am only in the very beginning stages of this, I at least feel confident in the groundwork that has been set.

Alexander VanHeisch is an independent filmmaker and recent transplant to the merry land of Los Angeles from San Francisco. He was born and raised in New Mexico, and thus deeply longs for some authentic green chile out west. You can check out some of his films here.

View all posts by Alexander VanHeisch →