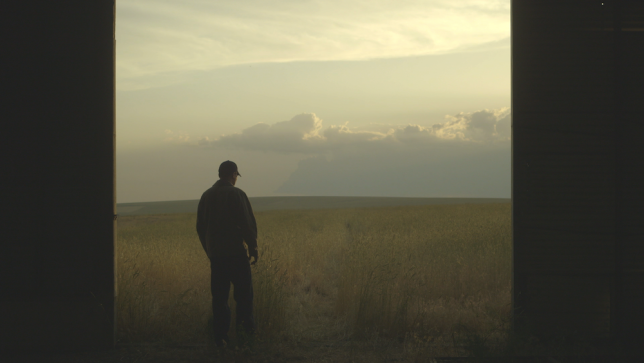 Guest Blogger Nathan Williams is a Pacific Northwest filmmaker. His latest film, If There’s A Hell Below, was successfully crowdfunded on Seed&Spark and is now in production. Originally published at seedandspark.com.

If you have any of these, congrats! Now save yourself the time and stop reading.

This is addressed not to the filmmaker who is primed for crowdfunding success and just needs to fine-tune their campaign but, rather, the talented, passionate filmmaker for whom none of this stuff comes naturally. Because I know exactly how you feel.

I’m a private person (I avoided Facebook until 2013). My films have had touching responses from their relatively small audiences but have nothing resembling an established fan base. My close collaborators are stellar film artists but are neither fundraisers nor social media pioneers. I feel queasy asking people for favors and worse asking for money.

But we’re kidding ourselves if we let any of that serve as an excuse. If you can make a film, you can crowdfund a film. It may run against the grain of your personality, it may be more work than you want it to be, it may involve countless small disappointments, but if you are smart about constructing your campaign and truly determined to make it a reality, you will succeed. Here’s how:

You’ve watched thousands of films as you’ve developed your filmmaking taste, skills and style. So do your crowdfunding homework for a few nights. We didn’t find any individual project that was a perfect model for us, but seeing great ideas and bad ones (and ideas that looked like great ones but failed for some reason) were critical in informing our own strategies. Films have been crowdfunding for half a decade, and they’re all still out there to learn from—don’t ignore this valuable resource.

Be as clear-eyed as possible about the strengths and weaknesses of your project. If necessary, ask a brutally honest friend to do this. Not every element of your dream project is going to resonate—find what about yours will motivate people to action.

We identified two key strengths for If There’s a Hell Below. The first was our actors. Now, our lead actors aren’t household names (yet). But we discovered that two of our leads had key roles in a popular series about role-playing games. Our film has almost nothing in common with this series, but a key goal of our project became tapping into its many passionate fans and convincing them it would be cool to see these actors they love in a very different context. And, more broadly, the appeal of the film itself rides on these actors, so putting them front and center in the campaign felt right.

Our second identified strength was our narrative hook. We’ve got a killer story, but it’s dense and character-based and far too much to convey in a sound bite. The hook, however, which involved relinquishing something of a spoiler, was, “A journalist meets a government whistleblower in the middle of nowhere, and an hour later one of them is dead.” This emphasized a mystery and also tied into our actors (here are our charming actors—one of them will not survive). Are there better hooks out there? Most certainly. But I bet part of you is already a little curious about what happens.

You have no excuse to make a boring video. This is the one thing you’re best at. If you can’t grab my attention in a 90-second video I certainly don’t want to watch your 90-minute film. So don’t treat the video like a grant application letter. Use the skills that make you an exciting filmmaker to make an engaging, aesthetically compelling, sharply edited video.

Even with minimal resources you can demonstrate your ability to tell a story and create a mood. And more important than polish is that it has your voice—show us the style of your film. Our video quickly introduced our characters, our mystery, and used narration, music and editing to give just a taste of the rest. To be honest, it’s a clunky little thing and will pale next to the finished film, but it was the single most important part of our campaign’s success.

4. Ask for More Than Money

Asking for money is hard, but it’s only the beginning. You have to ask people to not just back you but to become your emissaries. It’s awesome give $50 to a project but it feels even better to spread the word and help raise $500. Empower everyone who supports you and give them the material, tools and guidance to become an advocate for your project.

In every “thank you” email, we challenged each new contributor to find at least one more backer for us. We designed a goofy contest (The Funder Games) to turn a few super-supporters into leaders. If you can find even a handful of true believers they will massively amplify all your efforts.

Even the best designed campaign in the world doesn’t run on auto-pilot. Treat every day like your launch day. Evaluate what has worked, what hasn’t, and continue to innovate. Seed&Spark’s Emily Best says, “Don’t stick to a failing plan.” Our own motto was “Try something new every day.” And guess what? Most of them failed! For every Funder Games, which was a stunning success (and devised after our campaign had launched), we had a lame “Challenge the director to shave his head” gimmick which fizzled. We had a series of videos which never came close to going viral, but a few larger contributors cited them specifically as their reasons for supporting us. Continue to innovate, abandon dead ends, and reinforce successful avenues.

The world can be a small place—if you’re generous with your time, advice and resources, you’ll be amply rewarded.

Near the end of our campaign, I felt we needed a stretch goal that did more than just pad our film’s budget. It was with great satisfaction we were able to connect with ReelGrrls to turn our final goal into a “Double Impact” contribution. The set of hard drives we’d buy with those dollars would be donated to their nonprofit after our film is completed. Did this fuel more contributions in our last days? I can’t be sure. But I know it inspired our cast and crew and led to a lot of wonderful non-material support from the Northwest film community. (And maybe helps the next Claire Denis).

So back other projects, offer your skills to those in need, and try to position your project to advance not merely your own career but the kind of filmmaking you care about. I think you’ll find yourself with more allies than you expect.

Image taken from If There’s a Hell Below Us.