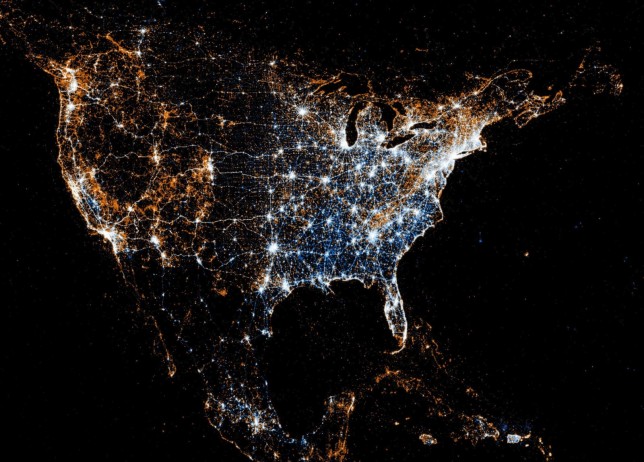 We all eventually fall into the same ideas. No matter how singular we may imagine they are, these individualized notions are a result of our environment, and as biological beings we sap data and order out of our habitat. Creative emergence is that moment you realize the new George Clooney and Sandra Bullock film was in fact a short script you had intended to expand on, but left sitting in the rank and file of your “unfinished shit” folder. Squinting, screaming, flailing, rewinding, you yell: “I had that idea two years ago!”

As a writer, I find I run into this more often than I want to. It sinks deep into my gut with hints of awe. But when I stumbled upon Gabrielle Zevin’s new novel The Storied Life of A. J. Fikry, it wasn’t a sinking feeling. It was more of a feeling of awe with an aftertaste of aww. You see, my friend and creative partner Josh Stuyvesant has been working on a script titled Love Like Vultures, in which his main character Ralph Lezen is the crotchety owner of a failing bookstore whose wife has left him; much like A. J. Fikry who is also the crotchety owner of a failing bookstore, except in the wake of his wife’s death. I showed Josh this and saw that same feeling drape over him, though Josh actually finished his script so I imagine it was a bit worse.

Mind you this is a rudimentary comparison of two characters that exist in a similar premise that I initially saw as singular, only because I read Josh’s full script over a year ago. They are actually quite different; each retaining the individuality that makes both of these writers unique. But this better enabled me to ponder, what is Gabrielle Zevin tapping into with A. J. Fikry? And Josh Stuyvesant with Ralph? I hypothesize that as writers and readers alike, we are witness to the usurpation of print. A sort of movement between mediums where incest is sometimes necessary to make us comfortable, and in turn makes people like Josh, Gabrielle, and I somewhat uncomfortable. We are not alone.

So when looking at these ideas it’s not so much of a surprise. There is a connection to the printed word that cannot be replaced. Thus A. J. and Ralph are a notion that is conveyed, in similar fashion but in separate forms, miles away from one another; a sort of emergence. A symphony of stones.

In order to get a better grasp on these concepts and her new book, esteemed writer Gabrielle Zevin was kind enough to answer some questions for me. 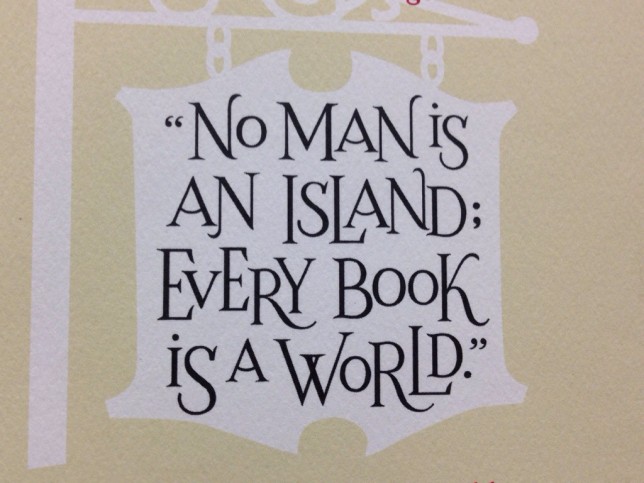 From The Storied Life of A. J. Fikry.

Jeremy Kinter: In The Storied Life of A. J. Fikry there is a sign hanging over his cottage which reads: “No Man Is an Island; Every Book Is a World.” How does this philosophy apply to A. J. Fikry and what was your source (real or fictional) of inspiration for such a character?

Gabrielle Zevin: Fikry is an intellectual, and at the beginning of the book at least, he uses his intellect to isolate himself from other people. He lives on an island, but metaphorically, he is also an island. The book, on some level, is about him learning to connect to other people. As for my inspiration? He’s a combination of many book and publishing people I’ve met over the years. They are an opinionated lot!

As one who exists as a reader, do you think this is the age of information quantitatively versus qualitatively, and that’s why books hold a certain nostalgic esteem?

I think it’s more than nostalgia. Print has a very useful function, which is that it provides a record that something was said by someone on a particular date in time. We call this “fixity” and it’s a concept that is important in terms of scholarship. Fixity is not impossible in an electronic universe, but it is more difficult. We can revise a book and a device will update the contents without us knowing—perhaps it’s in the metadata somewhere? Additionally, we don’t own books we purchase in e [electronic format]. We buy a license to read the book on a particular device. And what happens when certain devices become outmoded? Studies also show that people forget more easily what they read in e-format. Something about the tactile act of turning pages tends to drill information into people’s heads more efficiently. My point is, there are many reasons to be in favor of print, beyond the fact that books look pretty on a shelf.

What are some of your favorite reads?

Bonfire of the Vanities by Tom Wolfe, Charlotte’s Web by E.B. White, An Equal Music by Vikram Seth, A Little Princess by Frances Hodgson Burnett, Anne of Green Gables by L.M. Montgomery, Song of Solomon by Toni Morrison, The House of Mirth by Edith Wharton, A Widow for One Year by John Irving. For books I’ve read recently, my four favorites from last year are probably: Department of Speculation by Jenny Offill, The Interestings by Meg Wolitzer, Stoner by John Williams, and Flora and Ulysses by Kate DiCamillo.

I think there is a certain sentiment amongst writers and readers alike that you’re tapping into with A. J. Fikry. That emotional connection one shares with books. A certain ritual we feel is being lost with advent of other media such as the internet and television. Do you think that relationship has changed, generally speaking, just in the time you’ve been published? Where do you think it will go in terms of publication, literary trends, and technology?

We will always have stories, though the medium may change. We will always need spaces like bookstores and theaters where we can gather, though these spaces may evolve. I do think the relationship between readers and books is also evolving. I know people who love to read in e, but when they truly adore a book, they also want to purchase it on paper. Our shelves are becoming more curated. Children and young adults (or the people who purchase for them) still buy paper in large numbers. I think, this is partly because a book has no distractions—a paper book doesn’t interrupt you with a text message! A paper book makes no demands on your time other than that you read it, and it is still pretty cost effective when one compares it with the price of replacing an e-reading device.

I can’t predict the future, and the merits of e-reading certainly cannot be denied—the ability for older people to make text any size they want or the space efficiency of e readers for travelers. But to return to your question, when we read the same book, we are connected by this fact even if we are connected in no other ways. Stories connect us. And I don’t think this connection is something that people will readily part with.

Do you believe as a writer that you retain a certain responsibility to your audience in conveying messages that need to be delivered? Or do you write what you feel inspired by?

Oh, we are always so suspicious of writers who speak of messages, who speak too much of audience! We prefer answers like, the characters speak to me! Or, I only write for myself! And yet…. This is my eighth novel. Since my first one was published, I was aware that there was an audience. It would be an act of delusion on my part to deny that readers are there. And so, I can say that at this point in my career, I don’t write any book unless I have something I want to tell myself or readers. Over 150,000 books are published every year; to enter into such a large pool, a writer must have the conviction that the book needs to be in the world. So, to answer your question, I think about messages AND I only write what inspires me.

I know you must get this question a lot but what unique advice do you have for aspiring writers?

When someone wants to tell you their story, listen.

Gabrielle Zevin will be reading at Bookworks Albuquerque on Thursday, February 25 at 7pm. She is also the author of Elsewhere, Memoirs of a Teenage Amnesiac and Margarettown.