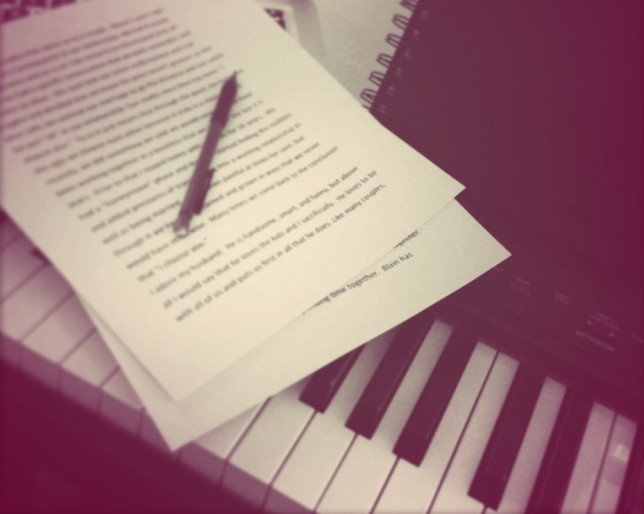 File this under “yet another path I never thought my career in music would follow.”

I’ll explain, but first, may I make an admission? I have never felt like the cool kid. Not when I was in high school, not when I was in college, not when I was in my first band, not when I started performing as a solo artist. I’ve never felt a desperate need to fit in; but in just about every life situation I’ve been in, from elementary school to adulthood, I’ve looked at the people around me and thought, “Man, they are a whole lot cooler than I am.”

How amazing is it that I got to write a song for two people that was used as a centerpiece of one of their most cherished lifetime events?

So when I had the idea a few years ago that perhaps I could add to the multitude of tiny ways I earn money as an independent artist by writing songs for people to give as gifts to their loved ones, I had a sneaking suspicion that this was not a cool idea. But, the extra money would help us get through a lean winter month. And, Valentine’s Day was approaching. And I thought, well, what the heck, I’ll put it out there and see if anyone bites.

“Oh boy, that was a terrible idea, Shannon. Real artists don’t write songs for their fans. What were you thinking? Definitely NOT COOL,” said my evil inner voice of self-criticism.

And then winter turned into spring, and spring turned into summer, and I popped open my email one afternoon and read a message that went something like, “I remember reading in your newsletter several months ago that you were offering to write songs for people to give as gifts to loved ones. I’m wondering if you would still consider doing a song for me. I’m planning to propose to my girlfriend this fall, and since we both love your music so much, I think this would be a great way to pop the question.”

I mean, how amazing is it that I got to write a song for two people that was used as a centerpiece of one of their most cherished lifetime events? Also, what an honor is it that Jess trusted me with her most intimate feelings and memories, so that I could write a song that was genuinely personal to her and her girlfriend? 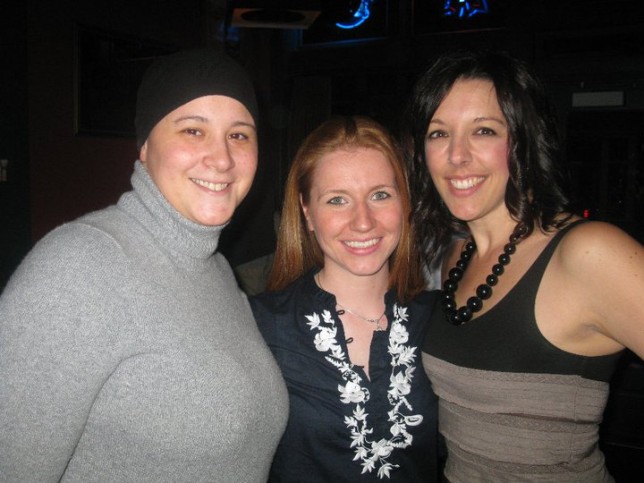 Jess and Terra and me. Photo courtesy of Shannon Curtis.

I decided right then that it didn’t matter if other people—“real” artists, “industry pros,” whoever—didn’t think that it was cool for me to do this. I knew that this had been an awesome experience.

That first personal song I wrote was a song called “Brightest Light In The Room”, and I ended up falling in love with it so much that it became the first single from my debut full-length album Cinemascope. And when I started playing that song and telling its story for other people who support my music, I started getting a lot more requests for personal songs.

In the last few years, I’ve written personal songs for birthdays, anniversaries, Christmases, Valentine’s Days, graduations, marriage proposals, and as “just becauses”—for girlfriends, boyfriends, husbands, wives, moms, dads, grandparents, children, and best friends. Every person has their own unique story to tell, and each song becomes a one-of-a-kind window into the lives of the people who’ve entrusted me to tell them. We even collected 10 of our favorites from 2013-2014 and put them on an acoustic album, Personal Songs, Volume 1, which we released worldwide last fall.

The process of writing personal songs has challenged me to grow as a songwriter by inhabiting someone else’s story and writing from their point of view. The work has become a vital part of my income as a career artist. And, best of all, writing personal songs has given me yet another way to engage in an intimate and meaningful way with the people who support what I do. That’s a win/win/win. And that’s pretty cool.

Shameless plug: I’ve already put the word out for Valentine’s Day this year, and will be taking orders for the best V-Day gift of all time until Friday, February 6. (That’s this Friday!) Email me!