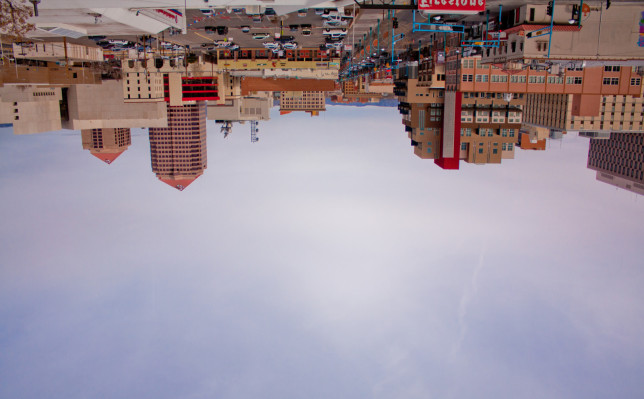 About two years ago, my brother was shot to death in his home in Albuquerque. He had been in and out of jail his whole life for drug-related crimes. I met my brother only twice: once when I was a child, and a second time when I was 23. I was visiting Albuquerque and he asked me for change outside Mannies, a local diner. It wasn’t how he died, the uncertain circumstances, the unmarked police car parked outside of my house for three days, or the utter lack of information provided by APD that got under my skin; it was the effect it had on my family, on my father. The reality of my brother’s violent death surprised me, despite our estrangement.

To be directly affected by the violence being generalized in the media and on networking platforms is surreal to say the least. The experience of my brother’s death is a fitting paradigm to Albuquerque’s relationship with violence; it’s as dissociated as it is personal. I don’t blame the city, blame the people, blame the police, or blame the drugs. The Albuquerque I know isn’t characterized by violence, but is a crossroads of endless cultural and social complexity that has forged a community less segregated and more integrated.

As a writer currently living here and as someone directly involved in the creative scene, I am constantly astounded by the diversity of talent that exists in Albuquerque. Our creative community is teeming with inspiration and support of artists willing to lend a hand to their fellow struggling creators in an attempt to put Albuquerque on the map. A convergence of artists with a chip on their shoulders, creating something magnificent in the wake of a constant struggle to get a little bit of positive recognition.

I sometimes kid around when I encounter people visiting Albuquerque for the first time. I say, “Welcome to the badlands.” The irony snidely rolls off my tongue in an attempt to feed the myth that exists in their minds, because I know it’s there, embedded first by Louis L’Amour’s dime novels, then John Ford’s John Wayne, and most recently Vince Gilligan’s “Breaking Bad.” The hyperbolic myth of the West and frontier violence figures prominently in visitors’ minds and imaginations. And who can blame them? We have been popularly depicted as such, and even pander to that myth in order to drive tourism.

I concur, to an extent, with the views expressed in articles like Justin St. Germain’s op-ed in The New York Times bemoaning the violence that sometimes feels innate to this state. Since the fatal shooting of an unarmed homeless man by Albuquerque’s police, our city is under even more scrutiny, with federal investigations and a seemingly endless stream of news reports calling out the dire inadequacy of our law enforcement. But as events in Ferguson, New York and elsewhere show, police brutality is not a problem confined to “the land of violence.” It is an issue prevalent across all cities, minorities, socio-economic classes and citizens of the US—some more so than others, but mostly in states lacking money to put into social programs.

In minority-majority cities, like Albuquerque and Ferguson, reported violent crime is going to be higher, because these populations react more dramatically to social control. More patrol cars and officers looking to fulfill their daily quota are naturally going to increase the crime rate, a statistic purely reliant on arrests, and create dissension between these populations and law enforcement. There is a problem here that is endemic to the systems put forth to enforce law in the US.

There is a blood-red neon sign pointed at Albuquerque itself, as if this place is bred in brutality, its inhabitants a product of disorder. If there were a nationwide word-association game being played, our city would be labeled with “violence” first, “homelessness” second. Although recently published articles by The New Yorker and Rolling Stone make some compelling points, both of these journalists have their noses pressed against the window looking in from the outside.

I am attempting to articulate what drives the negative savage portrayal of our fair city in the national eye in instances such as this. This is a good example of when the lines are blurred between fiction and reality. Police brutality is a reality; our crime rate being almost double the national average is reality—a reality greyed by the lack of understanding of the interaction between social control, structure, disadvantage and actual crime. The more resources a state has to allocate towards social programs, the lower violent crime rates will be. The fact that a state with half our population and fewer resources for social programs, Alaska, ranks higher in crime, speaks to this.

Perpetuation in order to gain attention is not the answer, nor is ignorance, nor is pointing fingers. We move past this by working for our community at the most basic level, individually making our surroundings much more habitable for the whole. 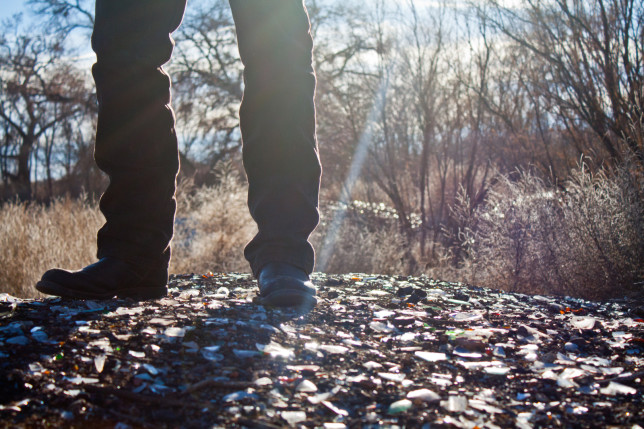 I prefer V.B. Price’s definition of Albuquerque in A City at the End of the World. Price’s description of our developmental intricacies and national identity reads true and authentic to me:

Instead of actualizing its individuality, and making the most of its cultural complexity, arid limitation, and vast natural beauty, Albuquerque’s built environment has slipped ever more closely into becoming indistinguishable from the anonymous edges of any one of a hundred other western American car towns. But I have to say, too, I don’t think that was the city’s deep intent. Albuquerque’s urban landscape has not only languished in a mire of unfulfilled promise, but that unsettling disappointment has also been punctuated by rare, but heartening, surprises.

When friends move to other cities, or when I visit a place like Seattle and see the economy, beauty and life spilling out onto the streets, I get a bit jealous. They’re there. We’re struggling to find an identity and still suffering from growing pains. I wish the amazing qualities of this lonely, immature city of the Southwest were more apparent and celebrated. At least New Orleans has jazz and the French quarter to veil its extremely high crime rate and repeated bouts with police brutality. The exposed nature of Albuquerque makes people uncomfortable and makes it easier to poke with a stick.

What we do have is an amorphous yet undeniable magnetism bringing creatives here to this last parcel of a sort of frontier. We have a deep well of artists. A collection of truly talented individuals that I have looked elsewhere to find, but can’t. Artists with grit and fight, working in every aspect of their craft. An uncanny enchantment thick with originality as it often is with dust.

Yet, regional myths remain: Prague has romance, Albuquerque has violence, though it is more strongly perpetuated in our case. Because in the end, our ears tilt open toward violence, and why not from a place whose identity is entrenched in it? What I see is a city cast off to the side, perennially negatively represented—yet our inhabitants rise above the identity outlined to them, creating their own image in an Albuquerque they know can be.

I have actually existed in the real violence of this city and seen its repercussions, yet I make the conscious decision to live here because she is astounding; glorious in her rot and grace.