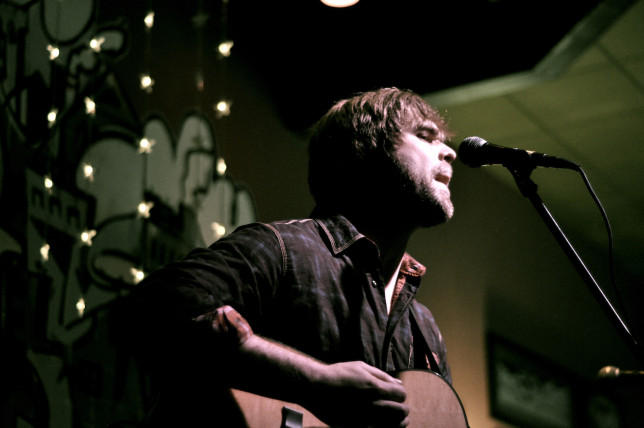 Written by Ryan Tennis (find him on Twitter @rytennis) and originally published on Grassrootsy.

I recently read the following gem from Ira Glass—host of NPR’s “This American Life” and one of my personal heroes—and it sparked some thoughts (below).

Nobody tells this to people who are beginners, I wish someone told me. All of us who do creative work, we get into it because we have good taste. But there is this gap. For the first couple years you make stuff, it’s just not that good. It’s trying to be good, it has potential, but it’s not. But your taste, the thing that got you into the game, is still killer. And your taste is why your work disappoints you. A lot of people never get past this phase, they quit. Most people I know who do interesting, creative work went through years of this. We know our work doesn’t have this special thing that we want it to have. We all go through this. And if you are just starting out or you are still in this phase, you gotta know its normal and the most important thing you can do is do a lot of work. Put yourself on a deadline so that every week you will finish one story. It is only by going through a volume of work that you will close that gap, and your work will be as good as your ambitions. And I took longer to figure out how to do this than anyone I’ve ever met. It’s gonna take awhile. It’s normal to take awhile. You’ve just gotta fight your way through.

The other day I was talking to a friend of mine who’s an accomplished, passionate, in-demand musician, and he was wondering why it is that the sub-par players are always the ones crassly forcing their music on people and missing clear social cues during jam sessions? I knew just what he was talking about, not only cause I’ve seen it in all its raw awkwardness, but because I’ve been that person in my adult life.

I went on to tell him some about my early development as a musician. I told him that, while I had a background of singing in school and could play a little guitar, I didn’t really discover my passion for music until after college (and football). I had almost never hung around musicians or artists, and that whole way of being was foreign to me, but so appealing and exciting at the same time. I started learning some of my favorite songs (a lot of Beatles, Simon & Garfunkel, Guster, and Dave Matthews), and I was so unbelievably excited and pleased with myself for doing it. Next I started writing songs, and I could feel the music so deeply that I was certain that something cosmically special was happening. 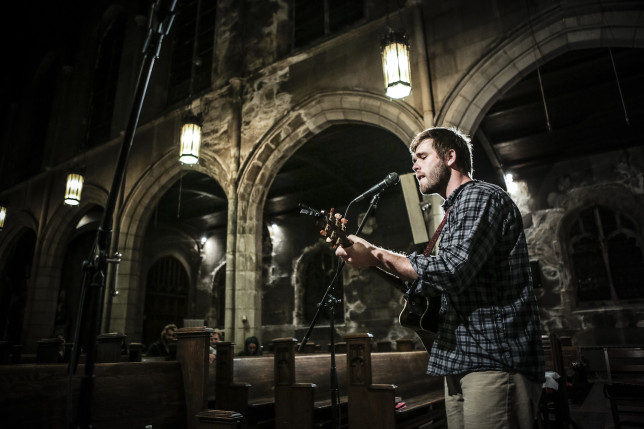 While 23-year-old Ryan was a relatively capable adult with at least the basic college-level social skills, artist Ryan was only a couple years old—and he acted like it (somehow it’s not so cute when you don’t look like a toddler)! I had discovered this new passion that was burning so hotly, and I just had to share it. That desire was so strong that it blinded me to social cues I otherwise would have noticed. God, I’m cringing now as I remember breaking out the guitar at parties and having friends roll their eyes or people leave the room, or the time I played a new song when I was hanging out one-on-one with my friend who, in retrospect, was clearly uncomfortable. Oooh, or a little later when I made some rudimentary recordings and pushed them on anyone who would humor me (and plenty who wouldn’t). I don’t know how you write the sound for an embarrassed shudder, but that’s what I’m doing right now.

Like Ira said, the music just wasn’t that good. A few kind souls encouraged me, and after practicing and floundering and painfully, awkwardly blundering forward, I began to develop and become more palatable, good even. At the same time I started to be more comfortable and strategic about my desire to be heard, and I learned how to hold back sometimes. It was NOT easy.

I think that everyone who is passionate about music (or any kind of creation) has gone through this phase at some point, but lifelong musicians like my friend were lucky enough to go through it as kids when the other musicians around them were just starting out too (although as he told me, being an artsy creative middle-schooler had more than its share of challenges).

To some of you this tale might ring truer than others, but I suppose I write it in the hope that you are gentle on people who, like me, develop their artistic side a little late. The adult before you may be more childlike than they appear.