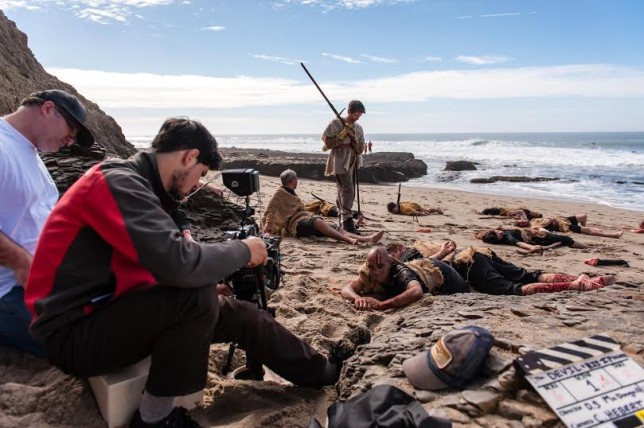 Set photo from The Devil and His #$%!ing iPhone. Credit: Thai Chu.

David Scott is a San Francisco-based filmmaker and the writer/director of Evergreen, a short film that is currently being crowdfunded on the Seed&Spark platform.

Is your relationship falling apart while you are trying to make your film? Did you lose your appetite? Do you wake up in cold sweats after dreaming that your precious reel of film is burning through the mag, but you can’t call “action” no matter how you try? These things have all happened to me. If you are a new filmmaker, you’ll have some form of production anxiety too, but there’s a better way to be a filmmaker and a way to make better films.

Walking onto set gets a lot easier when I remember that I’m not here to save the world.

On the morning of each second shoot day of my first two short films, I was dry heaving over a toilet bowl. Why the second shoot day? I suppose it’s because on the first day I couldn’t possibly know how stressful the production would be, and by the second day I knew exactly what I was in for—and I was afraid. I was producing, directing and financing my own films, and it was such an overwhelming experience. I remember at one point being so busy that when an Associate Producer asked for money, I simply gave her my credit card and said, “Do what you gotta do.” 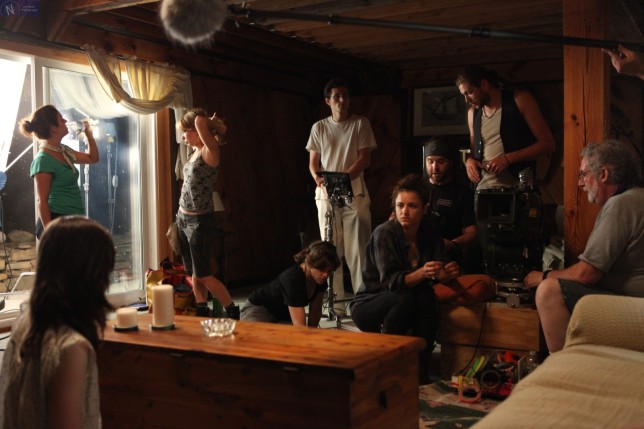 On the set of The Nightingales Sing. Credit: Jon Nash.

One of the main reasons I love being an indie filmmaker is that it takes everything you’ve got. You may rely on your ability to compose a shot, tell a story, or crack a joke, but you also have to develop your weak spots. You have to know technical stuff you never wanted to learn and develop soft skills you never knew you could have. Then when the shoot day comes, if you’re like me, you feel like you’re standing on roller coaster rails and your feet are zooming over the tracks. It’s a thrilling experience, but sometimes a film takes too much out of you. You push yourself too hard and too fast. You promise yourself that if you can just get off this damn ride you’ll never make another film again.

I simply try to do justice to the idea that first made the story work for me.

After too many painful set experiences, I made a commitment to find a way to enjoy the process of actually making the film. (That’s what brings us all here anyway right?) It meant spending more time in preproduction and the finding the right crew members to best support my efforts and vision for the film. It also meant gaining perspective on my filmmaking habit: In the end, I am only making a film. There are so many things in my life that are more important, like friends, relationships, health and all the things in life that are not yet digital. I’ve redefined my success as a filmmaker to include not just creating an end product, but having crew members that would love to work with me again, and enjoying the ride.

As I am about to go into production on my fifth narrative short, a mystery-suspense-thriller called Evergreen, I have an entirely different approach to making films than when I first started. First, I have spent over half a year in preproduction and will be working with crew members I’ve built relationships with over time—the types of folks I would love grabbing a drink with. Second, I plan on making the set lighthearted and fun. We’re holding crew mixers during preproduction so that crew members can get excited about the project and about working with each other. I am also trimming down the shot list to make our shooting days more than just “feasibly possible.” Third, I’ve stopped trying to create my magnum opus that will win an Academy Award. Now, I simply try to do justice to the idea that first made the story work for me.

There’s a Native American proverb that I love: “The Great Spirit gave each of us a song.” Walking onto set gets a lot easier when I remember that I’m not here to save the world, build a monument, or even to create something everyone will appreciate. I am here simply to sing my song, to help my crew sing theirs, and to find the harmony in so many unique voices. I don’t miss the stress that came from trying so hard to match a vision that was in my head, and have instead found a greater appreciation for seeing the film unfold right in front of me at the hands of all the artists involved. 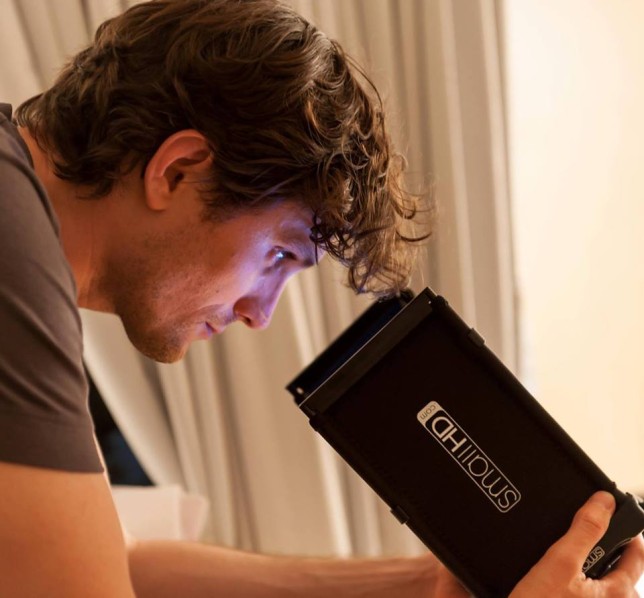