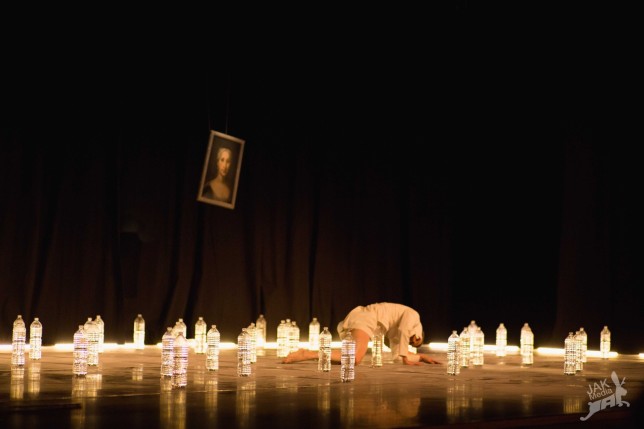 The Woman Who Didn’t Want to Come Down to Earth, starring Gabrielle Neuhaus.

My fascination with theater stems from two moments. The first is one that I’ve already written about. By the end of the stream of consciousness that is this article I’ll let you in on the second. Any recurring readers of Pyragraph by now will have read about Tricklock Company‘s Revolutions International Theater Festival in several instances. Pyragraph was brought on to the festival as the digital media partner. I was assigned to do the coverage from Pyragraph’s view.

38 shows is an unthinkable amount of theater to pack into three weeks. I, who would only see 11 of them, was intimidated and nervous. How much theater can one non-thespian take? The answer to that question has yet to be determined, because now, two days after Revolutions 2015’s culmination, I am pining for more. Call it a testament to this theater festival in particular; the talent of the performers was profound and diverse, and the stories told were rich with the idiosyncrasies of differing cultures and styles. 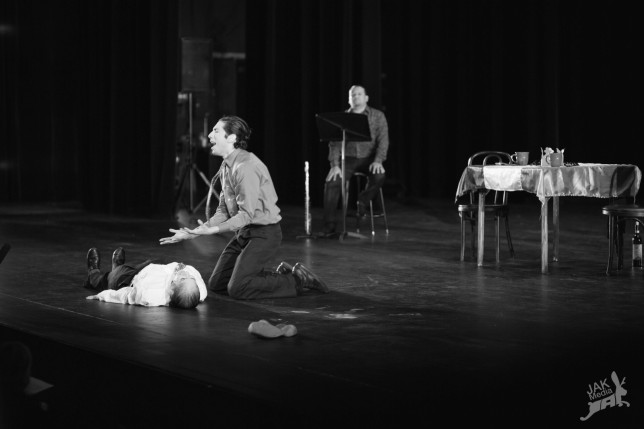 Unique to this year’s Revolutions was their fledgling partnership with Theatre Without Borders Symposium. Dozens of performers from around the world collapsed on Albuquerque, on top of the dozens of performers who were already here performing in the festival. The symposium addressed many topics, including new forms of storytelling, appropriation of story, and theater from countries in conflict. I’ve seen a lot of plays by myself over the years, including several by Tricklock Company, in which I’d leave wanting desperately to have a conversation about what I just saw. The symposium was the perfect way to start to ruffle through the thoughts and impressions I’d been collecting throughout the festival.

The place was packed to the nose; everyone joined in the cheesy, but appropriate song, and fell further in love.

“Whose story is it?” was the main question asked during one of the legs of the symposium. I’m no theater academic; I’m not well-versed in theater, showmanship or live storytelling. Certainly, the roundtable presenting their ideas on the matter should know better. Like Iman Aoun from Ashtar Theatre in Palestine shared the stories of youth in Gaza who suffered the traumatic effects of the conflict there. Or Julie Licthenberg of First Generation in Springfield who helps young adults tell their stories as they navigate being the first person in their families to go to college, graduate high school, speak english, etc. Or Carlos Contreras of JustWrite, who works with the incarcerated population in a mindful, poetic dialogue. I’ve no doubt that these people can understand more clearly the nuances of appropriation of both story and culture. 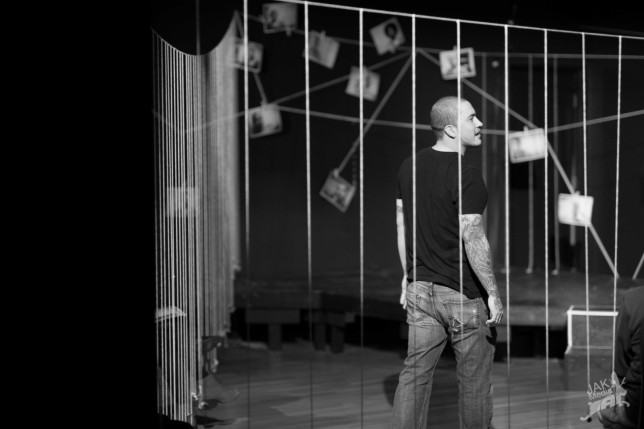 But here’s my understanding of it. As I watched shows from Iran and the UK and Armenia, etc., that used puppets and paint and television helmets, etc., and told their stories through dance and song and poetry and the unsung art of simply sitting there telling a story, etc., I slowly began to form the notion that it is our story.

I took two acting classes in college. I took them to be able to write the characters in my screenplays better, a task that was pressed upon me by my screenwriting professor. Those acting classes were irrefutably the most important part of my entire schooling, particularly because my acting professor told me the (highly) paraphrased following: 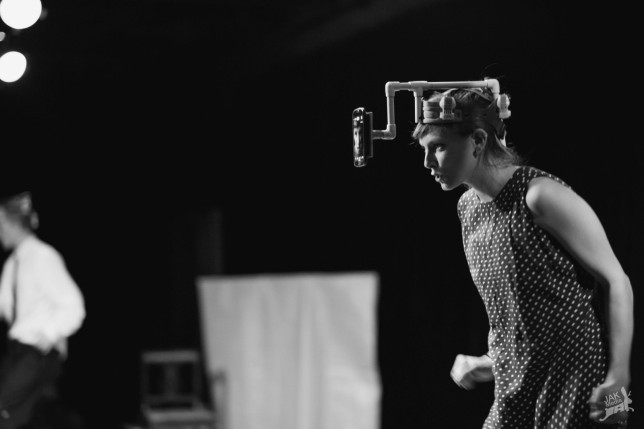 That’s what theater is. We share stories. If theater is connection, then Revolutions and Theatre Without Borders have effectively woven together an amazing network of artists who will go back to their part of the world a little bit better for having shared this experience. Meanwhile, they made us a little bit better.

My fascination with theater stems from two moments, the second of which happened at the end of the last Reptilian Lounge of the festival. The Reptilian Lounge is Tricklock Company’s Saturday night jive-session cabaret. For me it was a digestif to swim with the serious dose of theater I’d just consumed. What occurred in the last moments of the performances was among the most magnetic I’ve ever experienced. As that night’s lounge band, Red Light Cameras, played out the acts with a cover of “Stand By Me,” the energy swelled. The place was packed to the nose; everyone joined in the cheesy, but appropriate song, and fell further in love. That moment suddenly explained all that theater was in a way I simply can’t; it autographed for me my entire Revolutions experience. The best I can do is tell you jump in when it comes around next year.

Thanks for bringing me in, Tricklock. Sociable!