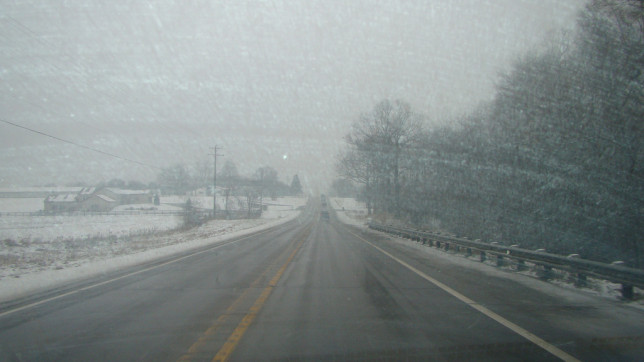 Originally published at NormandieWilson.com and reposted here with kind permission.

Another excerpt from my upcoming book! Don’t do this, kids!

My former booking agent became my booking agent by offering to do it for me for free. Naturally, as most time-starved musicians do, the instant anyone offered me help, I snatched it up like it was about to be taken away forever. (Don’t do this.) After a few rounds where he booked me several tours through the Midwest and nationally, for free, he began asking for a very modest fee. It was a rate that I could easily swing, and it felt appropriate. This tour was booked while he was being paid.

Do not ever underestimate the value of local support.

I agreed to fly to Nebraska and do a sort of one-way tour with a band from Lincoln where we’d go through some areas I’d never performed in before, places like Moscow, Idaho (a small college town) and other cities in Colorado and Washington, down the West Coast, and then get dropped off back home in San Diego while they would continue back home. The tour was booked for January, which kind of felt like it could be a bad idea, but I didn’t really know how bad of an idea it was until we were driving through a National Forest in Northern Idaho in the midst of over a foot of snow, or over the Snowqualmie Pass in a heavy snowstorm.

Our booking agent was very detailed, always crossing his t’s and dotting his i’s, and since I was really the only member of the joint tour who was ever checking email, I followed it fairly closely. But I didn’t follow it closely enough. You see, I’d fallen into this trap that many musicians, entrepreneurs, and managers fall into. The minute someone else offered to start taking care of things for me, I said, “Amazing!” and I took my hands off the wheel, and then I started to doze off. The issue with that is, in the vehicle that is a career in independent music, you are always driving the damn thing.

Had I scanned those emails more closely, I’d have noticed that we only had one, possibly two shows with guarantees on the entire tour. I would also have seen that we only had a few shows with any local support on the bill. What a difference that makes.

I didn’t fully realize the impacts of these choices until we played a show in Eureka, California. A reporter from the local paper had interviewed me and provided an amazing full-page write up of the show. It had been listed as “the event” to go to in multiple papers the night that we were in town. I really thought people would come to the show based off of the press. Boy, was I fucking wrong about that!

We arrived at the venue, which had a breathalyzer vending machine in the back (where you could pay $2 to blow into a machine on the wall which would supposedly tell you if you were sober enough to drive) and a ton of reggae posters and flyers all over the place. Really nice venue, with an elevated stage and everything, but completely the wrong place for us. It began to pour outside, a cold and bitter rain, and I started to have a bad feeling about the entire evening.

In the aptly-named upstairs “green room,” a guy who was a friend of the venue came in with an inconspicous backpack. He unloaded two Mason jars full of homegrown weed, screwed off the tops, and began rolling giant joints on the table. He very kindly offered us some. It was the only local support we got that evening. (And it was amazing, don’t get me wrong.)

Do not underestimate the value of a guarantee.

After playing a show to two super drunk construction workers, where we received possibly a max of $35 for our evening of music (bless the owner who took pity on us), we came across another problem: we had nowhere to stay. And not only did we have nowhere to stay, we also had no one to ask, because there was no local support at this show. Nothing was open in the small town by the time we finished. We made our way down the street until we found a cheap-ish hotel where we had to throw out $75 or so for a room for three people plus a dog.

Do not ever underestimate the value of local support. Even if you play a show to no one but a local band and perhaps their boyfriends/girlfriends/housemates, if you are playing to anyone with 20% of a human soul, that can be worth the entire evening. The kindness of local bands and musicians is so much of what keeps independent musicians going. A local band will know somebody who knows somebody that you can stay with, or someone who’s housesitting, or someone who works at a hotel, or someone who works at a restaurant or a bar. A local band will tell you the best spots in town to get a cheap breakfast. Making friends with a local band will mean a warm welcome the next time you go back to Moscow, ID or Charleston, WV or Denton, TX. Locals are everything when you’re touring at a certain level. And I’d argue, even when you’re touring above a certain level. Who doesn’t love a good recommendation for the best late night diner or brunch in town? Be grateful. Be gracious. Be kind. Be appreciative: all lessons I wish I’d learned earlier in my career.

Do not underestimate the value of a guarantee. If you’re not playing for a guarantee, you’re basically going on a vacation where you’ll work harder than you will at your day job or probably at any point in your everyday life, maybe unless you’re a parent. Even so. I recognize that many of you are not to the point yet where you can book an entire tour, including Monday and Tuesday shows, with guarantees. It took me a really long time to get to that point. If you’re not there yet, do the next best thing: book your tour around several guarantees and fill in the blanks after that. $100 there and $300 there and $75 there add up, and if you book your tour properly, you can cover the estimated cost of gas with 5-6 guaranteed shows. Also remember to plan for things not going according to plan, and do a few pre-tour estimates where one, maybe two of your guaranteed shows fall through. Shit happens! However, in my experience, shows with guarantees are far less likely to screw you over than shows without. People who put on shows with guarantees have more invested in the show than, say, a 19-year-old experimental Communist who reluctantly agreed to let you perform in his anarcho-punk coffeehouse on a Monday night. 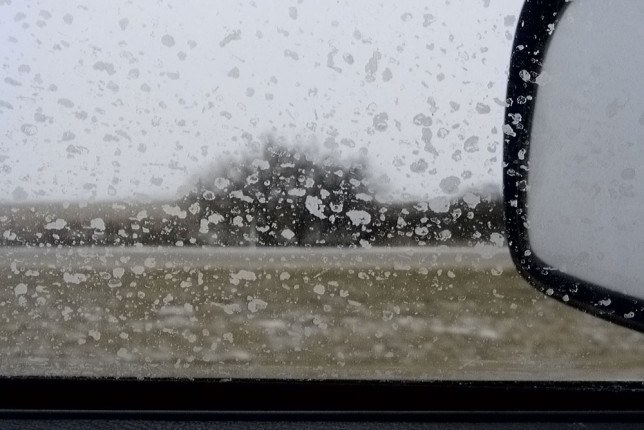 I don’t care whether you agree or disagree with my point of view about music as a career. I am in this to make a living, and so my choices are different than people for whom music is something that you’re doing before you go back to art school. Whether your music is a career, a hobby, or something in between, you should still plan your tours more intelligently than I have at certain points in my career. Touring costs money. It costs time. It’s one of the most amazing and fun things I’ve ever done in my life, and it’s also one of the most demanding and difficult things I’ve ever done. If you feel like paying money out of your own pocket to do 14-hour drives, put tens of thousands of miles on your vehicle, eat shitty gas station food, and deal with all the other variations of crazy shit that touring can throw at you, all to share your music with a few dozen people scattered across the country, then by all means, be my guest, but that doesn’t cut it for me anymore.

Normandie Wilson is a singer, pianist, composer, multi-disciplinary artist, and fashionista living and working in sunny San Diego. She has released 11 albums of original music since 2007, along with a (hilarious) book about her experiences in the music industry. Normandie plays with San Diego bands Blue Velvet, Casino Royale, and occasionally with SoCal indie-pop mariachi legends Red Pony Clock. After years of extensive national and international DIY touring with her music, she recently stepped into the life of a working musician, and boy—it’s nice to be able to write off wigs, makeup, and pantyhose on your taxes. Normandie also devotes her time to creating visual art, working in photography, painting, and stained glass. She loves to write about what really happens when you’re working at a piano bar and the lessons she’s learned from the untamed no-man’s land we call the “New Music Frontier.” Normandie’s music blogs have shaken the internet up since 2012, and she is excerpted in the latest book from indie music guru Martin Atkins. You can step into her fabulous online world at her website.

View all posts by Normandie Wilson →