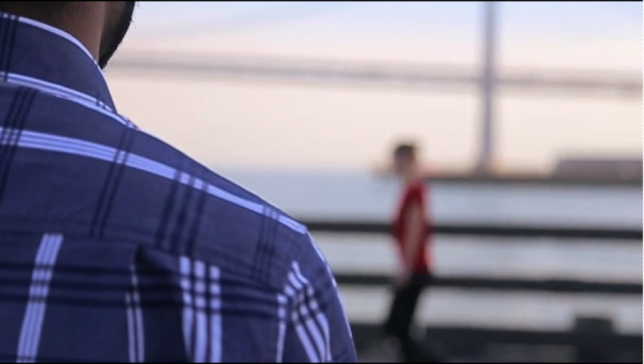 Photo still from test footage of Sea of Fog. Photo by Cory Boldt.

Imran Siddiquee is a writer and filmmaker based in the Bay Area. He was previously a founding staff member of The Representation Project, where he helped develop documentary films and advocacy campaigns around transforming the representation of gender in the media. His short film, Sea of Fog, is currently being funded on Seed&Spark.

The particular joy of crowdfunding a film isn’t in the raising of money, but in the building of the crowd. Since most filmmakers are already creating for an audience—believing that their work will be seen and matter to someone beyond themselves—a crowdfunding campaign is like a sneak peek at how far your film might reach and what it might be like to one day sit amongst an audience watching your vision unfold onscreen.

Growing up in central Illinois, I didn’t know the name of any South Asian American directors or actors.

But I imagine the rush of fundraising for a film by building a community is heightened if you happen to be a person of color, or anyone who isn’t an able-bodied, straight, white, cisgender man.

Since we still have a film industry where the biggest blockbusters and most “crowd-pleasing” films each year almost never star someone who isn’t white, kids of color aren’t growing up seeing themselves saving the day in packed theaters very often. As a result, they are one step further removed from the dream of creating those kinds of films, for those kinds of audiences.

Yet, there is a particularly important sensation that comes from seeing someone who looks like you centered onscreen in front of a rapt crowd. I know this because it’s happened occasionally in my life. Watching Aladdin as a kid, or even Slumdog Millionaire during the height of its Oscar buzz, has always been something strangely affecting. But as comedian Aziz Ansari once joked, white boys and men must get that rush every time they go to the movies, from childhood through adulthood.

Everyone else is less accustomed to hearing the roaring crowds behind them or anyone who looks like them. Inside or outside a movie theatre. Growing up in central Illinois, for instance, I didn’t really know the name of any South Asian American directors or actors. And it wasn’t until I realized that they existed, sometime in high school, that I could truly start imagining myself as someone who might make movies.

So though it is a small thing, especially in regards to such a tiny project, the experience of crowdfunding my first short film Sea of Fog over the past three weeks has been uniquely exhilarating.

It of course doesn’t erase the knowledge of the exclusion people of color continue to face in Hollywood, but it does offer a meaningful opportunity for affirmation outside my closest circle of family and friends. And it’s worth noting that the majority of our contributions have come from women and people of color.

I’ve begun to understand that this kind of community filmmaking, with funds raised independently of the system, isn’t just revolutionary because it challenges the status quo of Hollywood, but because it also visibly challenges the cultural status quo around who is capable of building a crowd behind their art—whose work deserves to be seen and supported.

Though my campaign is modest, I’ve already received notes and messages from other artists of color expressing a desire to do something similar in the future. I myself was motivated to begin after seeing a friend crowdfund her own dreams, which suggests that the ripple effect of community-funded films by people of color extends beyond the number of supporters.

So while Sea of Fog is a very specific attempt at producing a short, romantic film which challenges Hollywood’s typical depiction of love on screen (namely the way it tends to exclude women of color), I’ve come to realize that crowdfunding itself can work as a way to center a historically marginalized group in a conversation around film. And this possibility, that our campaign might show a few brown kids out there evidence that their dreams matter and that they should be seen, is the same reason I decided to make movies in the first place.